Talk of Impeachment is just that--Talk 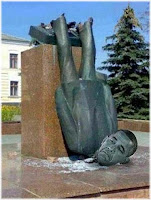 Only two Presidents have faced impeachment. One was Andrew Johnson in 1868 and the impeachment was defeated by one vote. Cited for violating the Tenure of Office Act, it was later found unconstitutional. The other was Bill Clinton in 1998, charged with perjury and obstruction of justice, the Senate voted against impeachment on either charge.


In retrospect, if Clinton had been removed from office, the nation would have had Al Gore replace him. I have often wondered if the Senators at that time had that in mind in giving Clinton a pass. Fast forward to today and the removal of Obama would leave us with Biden.


In the wake of the Watergate Scandal Richard Nixon resigned from office rather than face impeachment. His Attorney General went to jail along with others involved, but Nixon skated. He would be pardoned by President Gerald Ford.


There has always been talk of impeachment of presidents and other federal officers by those who believe they have grounds to bring such action in the House. It is rare, however. The House has initiated proceedings only 64 times since 1789 and only 19 resulted in Articles of Impeachment that were then submitted to the Senate for a vote.


President Obama has generated a lot of talk of impeachment, but it is my view that impeachment is such an inherently political act, that few in Congress have wanted to grapple with the indictments. Impeachment is a politically radioactive option spelled out in Article II, Section 4 of the Constitution, citing “treason, bribery, or other high crimes and misdemeanors” as cause.


In January Rep. Steve Stockman (R-TX) said he would initiate impeachment proceedings against President Obama if he should implement new gun regulations via executive orders or actions. Speaking to Fox News in January, former Attorney General Edwin Meese, said “If he tried to override the Second Amendment in any way, I believe it would be an impeachable offense.”


The political reality of our present times is that the Senate is controlled by Democrats and they are unlikely to vote to convict President Obama. Should power in the Senate shift to Republicans in 2014 and should they retain power in the House, Obama would face the possibility of impeachment, but one suspects both houses of Congress at that point would want to concentrate on repealing Obamacare and reducing the nation’s growing debt.


A lengthy article, “The Growing Case for Impeachment of Obama”, posted on World Net Daily on February 10, called on the legal expertise of several scholars and, in general, they found grounds for impeachment in only a few instances.


Among the grounds cited was the White House cover-up of Operation Fast & Furious, an Alcohol, Tobacco and Firearms program that managed to lose approximately 2,000 weapons across the U.S.-Mexico border, presumably to drug lords, and tied to the deaths of as many as a hundred people, including a U.S. Border Patrol agent. Congress eventually held Attorney General Eric Holder in contempt, but a U.S. attorney ignored Congress and did not bring charges against Holder. Despite invoking executive privilege, President Obama would not likely be impeached.


Sen. Rand Paul made some history with his filibuster concerning whether the President has the right to use drones to kill anyone deemed a terrorist on U.S. territory. He has already used drones in other nations to kill al Qaeda leaders, including a U.S. citizen in Yemen, Anwar al-Awlaki, in September 2011. The White House issued a “white paper” justifying the use of drones and Fox News’ Judge Andrew Napolitano said it was so vague that it could be cited should Obama take such action in the U.S.  One of the WND legal scholars, Bruce Fein, argued that the killings were “tantamount to murder.” Fein said, “You can’t have a democracy and the rule of law if you never get to know what the facts are and you just have to accept what the government says there are.”


What Obama and earlier Presidents have learned is that Congress has always preferred to delegate decisions to the chief executive or let government agencies write any regulations they want rather than exercise strong oversight. This is a serious breach of its constitutional duty.


Among the other actions by Obama cited as grounds for impeachment are his appointment of “czars” to advise him, none of whom were subject to the advice and consent of the Senate. He ran afoul of Congress when he made recess appointments to the consumer Financial Protection Bureau and the National Labor Relations Board. Subsequently, the U.S. Court of Appeals ruled that the NLRB appointments violated the Constitution because the Senate was, in fact, in session. The appointments remain intact, sinking into the morass of Congressional indifference.


Suing Arizona for enforcing federal law with one of its own, issuing an executive order illegal-alien amnesty for those brought here by their parents, refusing to defend the Defense of Marriage Act, and, most potently, conducting war against Libya without consulting Congress. The cover-up of the Benghazi attack with its subsequent lies would seem grounds, but here again those in Congress trying to secure information about it have been largely stonewalled.


Steven Goddard, whose Real Science blog is must reading, recently noted “a few things Obama forgot to mention before the election”


# He didn’t plan to balance the budget.


# He planned to kill Americans on US soil without trial.


# He planned to trash the Bill of Rights.


# He planned to confiscate American guns.


# His primary goal for the next two years as to trash Republicans ahead of the 2014 elections.


# He planned to personally control the climate.


# He planned to do everything by executive order and bypass the Congress.

We have a Democrat controlled Senate, Obama has NO chance of facing impeachment, not until, or IF the Senate changes hands, and even then, with RINOs like McCain, who knows...

Everything in this administrations reeks of corruption and more and that includes the house and senate.

So that's why Biden is still around.

Excellent article, examining the survivability of Obama against impeachment. A point of clarifaction: Anwar al-Awlaki was killed 09/30/11, not in 2001, and it was not at the hands of Obama. Thanks, Alan. You do yeoman's work.

No Seamusdubh, Biden is why Obama is still around ...