Global Warming Fraud: Somebody Needs to Go to Jail 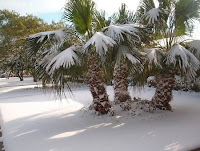 The revelations that scientists at the University of East Anglia’s Climate Research Unit (CRU) doctored the data supporting the global warming claims of the United Nations’ Intergovernmental Panel on Climate Change (IPCC) means that EVERYTHING attributed to or based upon “global warming” is invalid.

It means the Kyoto Climate Protocols that nations agreed to on December 11, 1997 and which entered into force on February 16 2005, and all subsequent agreements based on “global warming” have no validity, scientifically or as the basis for public action by any nation, state, province, city or town.

It means that Al Gore’s pusillanimous “documentary” is a fraud along with just about every other statement uttered by any scientist, academician, or politician claiming that something, anything, should be done to avoid “global warming.”

There is no “global warming”, if by that discredited term, you mean a dramatic increase in the Earth’s temperature, the vast rising of ocean levels, the melting of the polar ice caps, and the thousands of other things attributed to a massive fraud orchestrated by the IPCC and a vast network of scientists and environmental groups that benefited from the billions of U.S. taxpayer dollars they received in grants and other payments for their “research.”

Global warming, allegedly the result of rising levels of “greenhouse gas emissions”, primarily carbon dioxide (C02), underwrites the sale of “carbon credits” that industries, utilities, and other entities purchased for the “right” to use energy and as further revelations about the doctoring and virtual invention of false scientific data become known, it means those sales were a complete fraud.

It was never really a secret. You could have read about in “Climate of Extremes: Global Warming Science They Don’t Want You to Know” and a dozen other books I can put my hand on this very moment. The only thing missing was the proverbial “smoking gun” and the revelations about the CRU now confirms what the “deniers” and “skeptics” kept saying.

It’s worth keeping in mind that in several Northeastern States, utilities were required by law to purchase these worthless carbon credits and spend millions, not on improvements to the electric grid, not on building more capacity to serve their customers, but on what is worthless paper.

Someone needs to go to jail.

The release of thousands of emails and other data, now believed to be the work of a conscience-stricken CRU insider, will as they are examined in detail reveal what has long been known to those actively opposing the “global warming” fraud. As Christopher Horner, the author of “Red Hot Lies”, recently noted, the CRU and its lead scientists refused for years to release the data which they alleged proved that “global warming” was happening.

This data and the periodic reports of the IPCC are the basis for the existence of the IPCC, the Kyoto Protocol, and the “cap-and-trade” legislation awaiting a vote in the U.S. Congress. Horner observed “After running out of excuses, in September CRU’s Phil Jones simply claimed that he had lost the data so, sorry, no one can check it.” Horner called it “implausible beyond comprehension.”

And yet the United States and the representatives of many other nations will gather in Copenhagen in December for yet another UN conference on climate change, the now preferred synonym for “global warming.” Basing any international treaty on climate change or global warming is an utterly deceitful act.

The IPCC conference is based on the original Kyoto Protocol and, since there is no global warming, and since the science supporting it has been revealed to be false and misleading, no action should be taken other to disband the IPCC entirely.

All U.S. laws and regulations based on the so-called “global warming” should be reexamined and exorcised from the Congressional Register and from all state bodies of law. Most certainly, “cap-and-trade” should be withdrawn from further consideration.

Beyond that, school books about the environment must now be reviewed to determine how much of their content is invalid as well.

The undoing of this fraud must begin and begin NOW!
Posted by Alan Caruba at 6:01 AM

A big part of that fraud is our own public newsmedia, the PBS NewsHour.

Just on the 18 September NewsHour, Margaret Warner stated that: "this huge team of scientists from all over the globe issued these unanimous warnings about the really extreme danger to the planet."

One of the UK's leading propagandists, George Monbiot, has said:
"I apologise. I was too trusting of some of those who provided the evidence I championed. I would have been a better journalist if I had investigated their claims more closely."
[see Climate Depot for link]

We should demand the same from our tax-supported NewsHour.

Here is their feedback link:
http://www.pbs.org/newshour/letters.html

Yes, indeed. The mainstream media and government media like PBS have been the lapdogs to the global warming liars.

They should be held accountable.

I was always highly suspicious of the whole idea of 'global warming' especially when the liberals and greens started telling us it was 'our fault'
I am also highly sceptical about the Big Bang theory, but that is another issue.

Maybe we should have war crimes trials for these bastards -- some sort of climate fraud Nuremberg.

Well, OK, maybe we really shouldn't propose for them what some of them suggested should happen to us skeptics, or climate realists.

But, they certainly deserve anything and everything coming, including job loss, professional disrepute, lawsuits, and yes, even jail.

Can we expect Algore to surrender his Nobel Peace Prize and his Academy Award?

I'd think that those institutions responsible for qualifying him (and his *An Inconvenient Truth*) would, like the International Olympic Committee, be held to standards requiring that achievements discovered to be fraudulent or otherwise tainted be retroactively penalized.

Consider that bloated, blithering, bozo as one has to consider an athlete found to have been pumping performance-enhancing drugs, and the ineluctable logic of the proposition becomes utterly convincing.

Actually, given the contents of the HARRY_READ_ME.txt, it's not implausible that they just plain over-wrote the original data through sheer incompetence.

Didn't we just have a U.S. Supreme Court decision that says that CO2 is a pollutant!

How in the world does the Supreme Court "undecide" its decision on CO2?

We are indeed so lucky that the temperatures happen to be going down.
Given the absolute uncertainty in the weather behavior, the temperatures could well be going up, in which case this would be used as an incontrovertible 'proof' of warming.

I agree ... somebody does need to go to jail. Left unchecked, a fraud of this scope and magnitude is potentially more damaging than the Bernie Madoff scandal, the wall street fiasco, and the mortgage banking collapse combined. Where is the outrage? Where is the hard hitting reporting? Can you imagine the media frenzy we'd be seeing if a fraud like this had been perpetrated by the Bush administration? I challenge the media to put their partisan politics aside for once, and expose these people for who and what they are before it's too late ...

You're right, Thomas H. The Supreme Court did rule that CO2 was a "pollutant." The SC has often made very bad decisions with serious consequences. The Dred Scott decision that led to the Civil War comes to mind.

Next, the SC in its infinite wisdom will strike down the law of gravity.
It's amazing what you can do with science when you have power.

The real criminal element in this whole fraudulant fiasco, this religious-like conversion to AGM/the corruption of CO2 of the worlds MSM and political num heads has got to be this: these pseudo scientists, pervayors of spin and lies have it in their power to destroy the lives of millions and result in the deaths of further millions on the Third World.
This whole disaster has now a momentum of its own and will not stop because of a few hot expose e-mails and documents from the CRU. Already the minimisation and attempted cover-up is in operation; for all his exaspration and hand-wringing, 'Moonbat' Monbiot and his ilk will get over their convulsions and business as usual will be the oreder of the day.
This AGM palaver will continue, some level of Cap and trade will come into existance, people will die as a consequence, we will all suffer some effects until that Great Equaliser, Mother Nature comes to prove how pathetic it was for our useless leaders to even have the temerity to contemplate the idea that they could tame Her.
These 'scientist', who don't deserve the name or recognition, should be pilloried and banned to the scientific wilderness. It won't happen - evil peasants.