What the Sex Lives of California Mice Can Tell You 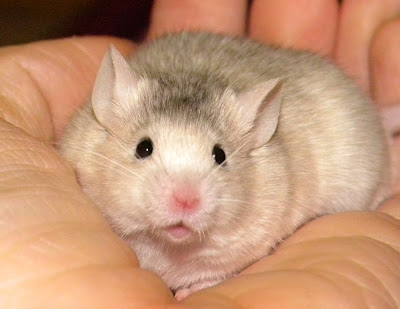 According to Cheryl Rosenfeld, an associate professor of biomedical sciences in the University of Missouri’s Bond Life Science Center, loading up a bunch of California mice with a mega-dose of bisphenol A (BPA) showed researchers that “What we have observed in those models is that BPA affects male rodents differently from females.”

The February 11 UM news release that announced this was titled “Bisphenol A affects sex-specific reproductive behaviors in a monogamous animal species” with a sub-headline that said “Animal findings suggest that gender may also influence chemical risks for humans.”

So, humans are expected to demand that BPA be banned based on the behavior of BPA-besotted California mice, but not the deer mice on which previous similar research was conducted. As noted in the release, “The two rodent species have contrasting mating behaviors.” That’s right, it depends on the sexual proclivities of the species of the mice involved and one has to make a mighty leap of faith that Ms. Rosenfeld’s research applies to humans.

Rosenfeld’s earlier work received notice in a January 2, 2013 Science Daily article which pointed out that, “Following a three-year study using more than 2,800 mice, a University of Missouri researcher was not able to replicate a series of previous studies by another research group investigating the controversial chemical BPA.”

A synopsis of the earlier study noted that “Rosenfeld’s group extended the studies to include animal numbers that surpassed the prior studies to verify their findings were not a fluke and to provide sufficient numbers of animals to ensure that significant differences would be detected if they existed. However, even these additional numbers of animals and extended experiments failed to reproduce the earlier findings.”

It’s worth noting that Ms. Rosenfeld’s later research involving monogamous California mice represented a dose that is a 1,000 times greater than a human would ingest. This research suggests that the anticipated outcome would demonstrate that BPA is harmful.

It reflects a global propaganda campaign to ban a chemical that has been safely in use for fifty years. This campaign is the subject of my six-part series on BPA that can be found at http://thebpafile.blogspot.com/, a blog I maintain that includes other articles on the subject.

As noted on The BPA File, “In 2011, ‘the German Society of Toxicology released a review of more than five thousand previous studies of PBA exposure that concluded that BPA exposure represents no noteworthy risk to the health of the human population, including newborns and babies. Researchers concluded that BPA is neither mutagenic nor likely to be a carcinogen.”

Five thousand studies! At what point does 50 years of safe use to coat the insides of aluminum food cans, protecting the contents against food pathogens such as botulism, put this campaign by environmental groups and others to rest? How many more studies do we need to demonstrate the safety of BPA in making shatterproof safety goggles, DVDs, and scores of other products we use every day?

In March 2012 an Associated Press health reporter, Matthew Perrone, reported that “The Food and Drug Administration has rejected a petition from environmentalists (the Natural Resources Defense Council) that would have banned the plastic-hardening chemical bisphenal-A from all food and drink packaging, including plastic bottles and canned food.” The petition was rejected because the “petitioners did not present compelling scientific evidence to justify new restrictions…”

How compelling is yet another study that involved feeding California mice 1,000 times more BPA than humans would ever ingest? And how would any rational person conclude that alleged changes in monogamous California mice—but not the polygamous deer mice—could be extrapolated to suggest that humans would be affected?

An August 8, 2011 editorial in The Wall Street Journal, “Postscript to a Panic”, noted a study, “financed by the EPA…involved feeding (human) subjects a BPA-rich diet for 24 hours. Researchers then monitored their blood and urine for traces of the chemical” only to find that “the result was BPA levels too low to detect.”

The sheer absurdity of the campaign to get BPA banned reflects a deeper, more sinister agenda by environmental organizations like the Natural Resources Defense Council. It is the belief that the Earth’s human population must be reduced to protect it. Banning BPA would put millions at risk of death from food-borne diseases like botulism.

Given the tenacity with which such groups prosecute their agendas, we can be assured that these obsessed anti-BPA “researchers” aren’t going to go away.

There are a number of things I want to say about mice, their sex lives and reproductive habits but I just can't get them in a format that would be acceptable to print...

That's the research I want to get involved in... :)

Come on, Fred. Everyone knows the plural of mice is mices. :-)

And you really don't want to know the terminology for a female moose.. LOL

There you go again! The plural of goose is obviously gooses. Moose are clearly mooses. A lot of deer are deereses. And ducks are, well, ducks.

If you were from New Jersey, you'd know this stuff.

Alan, mice in no way should be used in research as they are not compatible with humans. So much research has been wasted over the years because scientists have used mice which don't react or behave the same as us. Pigs are the most compatible.

This is a classic example of what the Bible says about all these worthless studies. "Ever learning and never able to come to the knowledge of the truth." 2 Tim 3:7

...“the result was BPA levels too low to detect.” ??? If the BPA was so low that it couldn't be detected, why declare that the result was low at all? Why not say that there was no BPA detected?

We need some conservative billionaire to start a "newspaper" that quotes facts and debunks all of the Liberal lies out there, with reporters that really investigate and root out the truth.

All these specious research results would disappear if their funding were terminated! Just think of all the money the 'government' could save!

Alan, as you know, I am NOT from NJ... God KNEW what he was doing when he sent a redneck like me to Texas.. :)