Tell me again. What is this Election About? 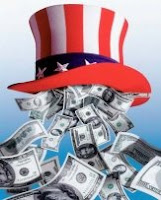 This was supposed to be a campaign decided by the issue of bringing troops home from Iraq. That had been Barack Obama’s theme over months of campaigning in the primaries.

The troops are coming home, but only because we are close to saying “Mission accomplished” and this time it’s true. The first time, as best as I can remember, President Bush was referring to the initial success of the Iraq invasion that routed Saddam Hussein’s army.

After that, well, the “liberated” Iraqis went nuts with a lot of help from al Qaeda and the Iranians stirring up sectarian discord. It didn’t take much effort. Eventually, though, even the Iraqis tired of the senseless killing.

As the U.S. draws down most of its troops, leaving enough to provide back up to the Iraqi military, Iraq will return to business-as-usual which means a high level of corruption, all focusing around the distribution of oil wealth. Meanwhile, countless al Qaeda martyrs have been hunted down and granted their wish for 72 virgins. So, yes, “Mission accomplished.”

The election is no longer about Iraq. Or even Afghanistan. I suspect that most Americans couldn’t find either on a map.

Then the election was supposed to be about energy. The advent of $4.00-a-gallon gasoline put issues of senseless ethanol mandates and the fact that Congress has forbidden oil and natural gas drilling for 85% of our nation’s coastlines right at the top of voter’s concerns. As oil prices began to fall, however, so did the urgency of energy as a compelling issue.

Now the election is about the economy. In a way, all elections are about the economy. What is nothing less than astonishing, however, is the public’s rather blase attitude to problems that would in previous times have people panicking in the streets and trying to pull their money out the bank.

A lot of this has to do with the view that the federal government has an endless supply of money and can make good the mortgage loans made to people who could not really afford a home and, if normal lending judgments were exercised, would have been denied a loan. You don’t have to exercise such judgment, however, if you know the federal government is good for every dollar you lend.

The result is that Fannie Mae and Freddie Mac were literally “seized” by the federal government in order to keep the entire banking system from going belly up. This is certainly a better response than the bad old days of President Herbert Hoover who did nothing and gave us the Great Depression.

The legacy of the Great Depression of the 1930s was Franklin D. Roosevelt’s efforts to try anything that would restore confidence in the banks and put some dollars into people’s pockets because money was not circulating or being invested as behooves a market economy.

What remains from those desperate days are entitlement programs like Social Security, Medicare and Medicaid that did not anticipate people living much beyond age 65. They do now and where is the money going to come from to send them their monthly check or pick up their hospital bills?

The fact is government has intruded into the marketplace to a point where normal banking and investing judgments were suspended and the inevitable “bail out” came due. One of the most essential functions of government is to protect the value of the U.S. dollar. Anything government does that undermines that should be subject to criminal charges. That means, of course, that everyone serving in Congress since the 1940s has been derelict.

Generations born during and since the 1950s have been educated to blithely believe that government is the answer to all their needs from cradle to grave. The result is a lot of people who have few savings and a lot of debt.

The reality is that government is so intrusive with its high taxation of both corporations and individuals, with its massive regulation of all commercial and agricultural activity, with its entitlement programs that distort the budget, and with its mind-boggling wastefulness, that if Sen. McCain could make good on just a small part of the change he promises, it would be a very good thing for America.

Obama will give you higher taxes, but the money will just be plowed into more entitlement programs for the “poor.” We have had generations of poor people because government has not demanded they stay in school, learn a trade, qualify for higher education, or get a job. We didn’t get any real welfare reform until the Clinton years and that was because of the famed 1994 Republican Congress.

If this election season is any indication, Americans have the attention span of fungus.
They haven’t quite figured out that the government will have to get the bailout money from somewhere and that “somewhere” is them, their children, and their grandchildren.
Posted by Alan Caruba at 4:49 PM