The EPA's Planned Destruction of the U.S. Economy 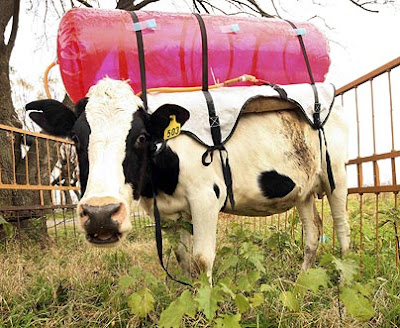 By Alan Caruba
If there was no other reason to defeat President Obama in November, it would be the planned destruction of what is left of the U.S. economy by the Environmental Protection Agency.
In “A Look Ahead to EPA Regulations for 2012” the minority staff (Republican) of the U.S. Senate Committee on Environment and Public Works has issued a chilling review of a massive rise in the costs of living for all Americans, massive layoffs in all sectors of the economy, and the destruction of the nation’s energy and manufacturing sectors.
The report provides a nightmarish look at the regulations that EPA plans to initiate, having put them under cover prior to Election Day in order to hide President Obama’s agenda of attacking the energy sector and businesses large and small.


Greenhouse gas regulation via the Clean Air Act
An Ozone rule
Hydraulic Fracturing
Florida’s Numeric Nutrient Criteria
EPA’s water guidance under the Clean Water Act
Stormwater regulation
Tier II Gas regulations
Boiler MACT rule
Cement MACT rule
316(b) Cooling Tower rule
Coal ash
Farm dust regulation
Spill prevention control and Countermeasure rule
These proposed regulations in aggregate, if enacted—that is to say if not stopped by congressional action based on Republican control of both the House and Senate—would prove disastrous, starting in 2013.
For example, the utterly bogus greenhouse gas regulations are based on the debunked global warming theory that says too much carbon dioxide (CO2) in the atmosphere is causing the Earth to heat when, in fact, the Earth has been cooling since 1998 and there is zero evidence that CO2 has any impact on the temperature of the planet.
The greenhouse gas regulations would, the report estimates, “cost more than $300 to $400 billion a year, and significantly raise the price of gas at the pump and energy in the home. It’s not just coal plants that will be affected: Under the Clean Air Act, churches, schools, restaurants, hospitals and farms will eventually be regulated.”
If you love poverty, you will love what the EPA intends to impose on the nation.
One astonishingly stupid aspect of greenhouse gas regulation is called the “cow tax” in which ranchers will be required to pay a cost-per-animal permitting fee. More than 37,000 farms and ranches would be subject to greenhouse gas permits at an average cost of $23,000 per permit annually. It would affect more than 90% of the livestock production in America and drive the cost of meat and pork out of sight.
As to regulating ozone, the EPA itself “estimated that its ozone standard would cost $90 billion a year, while other studies have projected that the rule would cost upwards of a trillion dollars and destroy 7.4 million jobs.” Ozone is created and destroyed naturally in the atmosphere by the sun. It is most noticeable over the poles where it has waxed and waned for billions of years.  So-called ozone holes show up over active volcanoes. Apparently the EPA wants to regulate the sun and volcanoes.
The technology of hydraulic fracturing occurs well below the water levels and frees up access to natural gas and oil. Naturally, many agencies in the Obama administration are doing whatever they can to shut it down with costly permit and efforts to link it to water contamination. It holds the promise of driving down energy costs nationwide.
If President Obama is reelected, billions of dollars would be imposed on virtually every aspect of life in America, either directly or through the rise of the cost of everything. This reflects the Greens obsession with destroying the greatest economy the world has ever seen, our standards of living and the quality of life for every man, woman and child in America.
© Alan Caruba, 2012
Posted by Alan Caruba at 1:45 PM

Once again the UN Agenda 21 rears it's ugly head disguised as the EPA which quite simple is just a wing of the UN anymore. The agency needs to be disbanned. It serves no legitimate purpose other than to ruin the US Economy.

The hard truth rears its ugly head: Even after Obama is exorcised, there will still be Muslim terrorism and the EPA (and all those others in the Insane Left, like Reid and Pelosi, and anywhere one goes to find the news). I agree with you entirely here, on the EPA, of course.

My disproof of the greenhouse effect is here, and it is the definitive demonstration of the utter emptiness of the "global warming" hysteria. Also, there is continuing outright fraud in the temperature adjustments climate scientists are performing in order to support their false global warming theory, and I have reported on that, again very simply, shortly and definitively, here.

EPA needs to be deleted as a federal agency.

The EPA is a clear and present danger to Homeland Security.

Furthermore, all former employees should be banned from future federal/state/county/city employment and their pensions revoked.

Let us send a message to the worthless human parasites who would do anything for a federal job.

We must get out the vote to stop the Obamunists from shutting down the whole country's economy. Let me count the ways it would help get us up and running again. Thanks, Alan. You are the modern Paul Revere.

Okay, according to the govt, cow farts are horrible and should never be allowed. Unless of course the rancher pays a fart permitting tax...then it's okay for his cows to fart all day long. My question, where does this money go and what is it used for to make it okay to allow farting cows? How does paying the govt a tax reduce the damage from cow farts?

Several things need to happen if the USA is to survive.

Those 3 things will put this nation back on an even keel, they won't SAVE us, but it's a hell of a start...

The price of liberty IS eternal vigilance. We have been fighting socialists continuously since the beginning of this nation. We will be fighting them throughout time unending. The EPA must be abolished, and the zombies that work there must be Un-brainwashed, and returned to the private sector. Educate your children so they may continue the struggle to keep liberty alive.