The Oceans Are Neither Rising, Nor Turning to Acid 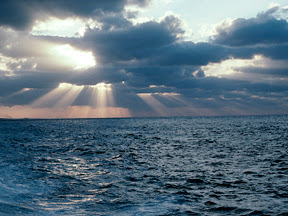 When you consider how deeply in debt the nation is, you might think that scientists from the United States Geological Survey (USGS) would want to avoid wasting taxpayer dollars studying “ocean acidification in the Arctic and what this means for the future survival of marine and terrestrial organisms.” You would be wrong.

Like so many government agencies that were originally established for legitimate reasons, the USGS has been corrupted to advance the greatest hoax of the modern era, global warming, aka climate change. A visit to its website shows that its major concerns these days include “climate and land use change”, “ecosystems”, along with “energy and minerals, and environmental health.”

My dictionary defines geology as “1. Scientific study of the origin, history, and structure of the earth. 2. Structure of a specific region of the earth’s surface.” It says nothing about “environmental health” or “ecosystems.” One might also expect the National Oceanic and Atmospheric Administration to be more interested in the alleged ocean acidification than the USGS geologists.

We have arrived at the sad and dangerous point in our history when our government’s agencies are just as likely to be used to advance the global warming./climate change hoax as to be engaged in the original and actual functions for which they were established.

It gets worse. There is no scientific justification for a bunch of geologists to be studying ocean acidification. According to USGS Director, Marcia McNutt, “Ocean acidification is a particularly vexing problem associated with the release of carbon dioxide (CO2) into the atmosphere from the burning of fossil fuels because it interferes with the ability of marine organisms to build hard shells of calcium carbonate.” Wrong, wrong, and wrong.

Why is the USGS worried about “marine organisms”? If the object of geology is to study the structures of the earth’s surface, why are they collecting samples of Arctic water to study the utterly bogus claim that marine creatures are endangered?

The answer lies in aspects of the biggest collection of lies and predictions about the earth, the reports of the Intergovernmental Panel on Climate Change (IPCC), the United Nations vehicle for the dissemination of the global warming/climate change hoax.

In its Forth Assessment Report (AR4) it pushed the lie that the oceans were rising and would swamp everything by 2100. The rate of sea rise since AR4 has actually decreased by about 25%. Ocean acidification is just another one of its lies.

A team of scientists recently released a report debunking the IPCC prediction that there would be a massive die-off of ocean plankton due to ocean acidification. That's not happening either.

As for acidification, the alleged increase in the pH factor—the measurement of the amount of hydrogen ion concentration in a solution—has long since been debunked because for at least the last 600 million years, if it were true it would have dissolved the ocean’s limestone deposits, none of which have been dissolved through all of that time.

In fact, as Cliff Ollier, an emeritus professor of geology, has noted, “Marine life flourishes where CO2 is abundant. Over geological time enormous amounts of CO2 have been sequestered by living things, so that today there is far more CO2 in limestone than in the atmosphere or ocean. This sequestration of CO2 by living things is far more important than trivial additions to the atmosphere caused by human activity.”

The USGS is not telling the truth about CO2, especially when it asserts that “mining and burning of coal, the mining and smelting of metal ores, and the use of nitrogen fertilizer are the major causes of chemical oxidation processes that generate acid in the Earth-surface environment.” It is no accident that these alleged “causes” all have to do with the provision of energy, products that use metals in their construction, and crop yields on which humans and livestock depend for food.

The USGS forgot to include the tons of CO2 that are exhaled daily by the seven billion humans on earth.

Add ocean acidification and falsely asserted rapid rise of sea levels to the list of things the IPCC, the USGS, and NOAA, among others, are lying about.

Its worth remembering that corals first evolved during the Cambrian and Ordovician eras, during which atmospheric CO2 levels were 2000-10000 ppm. This AGW and ocean "acidification" anti-scientific scam needs to be exposed - it will do far more damage than CO2 - a gas essential for life - ever will.

pH decrease with acidification - or should I say "acidification" where the great carbon dioxide hoax is concerned.