The End of Freedom in America 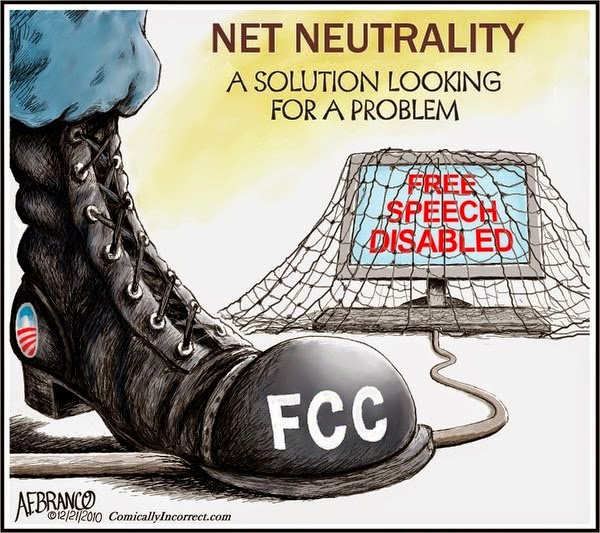 
The America that has existed from the days of the Declaration of Independence in 1776, when its sovereignty was acknowledged by a treaty with England 1783, and its founding in 1788 with the ratification of the Constitution is no more. The America for which thousands fought and gave their lives is no more.


That America ends on February 26 when the Federal Communications Commission, under intense pressure from the Obama White House and with the votes of its Democratic Party commissioners asserts government control over the Internet with a 332-page set of regulations, dubbed “Net Neutrality.”


Writing in the Feb 22nd Wall Street Journal, columnist L. Gordon Crovitz summed up what will occur saying “Obamanet promises to fix an Internet that isn’t broken…The permissionless Internet which allows anyone to introduce a website, app, or device without government review, ends this week.”


“The big politicization came when President Obama in November demanded that the supposedly independent FCC apply agency’s most extreme regulation to the Internet.” Of course Obama wants the Internet regulated and of course the Democratic Party will support this move to control who gets to put up a website or blog and, more importantly, who gets to say anything critical of the President. 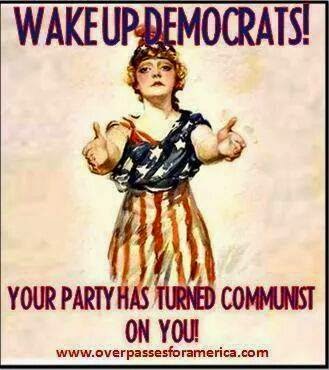 The Democratic Party has been in everything but name the Communist Party in the United States for several decades. Obama was raised and mentored to be a Marxist. What we are witnessing is nothing less than tyranny replacing democracy.


Crovitz warned that “This week Mr. Obama’s bureaucrats will give him the regulated Internet he demands. Unless Congress or the courts block Obamanet, it will be the end of the Internet as we know it.”


Earlier this week, as reported by Giuseppe Macri in The Daily Caller the FCC’s two Republican commissioners, Ajit Pai and Michael O’Rielly, asked Chairman Tom Wheeler “to delay the vote and release his proposal to the public. ‘We respectfully request that FCC leadership immediately release the 332-page Internet regulation plan publicly and allow the American people a reasonable period of not less than 30 days to carefully study it.’”


There is some evil at work here because, as the Republican commissioners point out, “the plan in front of us right now is so drastically different than the proposal the FCC adopted and put out for public comment last May.”


Shades of ObamaCare! Even the Democrats who voted that monstrosity into law had not read it. Now neither Congress, nor the rest of America is being permitted to see regulations that will determine what can and cannot be posted to the Internet, the greatest instrument of free speech ever invented since the printing press.


Commissioner Pai says that the FCC is “adopting a solution that won’t work to a problem that doesn’t exist using legal authority we don’t have.” He estimates that the regulations will add up to $11 billion in new taxes on Internet access.

In a commentary, “Neutralize Obama’s Hijacking of the Internet”, Judi McLeod, the editor of CanadaFreePress.com, said “Forget NSA, the FBI, the CIA, and all warnings sent by Edward Snowden. They’ve got nothing on how Net Neutrality will silence you.”


“Someday in the near future when you type in the words “Islamic terrorists” in an Internet post, you will be knocked off the Net and find it all but impossible to climb back on again.”


Do I think the Congress will exercise its oversight responsibilities and stop this tyrannical power grab? No. Do I think our court system will do anything other than bow to precedent set by earlier FCC regulations? Yes.


As a nation founded on and devoted to freedom of speech, I think February 26, 2015 will go down in the history books as the day when that freedom came to an end in America.


Thanks to a National Security Agency we no longer have any privacy regarding anything we say using telephones, the Internet or any other form of communication.


If the Democrat-controlled FCC has its way, the Internet will slow your access and could eliminate access countless sites that provide news and express opinions the federal government finds offensive. That's what tyrannies do.

This is an interesting article exposing who is behind this latest fiasco...The same people pushing the global warming movement.
http://www.washingtonexaminer.com/soros-ford-shovel-196-million-to-net-neutrality-groups-staff-to-white-house/article/2560702

This net neutrality was passed today. Actually this morning. Congress and the congress critters didn't say a thing. All of this is against the law.
All over Google Plus today.

Nobody in Congress appears to give a damn about the people that put them in office. We've all been betrayed.