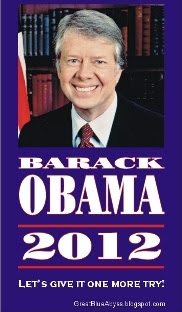 So now the House Government Oversight and Reform Committee, voting along party lines (23-17), has cited Attorney General Holder for contempt of Congress. If you are old like me, this has such a familiar feel to it. This is Watergate Redux.

It was June 1972—almost exactly forty years ago—when the bungler-burglars from the Nixon White House broke into the offices of the Democratic National Committee in the Watergate complex. It was such a clumsy, amateurish crime that they were quickly caught and their connections to the White House made known.

As is the common wisdom, it is the cover-up that is the essence of any political crime and, for Watergate, it was a slow process, best known for the reporting of two Washington Post reporters, Bob Woodward and Carl Bernstein. They were greatly aided by the second in command at the FBI, W. Mark Felt, who was dubbed “Deep Throat” at the time. In secret he provided the guidance that was invaluable to the two reporters.

Significantly, in terms of the actions of the House Committee, Watergate embroiled Richard Nixon’s Attorney General, John Mitchell, who along with the other perpetrators, went to jail. So, yes, if the AG commits a crime, he gets to do the time. And, of course, the scandal finally forced Nixon to resign.

The Fast and Furious scandal involving a bizarre scheme in which the Bureau of Alcohol, Tobacco, Firearms, and Explosives, usually referred to as ATF, actually facilitated the purchase of firearms from Texas gun stores and allowed them to be “walked” into Mexico for the use of drug cartels. Since both American and Mexican officials were saying that all the killing going on was the result of U.S. gun sales, observers tend to conclude the scheme was intended to support efforts to restrict sales in the U.S. or make them more difficult.

In the same way the Nixon White House had no real need to bug the Democratic Party offices, the justification for Fast and Furious was so spectacularly stupid as to defy the imagination, but it went seriously wrong when a U.S. Border Patrol officer, Brian Terry, was murdered, as well as an Immigration and Customers Enforcement agent, Jaime Zapata. The guns found at the scene had been ATF gifts to the cartels.

The contempt citation by the House committee is just the beginning. They have, after all, been trying for nearly a year or more to get the AG and Justice Department to cooperate in their investigation of Fast and Furious.

It is the beginning because Watergate took two years to resolve itself in the convictions of the men who participated and in Nixon’s resignation.

This is why the Fast and Furious scandal is likely to be one more factor in the defeat of Barack Obama in November, but he will be long gone by the time it plays out and, once out of office, the memory of the scandal will fade rather quickly in no small measure to the indifference of the mainstream media that has done its best to ignore the story to this point.

If, indeed, the scandal actually embroils Obama, he is likely to be pardoned in its wake just as Nixon was. Putting former presidents in jail is just too unseemly for the nation’s standing in the world.

Watergate gave the nation Jimmy Carter as voters tried to put as much distance politically between themselves and the Nixon administration. This was the same process at work when an unknown—and apparently unknowable—first term Senator from Illinois was elected in the wake of the 2008 financial crisis that too conveniently broke shortly before the elections.

It’s going to be interesting to see how Mitt Romney deals with this event, what he has to say about Holder and Obama. My bet is that he will say as little as possible. That’s the smart thing.

I wrote about Fast and Furious on my blog in May. If it plays out like Watergate did, I am going to be writing about it for at least another two years.

Contempt of Congress is a serious felony, and doesn't require a vote of the entire House.

Fools may think otherwise, but these are the same arguments the commies used way back then. And went to prison in great numbers.

Two American citizens are dead, murdered by Mexican drug scum aided by weapons purchased through the Fast and Furious operation, an operation that now has been proven beyond a fact to have been known by about by the very lying sacks of … that denied knowledge of it.

Now we have Executive cover-up! Has anyone seen the similarities between Nixon and Obama. Lie, cover up, do anything to cover their sorry behinds. Many people are going to point this out. but remember, the cover ups are where the similarities end! Why would I say that? Because NO ONE WAS MURDERED as result of the Watergate fiasco. That was just stupidity. This is cold blooded murder and as such one could make the argument that this President and his sad sack Attorney General should be charged as accomplices to the murder of Brian Terry and Juan Zapata!

The mainstream media is going to ignore this as much as they possibly can -- UNTIL they feel it will harm the republicans in some way. IF and WHEN they make that decision, it will be 24 hour, wall to wall, coverage. I feel certain they have their minions working on a way to smear the GOP and do damage to the republican candidate's campaign even now!

You've got that right, Longstreet.

I think, thanks to the Internet, that will blow up in their faces.

The public--except for the idiots--have figured out what liars the MSM are.

It would be tragic for the nation if Fast and Furious reached the same level as Watergate. I believe that that scandal left an indelible mark on my generation — the one that was passing through junior high and high school at the time, and had its youthful idealism and naïveté about government exploded earlier than I think the previous generation's had. As a middle school history teacher, I've endeavored to explain to my students just how disillusioning that entire period was. I put together a video summarizing the events. You can watch it at https://vimeo.com/43366697.