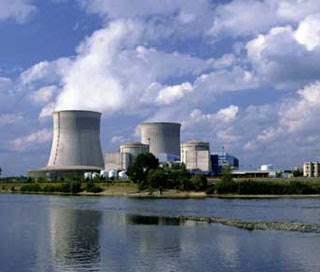 The likelihood of a major earthquake in Germany is slim. The possibility that it would be followed by a catastrophic tsunami is unlikely. These are the events that caused the failure of the Fukushima plant in Japan, but that has not deterred Germany from its recent announcement that it would close all 17 of its nuclear reactors by 2022.

This is pure panic and not something one would expect from Germans who have always excelled at the development and use of new technologies. Other than Japan that has good reason to close Fukushima and reconsider its use of nuclear energy, few other nations have indicated any change in their policies regarding it.

The world is in desperate need of real grownups to run its various nations and, instead, the only growth industry to which one can reliably point is stupidity.

The endless blather about “alternative” or “renewable” energy sources has led to the waste of billions on wind and solar power, neither of which would exist if governments did not lavish subsidies or issue mandates for its unpredictable and unproductive delivery of electricity.

Germany has long had a Green Party and its Chancellor, Angela Merkel, heads of Social Democrat-Green coalition. In general, environmentalists worldwide hate the generation of energy by any source, but particularly if it is nuclear or coal. Ironically, by shutting its nuclear plants, Germany will have to use coal, dubbed “dirty” by mindless opponents of anything that might let you turn on a light bulb.

There have been nuclear and radiation accidents. Fukushima was the result of unprecedented geological events, something no amount of planning and caution can prevent. The 1986 Chernobyl disaster was largely the result of its staff manually overriding its safety control systems. The Three-Mile Island accident in 1979 did not endanger anyone. It coincided with a film “The China Syndrome” that had no basis in fact.

Simply stated, nuclear power plants are not atomic bombs that go off when a “meltdown” occurs. Under normal circumstances plants can be shut down in the event of a malfunction.

Germany’s over-reaction to the Fukushima accident has nothing to do with reality, science, economics or any other sensible response. Nuclear power provides about 23% of its electrical energy and, despite that, Germany’s electricity prices have “more than doubled in the past decade” according to a Wall Street Journal report. The decision to phase out nuclear power will affect Germany’s ability to remain competitive in the global marketplace, particularly as regards its heavy industries that require large amounts of electricity.

The decision was part environmental, part political. It is entirely idiotic as is always the case when these two factors come together. To no one’s surprise, one of its largest utilities, E.ON, announced it would sue the pants off the government to compensate for its financial losses. Others are likely to join it.

Environmentalism in all its many forms is opposed to any and all forms of energy generation and use with the exception of wind, solar, and the so-called biofuels. Here in the U.S. Greens have fought any expansion of the use of coal, despite the fact that just over half of all electricity generated depends on it. The Obama administration has waged a public war on the extraction, refining, and use of oil. Nuclear power generates about twenty percent of the electricity in the U.S.

It is the growth of government that lies at the heart of so many of the problems the West has encountered. Coupled with the environmental movement’s insanity, we get bans on the incandescent light bulb, insane requirements for increased mileage from a gallon of gasoline that is required to include ethanol, a chemical element that actually reduces mileage!

We have all just escaped the ravages of a massive, global campaign to convince everyone that the Earth was rapidly heating as the result of too much carbon dioxide in the atmosphere and the U.S. Environmental Protection Agency is still insisting that it be regulated as a “pollutant” even though all life on Earth depends upon it as the “food” that generates every piece of vegetation, crops, forests, and beautiful flowers.

It is stupid to shut down perfectly good nuclear plants as Germany plans to do. It is stupid to insist on covering areas the size of several states to generate solar energy or spoil the landscape with wind turbines that kill hundreds of thousands of birds and bats every year while, combined with solar, contribute barely three percent to our electrical supply.

Ordinary people know that stupid people are in charge of making decisions like Germany’s nuclear energy panic or the moratorium on drilling for oil in the Gulf of Mexico.

Ordinary people understand the need for more energy based on traditional sources.

Ordinary Americans know it is stupid to require an environmental impact study in order to shoot off some fireworks on the Fourth of July.

Ordinary Americans know that there are some very bad, even evil, decisions being made that will undermine our future.

That's not what I expected from Germany, and when I heard it, I was disappointed. What is the world coming to?

I know WWII is long past, but the idea of Germany with ANY kinds of nukes, even power plants, just sends chill up my spine..

I finally figured out that there is but one person in charge of the world's monetary, fiscal, energy and environmental policies.