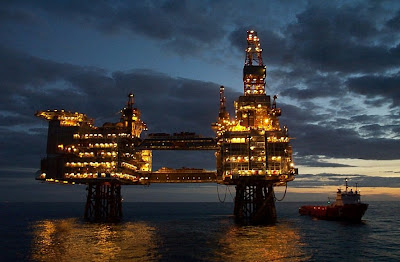 If there is a single reason for defeating Barack Obama’s bid for reelection, it would be his energy policies, all of which have been aimed at denying Americans access to their domestic oil as well as our huge reserves of coal.

Both energy sources would generate thousands of jobs at a time when unemployment figures rival those of the Great Depression. At the same time, domestic oil production would reduce our obscene dependency on foreign oil while coal production would ensure that we can all enjoy the most affordable electricity insofar as coal is responsible for just over half of all electricity generated.

Fortunately for Americans, Exxon has not abandoned the search for new sources of domestic oil, despite the hundreds of millions of dollars this requires. In early June it announced large discoveries in the Gulf of Mexico, the first in decades. As reported in The Wall Street Journal, the company “unveiled three discoveries that are likely to turn it into one of the biggest producers of oil and gas in the region.”

On the same day, Seldon B. Graham, Jr., an oil engineer and attorney, had a letter in The Wall Street Journal in which he noted that “the actual price of U.S. oil is cheaper than the actual price of foreign oil” advising readers that the “the oil price” cited in the media is actually a reflection of Wall Street speculators making bets on the future, not the market price.

“U.S. consumers,” said Graham “could save some $17.7 billion annually at the current price difference if U.S. oil replaced foreign oil.”

At the same time Exxon was announcing its discoveries, the Organization of Petroleum Exporting Countries was holding a particularly acrimonious meeting involving the members of the cartel. The meeting reportedly “broke up in disarray with no decision on raising production—despite widespread fears that higher crude prices were endangering the world economy.”

The so-called Arab Spring involving turmoil in nations from Tunisia to Yemen, along with the fighting going on in Libya, an oil-producing nation, has sharpened the divisions within OPEC, but the greatest of these is between Iran and Saudi Arabia. Iran has played a role in the turmoil, backing the Syrian regime and warning Saudi Arabia against further support of Bahrain. Apocalyptic fears are being generated as Iran closes in on having its own nuclear weapons.

What, then, has been the Obama administration’s response to this? While slowly beginning to provide new permits for drilling in the Gulf of Mexico, having declared a moratorium after the BP accident (and thus destroying countless jobs in the Gulf States region), it is now threatening a new way to shut down oil exploration and production in one of the most oil-rich areas of the nation, the Permian Basin of West Texas and Southeast New Mexico.

The U.S. Fish and Wildlife Service has announced it intends to declare the dunes sagebrush lizard an “endangered species” because it believes that oil production is destroying parts of the lizard’s home. Ignoring the nation’s financial crisis, its high rate of unemployment, and the rising cost of gasoline at the pump, the USFWS thinks that it is more important to protect “a unique sand dune ecosystem” for a LIZARD.

“This is the most prolific oil-production region in onshore America,” said Ben Sheppard, president of the Permian Basic Petroleum Association. That, of course, is why the Obama administration wants to attack it in the same way it has been attacking any off-shore production off the coast of Alaska and, of course, in ANWR, the site of billions of untapped barrels of oil.

At the same time Investors Business Daily took note of the Environmental Protection Agency’s drive to impose new regulations on utilities that use coal. “The rules make sense only if you want less energy, higher prices, and fewer jobs.”

“We’re being systematically starved of energy,” said IBD, “and our economy is suffering. Just don’t ask the White House to help.” It estimated that the new EPA rules would cost electric utilities $184 billion by 2030 and kill 1.4 million jobs. They would, of course, increase the cost of electricity to everyone.

Like everything else the EPA proposes, it is based on totally bogus estimates of air pollution in addition to the scientifically-debased assertion that carbon dioxide emissions must be reduced to save the Earth from global warming. Meanwhile, the UN Kyoto Protocol intended to reduce CO2 emissions is soon to end as most of the original nations signing onto it have abandoned it.

America has arrived at a moment in time when the enemy is now the administration in control of its ability to provide the power it needs to dig out of the current financial crisis. If a foreign government was imposing these restrictions we would go to war against it.

Anyone still out there still believe that The Communist Obama Regime is not out to destroy America?

THIS IS TREASON!!! PLAIN AND SIMPLE: THIS IS BLOODY TREASON!!!

There is a traitor in the White House who is well guarded at taxpayer expense by the New Praetorian Guard named the U.S. Secret Service.

"When I was asked earlier about the issue of coal…under my plan of a cap and trade system, electricity rates would necessarily skyrocket…"