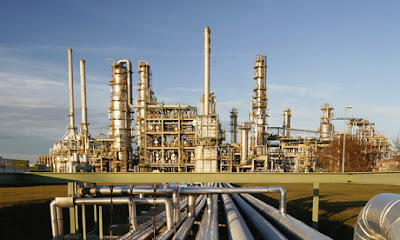 Future historians may conclude that President Obama’s decision to reject a permit for the building of the XL Keystone pipeline was a key factor in his defeat for a second term in 2012.

One can only hope that, in the course of the campaign, Republicans will focus public attention on the deliberate “no energy” policies of the Obama administration that have thwarted the creation of jobs, the generation of electrical power for homes and businesses, as well as fueling our transportation needs.

The Obama administration policies also meant that billions in tax revenue have been lost. Tapping U.S. energy reserves of coal, natural gas, and oil would also be a major step toward greater national security, freeing the nation from dependence on foreign oil.

In a recent article posted on The Heritage Foundation’s website, Rob Bluey reported that “oil and natural gas production on federal lands is down by more than forty percent (40%) compared to ten years ago.”

Following the President’s announcement regarding Keystone, the president of the Institute for Energy Research, Thomas Pyle, said that “Tens of thousands of American jobs died today because of the president’s rejection of the Keystone EL pipeline permit. For more than two years, the administration has delayed, hoping to get past 2012 without having to reveal the president’s true anti-job, anti-energy agenda. Because of today’s announcement, Americans will continue to send $70 billion overseas every day to purchase foreign oil.”

The secret President Obama wants to keep from Americans is that the price of domestic oil is always cheaper than foreign oil. Oil industry expert, Seldon B. Graham, Jr. says that this price deferential is “never reported by the media. The media only reports Wall Street speculators’ guesses of oil prices six months in the future…the U.S. price is always lower than the OPEC price.”

In February 2011, a CNS News article reported that “A new study says drilling on Alaska’s Outer Continental Shelf could make Alaska the eighth largest oil resource province in the world—ahead of Nigeria, Libya, Russia and Norway.”

In announcing the decision on the Keystone pipeline, the President boasted that, under his administration, “domestic oil and natural gas production is up”, but Bluey pointed out that “The vast majority of America’s new oil and gas production is happening on private lands in states like North Dakota, Alaska, and Texas.” Private, not public lands. One result is that North Dakota’s unemployment rate is 3.4 percent, the lowest in the nation.

Who favored the president’s decision?

An environmental organization, Green for All, hailed the decision. Its CEO, Phaedra Ellis-Lamkins, said, “This project would have helped Big Oil and their allies get richer at the expense of American workers and permanently damaged our environment.” How does it help to kill 20,000 jobs and an estimated 100,000 related to the pipeline?

The Sierra Club, another environmental organization, claimed that the pipeline would bring “toxic, highly corrosive tar sands crude from Alberta, Canada to refineries and ports in Texas.” If it was corrosive, it could not be transported by a pipeline, but ethanol which is mandated for use in gasoline is so corrosive it cannot be transported by pipeline and requires fleets of trucks instead. Echoing Green for all, the Sierra Club said, “Thank President Obama for standing up to Big Oil and rejecting the Keystone XL oil pipeline.”

Friends of the Earth, another environmental organization, branded Big Oil as “one of the most profitable and most unscrupulous industries on the planet.” Profits equal dividends for investors in oil companies. Profits equal jobs for thousands of Americans. Profits ensure that more oil can be discovered and extracted…except on federal lands and offshore because of present administration policies.

By contrast, James M. Taylor, a Senior Fellow for Environmental Policy of The Heartland Institute, a free market think tank, said, “The Obama administration has confirmed the fears of everyday Americans that it is more interested in paying off environmental extremists and other far-left groups than it is in laying the foundation for a growing economy.”

“The Obama administration’s decision to block construction of the Keystone XL pipeline demonstrates as poignantly as a slap in the face that President Obama is either completely out of touch with the American people or is callously indifferent about our ongoing economic woes,” said Taylor. “I suspect that in the November elections voters will severely punish President Obama for this foolish decision.”

I suspect Taylor is right!

If it's GOOD for America, Obama and Company will fight it tooth and nail.

Obama *claims* he wants what is best for the USA, either he is an unmitigated LIAR or he has no idea what this nation needs...

I fear the former is the case, TexasFred.

I fear the former is the case, TexasFred.

Obama should have stayed in Disney Land with the fairies and unicorns and away from thinking people.