Working Into the Grave 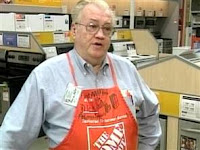 Believe it or not, there was a time when, if you turned 65 and retired, you could expect to live in reasonable comfort. Social Security covered a portion of your expenses; your savings account yielded a modest amount of interest, and, if you had made investments, stock dividends provided a safety cushion. Not so anymore.

“More Elderly Find They Cannot Afford Not to Work” was a January 21 headline of an article in The Wall Street Journal, noting at one point that an 87-year-old woman who had retired in 2003 was now earning $7.25 an hour, four hours a week, collecting tickets at a movie theatre in my former New Jersey hometown. I had lived there for 62 years.

Thanks to ever-rising property taxes, I sold my home before prices plunged in the wake of the 2008 financial crisis. I parked the money in an annuity.

I am fortunate that there is no age limit on the ability to write for a living. The writing trade has always been a tough one. The former market for magazine articles is a shrinking pool paying little for one’s labors. Self-published books, particularly fiction, have flooded the marketplace and mainstream publishers rely on older, established authors with a following. As often as not, bestselling non-fiction is written by people who anchor television news or have some other form of celebrity.

As the Wall Street Journal article noted, “In 1981, Social Security paid 52% of the average worker’s pre-retirement earnings, according to the Social Security Administration.” I turn 75 this year and my Social Security is little more than “grocery money.” Interest on my savings account is a joke.

For too many of my fellow senior citizens, not working is not a choice The Wall Street Journal notes that “The unemployment level among Americans 75 and older—measuring the number of people seeking work—is relatively low but twice what it was five years ago. The rate was 5.6% last year…compared with 2.5% in 2006.”

Naively, I and many others of my generation thought the years of economic growth that began in the 1950s would go on forever. We survived a number of investment “bubbles” and predictable, but short-lived recessions, but this one is different. It has been exacerbated by an ever-growing federal government, job-killing “environmental” regulations, and burdened by “entitlement” programs whose cost understandably keep increasing along with the nation’s growing population of older Americans.

The nation’s debt now equals its Gross Domestic Product. The U.S. is broke and so are Europe’s nations with the exception of Germany. That is simply not sustainable—something the Congressional “super committee” discovered when it punted on any solution to the nation’s fiscal woes.

Part of the problem is the nation’s aging population. No one anticipated that health care would improve to the point of extending people’s life expectancy from 65 in the 1930s to an average of 78 years today. As it is, both my parents lived into their 90s, I have an older brother in his 80s, and a nephew in his late 40s who just became a father again.

We can thank short-sighted “social justice” programs such as Fannie Mae’s and Freddie Mac’s appalling “sub-prime mortgage” programs and “bundled assets” that sank banks from sea to shining sea. The U.S. taxpayer has had to bail out these two “government sponsored entities” to the tune of billions and they keep coming back for more.

In the space of just three years, President Obama has increased the nation’s debt by five trillion in horribly misspent, wasted dollars. Since 2010 when control of the House was returned to Republicans, they have fought against pressures to raise taxes that would suck more money out of the economy and have put forth sensible plans to restructure Social Security and Medicare. Naturally, they have been accused of being heartless.

Any senior citizen who votes for Obama or a Democratic Party candidate is putting themself at further risk of having to work until they die or seeing their savings eaten by illness or other rising costs before that occurs.

In 1958, Mortimer Adler, in an interview with Mike Wallace, suggested that we may have a tyranny in this country in about 50 years. We are closer to outright tyranny than we have ever been. I agree with your assessment regarding seniors and those soon to be. We need to move toward more individual financial independence, not just more people leading their lives as wage slaves which is all the current crop of so-called leaders has to offer. To start, read Mortimer Adler and Louis Kelso's "The Capitalist Manifesto" available as a free download at the Kelso Institute website or go to the Center for Economic and Social Justice website. These are two programs of private property capitalism working within a competitive, free market economy that offer the opportunity for everyone to secure a future that would include pursuing happiness instead of worrying about daily sustenance.
--- Jim Hall

I was born in 1934. Eventually wound up as a civil engineering design and cost-estimating fella. When Lyndon's guns'n'butter inflation hit, along with the tax burden of his Great Society, I figured that the Good Times could not forever roll. Somewhere along there I figured that paper money wasn't the way to guarantee one's future--but there were alternatives.

And the alternatives have made old age easy and comfy...

We bought land ... a lot of it. If I have to work until I die, I'd rather it be at hunting and farming to eat, splitting some wood to stay warm, and doing a few side jobs to pay the taxes, as opposed to slaving away at an unpredictable 9-5 job, hoping that the cost of food, utilities and shelter don't overwhelm us.

It's a scary thing though, watching taxes and inflation erode the standard of living we used to enjoy. Let's hope we can do something to turn this nightmare around before we all wind up living n poverty ....

I myself became 76 years old on Dec 30th. I too remember at least the last year of the Great Depression, before we became involved in WWII.

That potion is simple . . . one 12 oz bottle of Negra Modelo beer, mixed with one 11 1/2 oz. can of V-8 juice. The results for me, and others who have tried it, have been of a miraculous nature.

I anticipate that there will in reality be no end to my having to work, but as my career was as a professional civil engineer, and there is little work for civil engineers, I will simply become self-employed.

I retired at the age of 60, as there was no more engineering work to do, and have lived well ever since. I completely expect the economic worst, and the EPA is my enemy, along with all of the zoning laws which prevent self-employment, along with the crushing burden of tax laws, local, state and federal.

Fortunately, I do love to work hard, and am now capable once again of doing so.

Larry...you are a marvel! I'm 65 and I will start collecting in February. I will not stop working. Three major stock market crashes in the last 15 years didn't help me at all.

Rich, as it is, I really owe little, and presently have a good bit of surplus income. I don't expect that to last all that long.

My advice is to drink those "Bloody Miracles", each and every single day without fail, and watch as you become physically younger. They have worked extremely well for all who have consumed them.


Imagine no joint pain in only 5 days for one, and muscular strength building on a regular basis, without exercise. My head is covered with new and brown hair growth, and my large bald spot is no more.

Your Social Security benefit is a social justice program. My guess is that you let Medicare pay your medical bills, too. When it's your social justice, it looks good.

Fannie Mae and Freddie Mac had a social purpose for many decades and they did fine. Then they were privatized, and became just another short-sighted bank chasing inflated housing values into the same market failure that other banks pursued.

If we don't restore their social purpose, we might just as well dump them.

Markets fail, at the level of trillions of dollars. The surest form of social justice is to prevent unregulated markets from blowing 8 trillion dollars on the next bubble.