For Too Many, It's a Very Unhappy Fourth of July 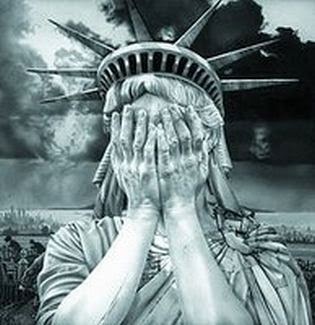 
As Americans pause to celebrate the 238th signing of the Declaration of Independence in 1776, it well may be one of the saddest Fourth’s in decades. The six and a half years of the Obama regime has failed to unleash the nation’s capacity to recover from the 2008 financial crisis and has left the nation saddled in debt and dependency.


This is not what freedom is about, nor did the Founding Fathers conceive of a President who ruled with “a pen and a phone.”


As The Wall Street Journal reported on January 13, “The year began with the news that “World economic freedom has reached record levels according to the 2014 Index of Economic Freedom released Tuesday by the Heritage Foundation and The Wall Street Journal. But after seven straight years of decline, the U.S. has dropped out of the top ten most economically free countries.” What this means is that “those losing freedom risk economic stagnation, high unemployment, and deteriorating social conditions.”


That is a description of life in America today. It is a nation in which regard for Congress and the mainstream media has plunged to new lows.


As the year began, the unemployment figures cited by the government were in dispute. One influential Wall Street advisor, David John Marotta, calculated that those not working when the year began represented 37.2% of the labor force as defined by the portion of people who did not have a job, had given up looking for one, and those who had no intention of working for a living. The government calculated the unemployment rate at 6.7%.


Being a native-born American offered no advantage for those seeking work. The Center for Immigration Studies released a study that said that “Since the year 2000 all of the net increase in the number of working-age (16-65) people holding a job has gone to immigrants (legal and illegal)” even though native-born Americans accounted to two-thirds of the growth in the total working-age population.


Since 2000 more than 17 million immigrants arrived in the country, a time period in which native employment “has deteriorated significantly.” Given the wholesale invasion of illegal immigrants that is occurring, this calls for the enforcement of existing immigration laws and a secure southern border.


Since Obama took office, all manner of government benefit programs have been expanded. They include Medicaid, food stamps, Supplemental Security Income, public housing, Temporary Assistance for Needy Families, and Woman, Infants Children. In the fourth quarter of 2011, the Census Bureau calculated that there were 109,592,000 who lived in a household that included people “on one or more means-tested programs.”


Contrast that with 86,429,000 full-time private sector workers and it means that 14,802,00 non-veteran benefit takers outnumbered those whose taxes support them by a rate of 1.7 to 1.


There are more Americans, 10,982,920, receiving disability benefits than the individual populations of Greece, Portugal, Tunisia, and Burundi. November 2013 was the 202nd straight month that the number of disabled workers in the United States increased.


We live in a welfare state in which the federal government funds 126 separate programs targeted toward low-income people, 72 of which provide either cash or in-kind benefits to individuals. The Cato Institute said that “Congress and state legislatures should consider strengthening work requirements in welfare programs, removing exemptions, and narrowing the definition of work.”  Keep in mind that welfare benefits are not taxed while wages are.


This is not to say that people on welfare are lazy. Surveys consistently demonstrate their desire for a job. The reality in America on the Fourth of July 2014 is that jobs do not exist and the cause is Big Government and policies that thwart the creation of new businesses and add costs to those that do. In America, corporations are taxed at a rate higher than most other nations.


As the Fourth of July arrives, we have learned that American veterans are dying for lack of care by the Veterans Administration, conservative groups seeking non-profit status have been targeted by the Internal Revenue Service, and Obama immigration policies have deliberately triggered a wholesale invasion by illegal aliens. We have witnessed the failures associated with the introduction of Obamacare and are learning that it is filled with taxes while destroying what was regarded as the best healthcare system in the world.


As of late June, Gallup polls put the disapproval of the President at 52%. Confidence in the President was only 29% while Congress received only 7%.


It is not a happy Fourth of July in America and far too many Americans—nearly half—still believe the President is doing a good job despite ample evidence that his “transformation” of America has harmed the nation in countless ways.