How "Normal" is Bowe Bergdahl?


There are few military crimes worse than desertion to the enemy short of outright treason by giving them aid and comfort.


So why is the U.S. Army declaring Sgt. Berghdal (he received a promotion from private first class while being either a Taliban captive or guest) a “normal soldier now”?  When one’s entire unit declares him a deserter for leaving their Afghanistan based on June 30, 2009—as they did on a show with Fox’s Megyn Kelly—by what stretch of the imagination is he just a normal soldier stationed at the headquarters of Joint Base San Antonio-Fort Sam Houston?


Fox News reported that former Army Sgt. Evan Buetow who served with Bergdahl as saying “I think it’s very clear he deserted his post. He thought about what he was doing, he mailed some things home, he walked away and we have witnesses who saw him walking away. And if you’re walking away in one of the worst, most dangerous areas of Afghanistan without your weapon and gear, I don’t believe you’re planning on coming back.” 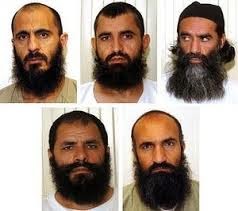 If he is found to be a deserter, the release of five high level Taliban generals to get him back is one more Obama obscenity since it is well known that he has wanted to shut down the Guantanamo Bay detention center for enemy combatants captured on the field. Having already investigated the circumstances surrounding his having left his unit, the U.S. Army surely knew whether Bergdahl was a deserter at the time the decision was made to swap for him. I suspect, too, that a major ransom was paid the Taliban for his release.


This is, however, a different Army than the past. It, like the other elements of our military has become highly politicized by the Obama administration; one that continues to reduce its size under the cover of sequestration. Many of the military’s top officers have been relieved of command or pushed into retirement. Even officers in the field in Afghanistan are being fired. The effect on the troop’s morale is incalculable.


Fox News reported on July 14 that “Army Sgt. Bowe Bergdahl could have a tax-free $350,000 dropped into his bank account if the current investigation into his disappearance from his base in Afghanistan was not desertion, and if he is deemed to have been a prisoner of war for the five years he was held by Islamic militants.”


Given the circumstances of his decision to leave his unit, immediately becoming liable to capture, and the reported statements, letters, and other views he held about his deployment and about the U.S. Army, Berghdal is most certainly not “a normal soldier.”

One must ask why Obama thought the announcement of his release merited a White House presentation that included his parents; his father uttered an Islamic phrase that drew a presidential smile. The phrase “bismillah al-Rahman al-Rahim” is a common Arabic phrase, considered by some to be a major pillar of Islam and featured prominently in the Koran.


To date, however, Bergdahl has reportedly not spoken to his parents. Why? And how “normal” is that?


If Bergdahl went AWOL in Afghanistan, why are we being told he is free to move around at will? One has to wonder if he doesn’t have some military “minders” with him at all times to avoid a problem that would cause a big scandal. What we do know is that this Army sergeant has hired a Yale University legal scholar to represent him.


I suspect that a major cover-up is going on and that the official Army decision will be that he was a prisoner of war after leaving his unit. A soldier whose return was celebrated in the White House rose garden by the President is not likely to see a day in the brig. At most he might receive a dishonorable discharge for going AWOL. After that both the White House and the Army will hope he sinks into anonymity.


Everything surrounding Bergdahl’s “disappearance” from his unit and his return shouts cover-up. One element is likely to be a very lengthy “investigation”, one that surely will not come to a conclusion before the forthcoming November midterm elections.


Given the honor, loyalty and sacrifice of thousands of U.S. soldiers on duty today, as veterans and as fallen heroes, the Bergdahl story is an offence to them and to all Americans. It is one more chapter in the legacy of a President who has been far more sympathetic to our nation’s enemies than our military.