Obama Encounters an Apex of Anger 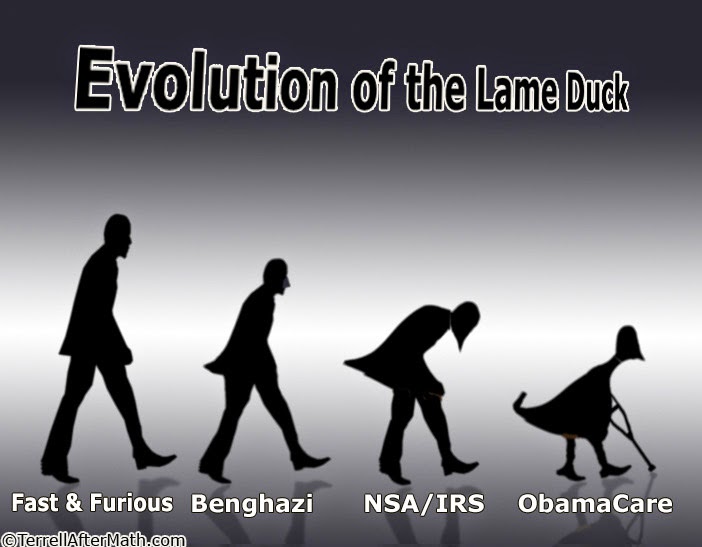 
Barack Obama has managed to do something one would hardly imagine a President could achieve by the midpoint of his second term. He has managed to anger most segments of the American populace, including those to the far Left who constitute a significant part of his base.  It has taken time for most people to reach this point.


Americans are amazingly patient with their presidents, but Obama has pushed them beyond scandal fatigue. The “final straw” appears to be the illegal alien invasion masterminded by Obama.


What they are seeing and hearing is not what they were sold; a charming man of allegedly extraordinary intelligence. Friday’s press conference regarding the shoot down of the Malaysian commercial aircraft showed us a man utterly lacking any moral outrage and, as always, “leading from behind” by insisting this was Europe’s problem, not one that would be addressed by an America doing anything more than applying a few economic sanctions.


He looked and sounded bored, annoyed that he had to utter a bunch of empty platitudes about Russia; the same Russia with which he and then Secretary of State Hillary Clinton had declared a “reset” from previous administrations’ relations. Putin took his measure and saw weakness.


Obama’s response to the Middle East was to pull out all our troops from Iraq and a muddled series of actions in Afghanistan topped by the announcement of when troops there would leave, always a very bad idea when the enemy is still in the field. The “Arab Spring” became another Obama nightmare of bad decisions. 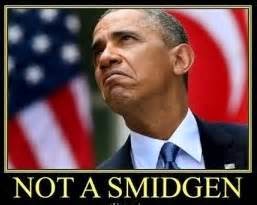 It took years, but it eventually became clear to most paying any attention that Obama has told so many lies that whatever he says now is deemed worthless. Then, too, his administration is now subject to congressional investigations that include the Internal Revenue Service and the Veterans Administration.


The Attorney General was slapped with contempt of Congress. A key figure in the IRS scandal, Lois Lerner, has pled the Fifth.


The House of Representatives is getting ready to sue Obama for failing to obey the Constitution’s separation of powers. The President’s efforts to ignore the Constitution have been met with an extraordinary number of Supreme Court rebuffs, many of which were unanimous.


How bad is Obama’s situation at present? One indication is the way the news media has been slowly, but steadily falling out of love with him. As Paul Bedard noted recently in the Washington Examiner, “In unprecedented criticism of the White House 38 journalism groups have assailed the president’s team for censoring media coverage, limiting access to top officials, and overall ‘politically-driven suppression of the news.”


David Cuiller, president of the Society of Professional Journalists, said, “It is up to journalists—and citizens—to push back against this force. Hard!” As a member of the SPJ since the 1970s this is a welcome expression of indignation, but it is also been occurring across a full spectrum of Republicans, Democrats, and independent voters as various Obama policies have negatively affected them.


No President has ever much liked the news media. This one, though, took them from adoration to distrust. With the exception of the network news shows and steadfast liberal newspapers, Obama’s news coverage is going to become increasingly harsh. Or should we say “accurate”?


The illegal alien immigration issue has enraged average Americans and Obama is not helped when Senate Majority Leader Harry Reid claims that “the borders are secure” or House Minority Leader Nancy Pelosi makes some equally absurd and moronic claim.


In the six years since Obama took office in 2009, Americans have encountered a succession of scandals that began with Operation Fast and Furious when a scheme to transfer arms to Mexican cartels was covered up by the assertion of executive privilege. The Obamacare lies were followed by administration efforts to force corporations and religious organizations to forego their faith-based beliefs. Millions of Americans lost their healthcare insurance plans, only to have them replaced for far more expensive ones.


On top of the problems Americans encountered with the implementation of Obamacare, along came revelations that the Department of Veterans Affairs was letting some veterans seeking healthcare die by falsifying treatment records.


While this was occurring the nation’s debt rose to a historic high of $17 trillion, causing its credit rating to be reduced for the first time. There has been no budget during his first and second terms. There are still more than 90 million Americans out of work and the prices of food and gasoline are rising.


Following the Benghazi attack, the scandal was the lies told by Obama and Hillary Clinton, then the Secretary of State, describing it as a random attack despite the fact it occurred on the anniversary of 9/11. When the administration released five high ranking Taliban leaders at the same time we continue to be engaged in a war against them in Afghanistan, the public really began to take notice. It angered veterans and others.


No one in Congress believes a word Obama says and the House of Representatives is getting ready to sue him for his failure to enforce the laws Congress has passed and his usurpation of unconstitutional power to alter laws whenever he wants. This is unprecedented in the history of the nation.


And the scandals noted are only a small number of the actions Obama and his administration have taken that have finally combined to create a body of evidence that he has been acting against the interest and welfare of Americans he took an oath to protect. How does he expect to do that as he reduces the nation’s military strength to pre-WWII levels?


Obama’s response to the growing level of anger has been to concentrate on fund raising for the Democratic Party, but even those benefitting from it do not want to be seen with him.


In August he will take a long vacation in the ultra-rich environs of Martha’s Vineyard while thousands of illegal aliens continue to stream in and his only “solution” is to ask Congress for billions to care for them. And to blame Congress—Republicans—for failing to pass an immigration bill that amounts to an amnesty no one wants.


The anger that has been building is likely to be expressed on November 4 when Americans go to the polls to clean house and, by that, I mean ridding Congress of as many Democrats as possible and replacing them with openly avowed conservatives. That’s just over a hundred days from now.


The cliché is that “the fish stinks from the head” and it is clear now that the Obama administration reflects the corruption and incompetence of Barack Obama, a Chicago politician who leapt to power despite not even having served a full term as a U.S. Senator. He was elected to be the first black President of the United States and it is no small irony that even African-Americans know he has done little or nothing to address their needs and concerns.


He will not be impeached as he should be, but he will increasingly lack any power other than executive orders. The constitutional system will work, but it will take decades to repair the damage.