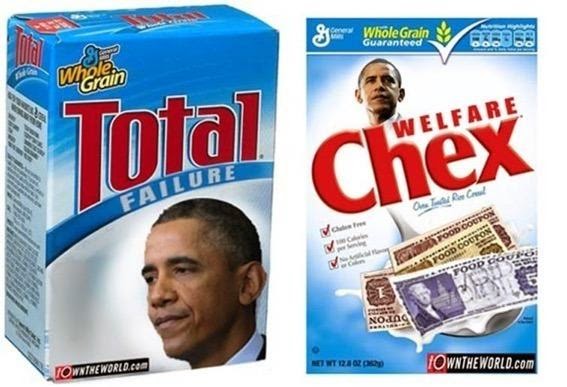 
Is it too soon to begin to sum up President Obama’s “legacy”? Possibly, but after six years we know enough to draw some conclusions.


There is much to protest on any given day Obama sits in the Oval Office with all its powers at his disposal. The Constitution granted the executive branch considerable power, particularly in the conduct of foreign affairs but the Founders also created a system to offset the office when it comes to domestic affairs.


It is clear that Obama has virtually no interest in foreign affairs, preferring to tell lies about Islamic terrorism and to ignore Russia’s seizure of Crimea and its support of insurgents in eastern Ukraine. Instead he has devoted most of his time, when not vacationing and playing golf, to his domestic agenda. It has proven to be a failure.


The failure of ObamaCare, introduced with a series of lies, is the most dramatic feature of his legacy. While it remains a law, it has been so plagued with problems that one can easily imagine it being repealed once Obama is out of office. It has seriously harmed what was widely understood to be a costly system. By now, thanks to Jonathan Gruber, one of its architects, we know that both he and the President knew it would be largely unaffordable back in 2009 and both regarded Americans to be “stupid.”


The Supreme Court will hear a case, King v. Burwell, on March 4 and will likely rule in June. As The Wall Street Journal opined, “As a matter of ordinary statutory construction, the Court should find that when the law limited subsidies to insurance exchanges established by states, that does not include the 36 states where the feds run exchanges.” That many states refused to set up their own exchanges and that tells you just how poorly it was received.


Fundamentally, “if the subsidy foundation is undermined, the rest will collapse of its own weight…The subsidies are crucial to ObamaCare because they offset the added costs of the law’s regulations.” Suffice to say, Republicans who now control Congress had better have some measures to enact to replace ObamaCare. And, yes, if it was passed in whole, it can be repealed in whole.


While 36 states refused to participate in ObamaCare’s exchanges, 26 states joined together in a legal suit against the legitimacy of Obama’s unilateral executive order intended to alter the laws regarding illegal aliens, but only Congress can change those laws. No President has the authority to do so.


Ironically, on President’s Day, February 16, Federal Judge Andrew Hanen enjoined Jeh Johnson, Secretary of the Department of Homeland Security, from implementing “any and all aspects of phases of the Deferred Action for Parents of Americans and Lawful Permanent Residents program as set out by Johnson in a November 20, 2014 memorandum.


The injunction was based on “the failure of the defendants to comply with the Administrative Procedure Act.” That Act governs the issuance of new rules and regulations by government agencies, including requirements that public notice be posted and opportunities to comment exist before a substantive rule can be enacted. The routinely arrogant Obama administration ignored this. 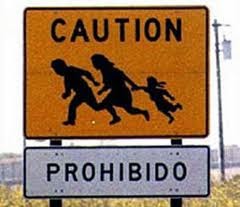 The greater issue, of course, has been Obama’s refusal to obey the existing immigration laws in order to add five million or more illegal aliens to the U.S. population without their going through the process that millions of others have obeyed.


If Obama won’t obey the law, why should he expect the states or anyone else to do so? The suit was brought by the states on the grounds that “the Government has abandoned its duty to enforce the law” and Judge Hanen concluded that “this assertion cannot be disputed.” The case will now move up through the court system because, of course, Obama’s Department of Justice will seek an appeal. By the time a ruling is made, Obama is likely to be out of office and his amnesty efforts will have failed.


Obama’s two key initiatives will go down in flames and that is very good news.


Beyond them is the astonishing amount of debt he had added over the past six years, starting with a failed “stimulus” program that wasted a trillion dollars on non-existent “shovel ready” jobs, the bailout of General Motors that left taxpayers with a loss of $11.2 billion, and grants to “clean energy” companies, many of which went belly up.


As of this writing, not only has the credit rating of the U.S. been downgraded for the first time in its history, but U.S. debt stands at $18 trillion and growing. That is definitely not good news.


We can, however, as Obama’s term of office recedes with every passing day, know that his “transformation” of America into a socialist state will end in failure. When gone, whoever replaces him will have a huge job of reestablishing America as the leader of the free world.


It will not likely be a Democrat. Obama’s legacy will include—as it already has—a major voter shift to support of Republicans in Congress, in the governorships, and many state legislatures throughout America. And that is good news.

Most of the federal judiciary are political hacks. At least here’s one who believes the law is what it says. But even after these people leave office there's always a negative residual impact. Virtually everything we're facing today can be placed at the feet of Jimmy Carter. His Community Reinvestment Act caused the housing bubble and collapse, leading to our current economic mess. His failure to support the Shah of Iran gave a foothold and courage to the extremists. Now thirty years later the world is left with a mess that is seemingly unfixable. While in office these leftists hire as many extremists as they can to carry out their leftist visions for decades after they’re gone. As bad as Carter was, I hate to think what damage this coterie will carry out in the future. If ever there was a reason to repeal the 17th Amendment – this is it! And since there are so many federal jurists who believe they’re a law unto themselves it’s time to pass a 28th amendment to create term limits for the federal judiciary.