The Death Throes of Common Core 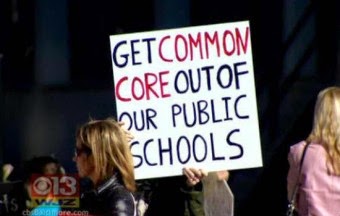 
Americans are learning the hard way that the federal government should not be permitted to impose one-size-fits-all standards to education. It was never intended to play a role in education and the absence of any mention in the Constitution is proof enough that education was intended to be supervised by the states where the school districts, schools, and parents are closest to the process.


Common Core is going to play a large role in the 2016 elections and that is likely to impact former Governor Jeb Bush the most. At the heart of the unhappiness with Common Core has been its emphasis on testing.


A March 20th Wall Street Journal article, “Bush Faces Test of Exam Policy”, reported that “A Rasmussen Reports nationwide survey in February found that 52% of respondents thought there was too much emphasis on testing in schools and 69% believed there was too much ‘teaching to the test.’”


The transformation of the nation’s educational system began when the Department of Education was signed into law by Jimmy Carter in 1979 and began operating in 1980. It continued with the passage of No Child Left Behind (NCLB), the name given to the reauthorization of the Elementary and Secondary Education Act. It requires all public schools receiving Title 1 federal funding to annually administer a state-wide standardized test to all students. NCLB was coauthored by Representatives John Boehner (R-OH), George Miller (D-CA) and Senators Edward Kennedy (D-MA) and Judd Gregg (R-NH).


President George W. Bush was a leading NCLB advocate and signed it into law on January 8, 2002. Each state was expected to develop its own standards because NCLB did not impose a national one. This year when its reauthorization came up for consideration, it was pulled from the House floor in February. The Heritage Foundation deems it “outdated, ineffective, and prioritizes government standards over the needs of individual students.”


According to Neal McCluskey, Associate Director of the Cato Institute’s Center for Educational Freedom, “There is no compelling evidence that No Child Left Behind, and federal intervention overall, has produced much good, while it is very clear it has cost substantial money and is unconstitutional.”


In Missouri, circuit court Judge Daniel R. Green, ruled in February that the state’s payment of more than $4 million in membership fees as part of a standardized testing consortium was illegal. The Smarter Balanced Assessment Consortium “is an unlawful interstate compact to which the U.S. Congress has never consented, whose existence and operation violate” Article 1 and 10 of the federal Constitution. It dealt a blow to Common Core.


It’s not just Missouri. In January the Mississippi Board of Education voted to withdraw from the Partnership for the Assessment of Readiness for College and Careers consortium which is one of the two tests aligned to Common Core. A full repeal of Common Core standards is under discussion.


By June 2014, two months before its implementation date, 19 states had either withdrawn from the tests or had paused implementation of the standards. Four of the 19, Indiana, Oklahoma, South Carolina and Louisiana had completely exited the national standards. Alaska, Nebraska, Texas and Virginia never adopted it.


Gov. Bush is beginning to put some distance between himself and Common Core. His spokeswoman, Kristi Campbell, said “There is such a thing as too much testing.” Reportedly “he says the federal government shouldn’t impose particular tests or curricula on states.” Meanwhile, in one state after another, Common Core is being rejected.

On the political front, the Heartland Institute’s monthly newsletter, School Reform News, reported in March that “Wisconsin Gov. Scott Walker, a front runner in the contest for the Republican nomination for president, made bold reforms of elementary, secondary, and college education a prominent part of his proposed 2015-17 budget.”


“The budget, presented on February 3, would remove the cap on the state’s school choice program, eliminate state funding for Smarter Balanced tests tied to Common Core State Standards, and cut $300 million from the University of Wisconsin over two years in exchange for greater autonomy for the system.”


On Capitol Hill, four Republican senators including Rob Portman of Ohio and Pat Roberts of Kansas have introduced a bill that would prevent the federal government from strong-arming states into adopting education standards such as Common Core and, presumably, NCLB. The bill is called learning Opportunities Created at the Local Level Act. As reported in the Daily Caller.com, it “would limit the federal government’s ability to control state educational standards and curriculums through financial incentives, grants, mandates, and other forms of influence.”


There’s no way to know when Common Core will die or whether No Child Left Behind will suffer a similar fate but the trend nationwide is obvious. Parents, teachers, schools and districts want to determine the best curricula for the children in their systems. They want the federal government out and that is a very good thing.