The Shortest Honeymoon on Record 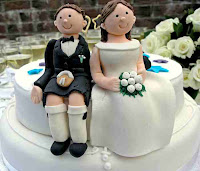 This is likely to be the shortest “honeymoon” on record for a new administration.

The news that former Senator Tom Daschle has withdrawn his name from consideration to be the Secretary of Health is another bombshell to hit. The news that the new Secretary of Treasury, Timothy Geithner, had problems doing his own tax return just barely skated by the confirmation process. Grownups knew that he had cheated on his taxes until he was caught.

Whoever is nominated for Health and Human Services, they are going to have to convince Americans that a government that couldn’t respond effectively to Hurricane Katrina is perfectly competent to take over the nation’s health care system. Good luck with that!

Meanwhile, just below the radar screen, Nancy Killefer, who failed for a year and a half to pay employment taxes on household help, withdrew her candidacy to be the first chief performance officer for the federal government.

The only comparable meltdown I can recall was Bill Clinton’s first weeks in office when he set off the “gays in the military” bomb that went so terribly wrong for him so terribly fast that he scrambled to come up with “Don’t ask, don’t tell” to get away from it.

President Obama’s decision to give his first formal interview to Al-Arabia, a major Middle Eastern television channel, did not go well. He came off as so weak that Mahmoud Ahmadinejad fell all over himself to get to the nearest microphone to demand that the new administration apologize for past “crimes” against Iran. Not a good start for a man who had already been described as “a house Negro” by Osama bin Laden’s right hand man, Ayman al-Zawahiri.

Overriding everything else, however, is the astonishing $819 billion “stimulus” bill that doesn’t promise to stimulate anything except the Democrat’s penchant for “earmarks” galore. Economists have denounced it along with anyone else who could find a media outlet.

Even the European Union let it be known that its “buy American” mandate was a very bad idea in the era of globalization where every nation’s economy depends on its ability to export goods, especially to the United States of America.

Nancy Pelosi has been running around defending millions for a program about sexually transmitted diseases and, by extension, insuring that fewer new Americans are born because in her view it would put a strain on the economy. Grandma Pelosi’s pronouncements have not been well received.

Cutting the Defense Department’s budget at a time the U.S. is still engaged in two wars has struck some people as a very bad idea, too. All we need now is another announcement by Sen. Harry Reid that “The war is lost.”

Just how tone-deaf are Obama and the Democrat leadership in Congress? And just how smart are those Republicans who have finally discovered their backbones by unanimously opposing the so-called stimulus bill? We may know soon enough when the 2010 elections are held.

Perhaps the most surprising aspect of these events has been the sudden collapse of Obamamania that extends even to the mainstream media who saw it as their duty to get him elected. Buyer’s remorse has set in very swiftly except among the totally brain-dead.

If the feeling spreads that Obama is simply unqualified for the job or overwhelmed by it, it is going to be one of the most difficult presidencies since that of Abraham Lincoln who wasn’t even sworn into office by the time several southern States had already met to declare they were seceding from the union.

The ultimate irony of all this is that Obama’s mastery of the Internet to raise gobs of money for his campaign is that he is only now discovering that the Internet community is equally capable of examining every aspect of every proposal he makes to “change” America into something most Americans don’t want.
Posted by Alan Caruba at 12:29 PM

Alan, which line on the IRS 1040 tax form is used to write in our Geithner Exemption? How about the line for the Daschle Credit? I can't find a space for either on my form. Help!

Beats the heck out of me. My Dad was a CPA and I am pretty sure what he'd have to say about these lame excuses deemed so smart that only they could head up Treasury or the HHS Departments.

I don't know about everyone else, but I have a very bad feeling about all this. We all know Rush Limbaugh's words were taken out of context when he said he hoped Obama would fail, and I certainly don't want his plans to socialize America to succeed, but this is shaping up to be a real mess. The last thing we need right now is a total collapse of our government. The stability of the rest of the world depends on a strong and stable United States, and we are looking pretty disjointed right now. We're going to have to be very careful of what we hope for right now ...

Oh, and thank God Daschle withdrew .... that would have been a train wreck.

I am informed that the Senate has rejected the stimulus bill (and I will have to check into this mementarily), but if true, it is a very good sign that some degree of sanity and fiscal prudence may yet prevail.

I am not so pessimistic about the recession as most at this time. With tax cuts and other steps to isolate the "toxic paper" banks are holding, it could be turned around fairly swiftly.

Daschle was just one member of a crew of train wrecks. I have very mixed feelings as to how this will play out. On one hand I noticed that as I went to breakfast this morning there was the same crowd as usual...and it really snowed here today….they were going to work after breakfast…someone has a job apparently, in spite of all the hype.

On the other hand I find it hard to believe that a government that owes Social Security 55 trillion and has a debt ceiling of 10 trillion can keep spending and end up righting itself forever. At some point it has to fail. Especially with people in charge who clearly lack any sense of economic sanity or the courage to stand up to those they are trying to appease.

Whether it is the environmentalists or corporate welfare programs that go to such ones as the sugar king of Florida, they don’t have the courage to stand up and to do the right thing. Not to mention that I don't think most of them are very bright.

This non-payment of taxes by these three who just made “mistakes” is just the tip of the iceberg. If we really had any idea of what was going on, I think we would be outraged. Daschle wanted everyone who ran afoul of the IRS to be punished to the full extent of the law when he was in the Senate. Of course that is for the “little people”. I am sure that he feels that he has been punished enough because of the public humiliation he has had to endure. The whole bunch of them believe that this kind of punishment is more than enough for he and his ilk. Further punishment is for the "common" folk who are sent to jail or have their property appropriated and are hounded for years until they end up with a heart attack and die. I know one such person.

Then there are those in leadership positions that see this as an excellent opportunity to take control of everyone’s life. I would like to recommend reading Jonah Goldberg’s book, Liberal Fascists. It is a real eye opener. There was a great deal of information there that I never saw before, even as a history buff, and as for the information he presented that I was familiar with; I never saw it put together in such a coherent fashion before. Add that to Timothy P. Carney’s “The Big Ripoff” and you will really feel helpless.

Although I only have mixed feelings because I am like everyone else, we all “want” everything to work out…and I hope I am wrong……but I have a very real sense of foreboding.... I am not encouraged by much of what I am seeing

The term "public service" has become a very bad joke.

Let us not be any more fearful than necessary. Even during the Great Depression, at least 80% or more still had jobs though wages were obscenely low for most. And government excise taxes took a piece of their earnings for all manner of common things like movie tickets and such.

I understand the stimulus package has come in for still opposition in the Senate. It may crash and burn.