The U.S. Government's War on Coal! 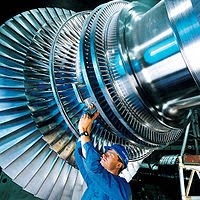 While President Obama was eagerly signing new legislation to keep unqualified borrowers in their homes by doling out billions of our dollars, over at the Environmental Protection Agency they were leaking plans to use the Clean Air Act as a subterfuge to regulate the second most essential gas, other than oxygen, for all life on planet Earth, carbon dioxide (C02).

Cheering from the sidelines is every demented environmental group in America including the Sierra Club which, if it had its way, would ban the building of a single new coal-fired plant anywhere and shut down the existing ones. This is madness on a scale we have not seen since the mid-point of the last century.

Over at Friends of the Earth, they are breaking out the prayer beads, worried to death that upgrading and improving the nation’s infrastructure means building new roads, bridges and tunnels where they are needed.

All the while, the most deceitful President to have ever occupied the Oval Office keeps telling everyone that global warming is real when, in fact, the Earth has been cooling for the past decade. Obama is trying to transform the United States of America into a nation where science means nothing and lies mean everything.

We now have the spectacle of a government employee, Dr. James Hansen, shilling for Capitol Climate Action, http://www.capitolclimateaction.com/, saying on a YouTube video that everyone should come to Washington, D.C. on March 2 for what is described as “the largest mass civil disobedience for the climate in U.S. history.” The event is a protest of the Capitol Power Plant that uses—gasp—coal to produce electricity.

By the way, that white stuff coming out of the stacks of power plants, including nuclear, is excess steam used to turn the huge turbines that generate electricity. In other words, water vapor.

Dr. Hansen is the Director of the NASA Goddard Institute for Space Studies who lately has been writing to the leaders of the United Kingdom and Europe saying that coal-fired plants are the moral equivalent of the Nazi death camp at Auschwitz during WWII. He’s the fellow who, in 1988, told a congressional committee that global warming was going to destroy the Earth. Al Gore uses him as a footstool.

The immediate question is why someone drawing a government check should also be advocating civil disobedience on behalf of a non-governmental organization or group?

The larger question is whether the government is going to make it impossible to provide the growing needs for electricity that all Americans will require by 2030 or sooner? The U.S. has vast deposits of coal with which to generate electricity. To claim that coal is responsible for a global warming that is not occurring and that we must abandon the source of 50% of all the electricity we use every day is insane.

First let’s fire Dr. Hansen. He is making a mockery of NASA and engaging in behavior that is irrational and quite possibly illegal.

Then let’s bury the White House in emails, letters and faxes to say “Lay off coal!”

In an astonishing few weeks, the Obama administration has initiated legislation that will further bankrupt the nation, saddle future generations with debt, interfered with the normal action of the housing market, and now wants to leave us without enough electricity to turn on the lights!
Posted by Alan Caruba at 12:59 PM

Hah ... I'm loving it. Being in the power protection business as I am, and after reaping what Rush Limbaugh calls "obscene profits" (i.e. - a comfortable living) from the recent blackouts and brownouts we've had, I'm kinda looking forward to this insanity. Every cloud has a silver lining I guess ...

For the record, I didn't take part in the Y2K hysteria that many people in my business did. I was convinced that it was a hoax (it was) and I told my customers not to panic.

However, shortly thereafter, it became apparent that we were about to see the repercussions of a weak energy policy and a lack of investment in infrastructure, and I started warning my clients that the grid was overloaded, widespread outages were coming, and if they wanted to stay in business, they had better take action to protect themselves. Some did, and some didn't, but regardless, business has been good for me ever since. I feel sorry for the millions who will suffer over the coming years, but until our leaders get their heads out of their asses and quit caving in to these enviro-freaks, I'll continue to advise my customers to be smart and be prepared to provide their own power. I have systems in place to protect my business and my home, and I'll continue to offer my services, and PROFIT, from those who are smart enough to take action and protect themselves ....

I guess that makes me an EVIL Capitalist, as well as one of those nasty conservatives, doesn't it?

There is hardly a thing more dear to the left than a real or imagined excuse to impose new rules on the people.

They have cultivated this GW excuse across the world, brainwashed our children to believe it is real, and even convinced themselves to believe their own garbage as real science.

What it really represents behind the facade is a giant stake to drive deep into the heart of capitalism.

The results of their actions will be pretty much like requiring a tire deflation system be installed on ones vehicle.

Rather than being capable of driving anywhere this self defeating system would require constant tire re-inflation just to counter balance the air loss.

This of course is absurd and saves nothing but wastes much. No value added anywhere! What it does do is to give someone else the control of progress.

When they claim they are progressives, this is what it actually means, they will have the power to control progress!

We need to reclaim the peoples house in 2010 or this country is sunk!