The U.S. is on a Suicide Watch 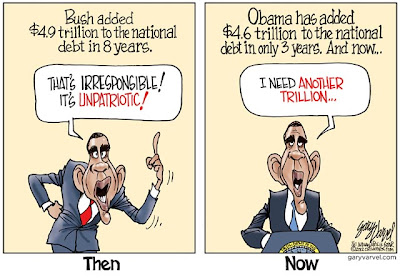 In 1991, the Soviet Union, arguably the greatest experiment in Communism, collapsed. After Mao Zedong died in 1976, his successors moved to shift its Communist economy to one that embraced Capitalism while retaining centralized government control.

Following World War Two, the recovering nations of Europe were rescued from Communism by the Marshall Plan, but adopted Communism-Light in the form of Socialism. The U.S. was already headed in that direction, creating programs that we now call “entitlements.” For most of the nation’s history, such “entitlements” did not exist.

What binds together the financial problems of the West is the common thread of infantile behavior and thought. One might call it wishful thinking. Instead of encouraging people to provide for old age and possible illness, politicians decided to turn government into Big Daddy, the eternal source of money for everything.

Need to go to college, start a business, or plan for retirement? Government would be there to help. All this ignored the need to actually pay for these programs. In the case of Social Security Congress began to dip into its funding to pay for other programs! This is what children do.

One can look around the world and see what a failure both Communism and Socialism have been. Governments spending more than their tax and other revenues have suffered grievously from this path to default and that includes the United States of America. It can be argued that, with few exceptions--the Reagan years come to mind—Presidents have been poorly served by their economic advisors.

Politicians make poor economists because, in America, members of the House must think of getting reelected every two years and Senators every six. Moreover, being politicians, they believe that the more federal largess they can bring back to their State and then brag about is the one true path to reelection.

At the very beginning of the nation, Thomas Jefferson said it best. “I predict future happiness for Americans if they can prevent the government from wasting the labors of the people under the pretense of taking care of them.”

How many commissions and special committees have earnestly produced reports intended to deal with a government grown too large? At the federal level, some two million or more Americans are employed promulgating a deluge of regulations and pushing paper.

The real issue is not “streamlining” government agencies by gathering them together under one roof and one administrator, but the failure to end government departments and agencies that no longer serve a useful purpose and whose removal would also remove countless obstacles to economic growth.

In April 2011, Wayne Crews of the Competitive Enterprise Institute warned that “the federal government is on track to spend more than $3.5 trillion this year. What most people don’t know is that government actually costs about 50% more than what it spends. That’s because complying with federal regulations costs an additional $1.75 trillion—nearly an eighth of GDP. And almost none of that cost appears on the budget.”

The United States of America, the greatest engine of wealth the world has ever seen, is bankrupt. The national debt exceeds the Gross Domestic Product, the sum total of all revenue generated by goods and services.

The President has asked that the debt ceiling be raised another trillion or so and Congress will comply. That, I submit, is insane.

I also submit that, since Barack Obama was sworn into office on January 20, 2009, the nation has been witness to the economic insanity personified in the man and in the Democrat-controlled Congress that was his partner until 2010 when the control of the House of Representatives was wrested away by the Tea Party movement and its support for Republican candidates.

The only constant in life is change. America’s demography has changed. We have, thanks to medical care and other advantages, a much older segment of the population than ever before, but the nation from the 1930s to the 1960s had committed itself to ensure they would have Medicare and Medicaid at a time when people more often than not died in their 50’s and 60’s. We now have an average life expectancy of 78 years. My parents lived into their 90s.

Politics, not economics, continues to make it impossible to revise and restructure both Medicare and Social Security to reflect this reality. Instead, we had Obamacare foisted upon us which took trillions from Medicare and imposes rules that will let elderly heart attack or stroke victims die rather than pay for a level of care to which they contributed during their working years.

If the Supreme Court declares Obamacare unconstitutional it will go away. If we elect a Republican Senate, the repeal already passed in the House will be passed and it will go away.

But America’s economic problems will not go away until Americans insist that the shackles of Big Government be cut loose to enable the growth of an energy industry that can not only make the nation energy independent, but produce billions in revenue as far as the eye can see into the future.

The tax system with its thousands of pages must be revised to a simpler, fairer program. It makes no sense that forty percent of Americans pay no taxes at all.

It’s not that we don’t know what must be done. Conservative think tanks like The Heritage Foundation, the Cato Institute, The Heartland Institute, the Competitive Enterprise Institute, and others have spelled out programs that can and will save America, but the nation must be led by a president who understands that Capitalism involves budgeting, planning, hard work, and—yes—risk.

The federal government is running on “continuing resolutions.” It has not had a formal budget since Obama arrived. This is no way to run the greatest nation on the face of the Earth. America is on a suicide watch and we are just an election away from saving it.

The U.S. is on a Suicide Watch ...
Yeah! You got that right! But I would go further and say that we have already died. The nation is no longer what it once was and getting it back would take another revolution.
Take the current side-show going on with the Republican debates...not a single candidate is mentioning the cancer that is eating us alive. By this I mean, all the left wing ideology that stems from unelected officials which includes all the New World Order clans, the CFR, and other NGO's that have far too much influence over our elected officials. Then there's the main stream media that is owned by the left and is ever anxious to do away with the U. S. of A. Then there's the dumb electorate...less than 5% of the people know exactly what is going down and it will continue until one day when we all wake up to that blue rag flying over the United Nations...
You would think that all the candidates should take the time to educate the voters but no, they are all playing up to the needs of the haves and have-nots...
Do you think a candidate could get elected if he were to promise that Obama and company would go to jail on day one? No,that would never happen yet Obama and company have broken enough laws to send them away for a long time...just the fact that they did not keep their oath to uphold the Constitution should send them away for life! ...I don't believe in hanging but in the case of Obama and Holder I'd chip in to buy the rope!

@Storm - just you saying that Obama should be arrested will class you as a right-wing extremist by the Left. That's why the candidates can't mouth it. All they need do is get into the WH and start turning the ship around. First by closing the Department of Education (or re-Education as I like to call it). That should stop the indoctrination. Instead, real American history needs to be taught again. Also, you forget that when kids grow up and become tax payers they become more conservative. That's the reason the Left always targets the young - because most are stupid and gullible. You also can't do much about the 20% liberals in society - you'll always have them. The trick is to not let them be heard or give them any power. For far too long, this group has hijacked our lives and we need to put an end to it for once and for all.

As one who has studied Obama since 2007 - I think I can say without fear of contradiction - this rapid last stage of the inevitable economic collapse of the United States due to decades of "democratic socialism" - was planned and executed by Obama and his Communist allies.

I know most Americans do not want to believe their president and many members of his Democrat Party are traitors - but the clear writing is on the tunnel wall for all to see:

In the coming years this country will be at best the victim of a Super Depression that will make the Great Depression of the 1930s look like a Sunday picnic.

At worst we face a major insurrection - especially when a majority of Americans wake up and understand that traitors - in both major political parties - rule in Washington, D.C.

Americans may be headed for the poor house for the next decade, but those who sent them there had better prepare now their foreign exile for the rest of their natural lives.