A Tsunami of Lies 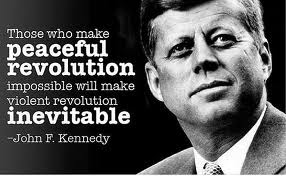 
I don’t know why anyone, least of all the press, expects to get the truth about the Benghazi attack on September 11, 2012—an interesting date for an attack, don’t you think? Of course it was a terrorist operation with the fingerprints of al Qaeda all over it.


The U.S. Ambassador to the United Nations, Susan Rice, was trotted out to tell everyone that the attack was the result of a video no one ever so and was “spontaneous” because, as we all know, everyone in the Middle East walks around with mortars and other heavy weapons of war. And now we hear that the President wants to nominate her to replace Hillary Clinton when she retires after his inauguration. Nice payoff for being a stooge.


Hillary Clinton will not be available to answer questions about what the State Department did or did not do when informed of the attack on our consulate. She’s been wine tasting in Australia and will be back from her globe-trotting in December.


As for Gen. David Petraeus, who resigned as Director of the Central Intelligence Agency just one day after Obama was reelected, he has reportedly testified under oath to closed door committees in Congress on Friday that he and the CIA believed the attack to be a terrorist operation by al Qaeda on receiving the first news of it. Who could have thought anything else? It does not explain, however, why he relayed the talking points of the White House that it was a flash mob resulting from a video.


The major problem of the first term of the Obama administration was the way he lied about everything. The “Fast and Furious” gun-running scheme got one of our border patrol officers killed, but the whole mess was hushed up and finally protected behind the assertion of executive privilege. Whistle-blowers were reassigned or invited to leave.


The lies told about Obamacare are a prime example of the administration’s effort to impose this seizure of the nation’s health system. Only a Supreme Court ruling that it was a tax—something that was denied in the run-up to the decision until it could no longer be denied permitted it to become law. The legislation had been passed on a straight party line vote.


It appears, too, that a huge amount of voter fraud was instrumental in getting Obama reelected. Some of the reports of 99% voting totals in some districts rival that of those of despots like Saddam Hussein in Iraq before his regime was brought down.


Following news of the killing of Osama bin Laden, the President said that al Qaeda was in decline, but the “Arab Spring” and the Benghazi attack has provided ample evidence that it is not. He has, from well before he was elected made it clear that his sympathies are with Islam and Muslims.


Blaming all the financial ills on George W. Bush throughout his first term is another example because the crisis did not occur until the very last months of Bush’s second term, just prior to the 2008 elections. In the first term, the national debt went from $10 trillion to $16 trillion. Unemployment—officially—remained at 8%.


Programs such as the “stimulus” turned out to be little more than a slush fund and did nothing to spur recovery. The economy remained stalled throughout his first term.


The takeover of General Motors and Chrysler was perpetrated by yet another lie because both companies could have and should have been allowed to enter a normal bankruptcy procedure in order to be restructured. The taxpayers will be stuck with billions of dollars poured into these companies.


On a virtually daily basis and in the years leading up to his election, Obama has lied about or taken extraordinary steps to hide the true facts of his university records, his passport, and other key facts about his life. His Social Security number is alleged to be false along with his birth certificate.


With the Democrats in power in the Senate, there is no chance that an impeachment procedure could remove him from office. Meanwhile, in state after state citizen petitions to secede from the Union demonstrate the high levels of fear regarding his second term.


By-passing Congress and ruling by executive order is likely to be the route he will take in the next four years and it will turn the nation into one where the law becomes the enemy of the people.


Edmund Burke warned that "People crushed by law, have no hopes but from power. If laws are their enemies, they will be enemies to laws; and those who have much to hope and nothing to lose, will always be dangerous."
Freedom is in danger nationwide and a government that was purchasing huge amounts of ammunition, training Department of Homeland Security youth corps, and one in which FEMA is alleged to have concentration camps, is one that more resembles the Nazi regime than anything Americans have ever encountered.


The reliance on the mainstream media, with the exception of news organizations such as Fox News, will likely hamper the ability of Americans to know what is actually happening and the established means the administration has to delay, deflect, and hide the truth will continue to be the biggest threat the nation has encountered in its history as a Republic.


The truth, it is said, is the first casualty of war. The war on America began in earnest on Election Day 2008.

Even Fox news, with the exception of Sean Hannity last night, has bent over backwards not to call Obama a liar, when it is his most obvious characteristic.

Perhaps commentators should all be encouraged to start every article they write with the "consumers warning": "It is unacceptable that President Obama and his surrogates lied, for weeks, to the American people and the world about the clear nature of the attack by Islamic militants -- who are at war with the USA -- in Benghazi on September 11, 2012, and in fact have never admitted they lied, something that nevertheless has been absolutely clear to any person capable of independent thought, and not deluded by partisan rhetoric in defense of this President and his administration, since the first reports of that attack on September 12, the very next day."

And someone with money should acquire and air that short video piece on the local Muslims "finding" the body of Ambassador Stevens, and dragging it upright to present his dead face to the camera, while reportedly shouting "Allah is great" in Arabic. No one can claim they were treating his body with care, much less respect. It will be obvious to many, as it was to me, that they were not rescuing a still-living man, but showing off a dead one like hunters showing off their kill. Play that few seconds of video every day for the next four years, as a memorial to Ambassador Stevens and the still-proud honor of at least half of the country, and to shame this President and all those who voted to re-elect him, though they should have well known what a worthless liar he is.

PS -- And he lies because he is a coward, first and foremost, so even if it may not be possible to impeach him, he (and Biden, and all those who lied about Benghazi in the face of the American people) may still be driven from office by the mass revulsion of the people.

You nailed it with this article. As I have said before, since Obama has gotten away with all his lies he is going to be more confident he can lie even more to us in the future with impunity.
If he was re-elected because of voter fraud and nothing is done about it we are beyond help.

Outstanding writing. The previous blog on Wilson, I like the parallel, which is why I feel we might possibly emerge from this mess. I like to see the glass half full and if that is the case, cooler heads will prevail. I believe the president is a liar, marxist, etc. However, I believe he is smart enough not to wage a full blown war against the largest non-organized army in the world, American gun owners and hunters.
Until they can try an confiscate our firearms, I sincerely believe that we still have the capability to turn this ship around. Perhaps an early Thanksgiving blessing.

Much truth in that one line!

Like many other Americans, I'm beginning to wonder if revolution is our only option, as Patriots have have tried every legal recourse to end the tyranny of the Obama Regime.

A tyranny, as Allen points out so well, is really just getting started.