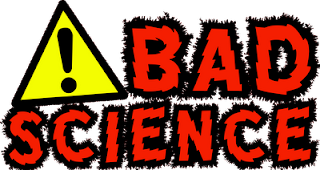 By Alan Caruba
News releases trumpeting not merely inaccurate, but false, science have become a way of life for Americans and others around the world. There is rarely, if ever, any fact checking done by the editors and reporters who pass along often dangerously false science on a wide range of topics, with many reports designed to alarm consumers.
Such is the case with bisphenol A (BPA), a chemical that has been in use for some 60 years to protect the contents of metal food containers and create shatter resistant plastics. In 2011 I wrote a four-part series about the efforts to ban BPA which has been subjected to more than 5,000 studies, none of which has found harm or undue risk in normal use. Its safety was reaffirmed earlier this year by the refusal of the Food and Drug Administration to ban it.
But the anti-chemical drumbeat continues. A recent study at the University of California-San Diego that purported to show a risk of danger when BPA was metabolized and this finding was announced by a news release issued by the university. It was reviewed and approved by researcher Michael Baker and contained the traditional hype we see when organizations want to whip up public concern when none is warranted. Remarkably, the tactic was exposed in a lengthy article by Jon Entine in Forbes magazine.
News releases trumpeting information that is not merely inaccurate but false have become a way of life for Americans and others around the world. There is rarely, if ever, any fact checking done by the editors and reporters who pass along often dangerously false pseudo-science on a wide range of topics, from chemicals to the climate. But Entine’s article revealed something many has suspected but few have ever admitted.
Baker confessed to Entine that “I have no evidence, none at all, that BPA causes any problems in humans. This was a theoretical exercise, and it would be trumped by what actually happens in the real world. Based on what I know now, neither BPA nor its metabolites are harmful. I am upset that my structural study is misused by some.”
“Misused”? Hardly. More like part of the massive effort by the opponents of the real science regarding BPA and it is designed and intended to frighten people because fear is the most potent weapon that the many advocates of false causes that mask themselves as saving lives or even saving the Earth.
Writing in the National Review, Julie Gunlock noted that reports on Baker’s study, read by those without knowledge of the real facts about BPA, “causes moms like me to gnaw off their fingernails at the thought that we might be poisoning our children with chemicals. But that’s okay; regular moms and dads (already struggling with high food and fuel costs) can just run out and support the cottage industry that has sprouted up in the wake of these terrifying headlines—the BPA-free industry.”
“Of course, what parents won’t hear about is Baker’s mea culpa because if there’s one thing parents can count on from today’s science writers is an absolute dearth of Entine-esque journalism when it comes to BPA.” She could not be more correct.
Science writing today is one of the most debased forms of popular journalism found in newspapers and magazines and BPA is just one example. Consider our food supply. A recent commentary in The Wall Street Journal by Dr. Henry I. Miller, a physician, molecular biologist and fellow at Stanford University’s Hoover Institution, cited the way Greenpeace, one of the leading environmental organizations, “has always had a flair for publicity” to become “a $260 million-plus per year behemoth with offices in more than 40 countries.”
Dr. Miller warns that the Greenpeace PR machine “is now spearheading an effort to deny the poorest nations the essential nutrients they need to stave off blindness and death. The targets are new plant varieties collectively called ‘golden rice.’ Rice is a food staple for hundreds of millions, especially in Asia. Although it is an excellent source of calories, it lakes certain nutrients necessary for a complete diet. In the 1980s and 1990s, German scientists Ingo Potrykus and Peter Beyer developed the ‘golden rice’ varieties that are biofortified, or enriched, by genes that produce beta-carotine, the precursor of vitamin A.”
Hundreds of millions of children of pre-school age are at risk of vitamin A deficiency, leading to blindness and death within a year for about 70% of those children and Greenpeace is using its multi-million dollar flacking apparatus to ply its nonsense to a gullible and uncritical news media and reduce access to this valuable food source.
Now ask yourself how many children and adults would die from botulism in unprotected cans and bottles of food?
These and countless other examples represent the deep commitment of environmental organizations to limit and reduce billions of human lives which they regard as a nuisance that harms the Earth. Like golden rice, BPA saves lives. It is just one of countless chemicals that protect and extends life every day.
The real threat is the researchers and agenda-driven scientists intent on advancing the environmental movement’s objective of killing as many people as possible to “save the Earth.” They accomplish this through a media that either approves of this agenda or is just so starved for ratings and financial survival they’ll report any sensational headline available. The real threat is the debased “science journalism” that aids and advances this agenda.
© Alan Caruba, 2012
Posted by Alan Caruba at 2:31 PM

We are in a revolutionary time, of general incompetence in modern science and instability in all of mankind's affairs due to the resurgence of ancient dogmas and the aggressive promulgation of new ones (in science itself). I started my blog, "The Earth and Man: Setting the Stage", as a trial effort -- from a position of very limited resources and no wide audience eager to hear this unknown, independent scientist -- to communicate new knowledge about the origin of the earliest dogmas, those behind the ever-popular "ancient mysteries". The political and scientific insanity Alan is talking about needs to be seen and understood in that much wider context, of ancient origin and the new knowledge that is being resisted by everyone now. Here is an appropriate post I wrote 3 years ago, whose timeliness has only increased, and will continue to do so:

The Best-Laid Plans of Mice and Men

"Who Knows Only His Own Generation, Remains Always a Child" is an ancient saying, and the world is now in the hands of children.

Good commentary, Harry, because it is so true. Everywhere I look I find the deliberate debasement of science, journalism, politics...