Your Vote and Why It Matters 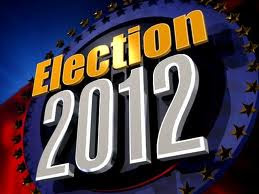 Alan, I posted this in another place last week, you may have missed it. There has been considerable response there...

I am confused (more than normal) about somethng that's been going on during this election cycle.
First, a brief personal aside. Last cycle, many friends and acquaintances, and their various vehicles and lawns had many buttons, stickers, signs and the like, promoting the candidacy of the Democrat candidate.
This year I have not seen (nor heard about) the President's re-election campaign or his presumed victory for the sake of the nation. There have been no buttons of any size, nor signs here in our nuclear-free city of Santa Cruz. Few cars have been seen with the famous Obama/Biden sticker (good thing, sez I, for there was a plan to deal with that!).
What has happened? I know that most of these folks have been told by their associations, unions and other guild assemblies to move "FORWARD!". Why are they not shouting it from their yards and bumpers, their chests and telephone poles?
I thnk they are ashamed. They will vote the straight Democract ticket. After all, that's where the bucks have come from. This time around however, it is not a matter of race or hope. It is obedience. And they are a little embarrassed.

If you love the USA, if you have a shred of common sense and any dignity what so ever, VOTE, for Mitt Romney!

Alan, after reading your article I just can't imagine who would still vote for Obama. It's mind boggling. But, it seems, so many are still ready to believe that in his next term he will somehow get it right. Shame on them for being not only stupid, but gullible and naive. I can only hope that the polls are heavily weighted for Obama and reality will show a very different picture. The Democrats have been found to be committing voter fraud in Ohio and Florida already, so I guess it just shows their character. The other factor that will be interesting will be to see if Obama enjoys a 95% black vote again. If he does, then it should prove once and for all that blacks will vote along racial lines before reality. Let's see what happens. In any case, I pray Romney takes the election as the alternative will be a disaster not only for the USA, but for the rest of the world, including Australia.