Aristotle Had It Figured Out Long Ago 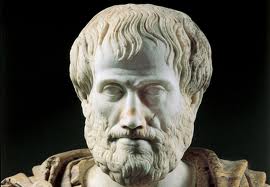 The renowned Greek philosopher, Aristotle, was born in 348 B.C.E. in northern Greece. When he was seventeen he moved to Athens to study under Plato. He would go on to serve Philip II of Macedon as a tutor to his son Alexander who would later be known as “the Great” for his conquests.
Aristotle set up his own school in 335 during what would become known as the Hellenistic Age that would end three hundred years later with the rise of the Roman Empire. Aristotle would die at age sixty-two in 322. By then he had written on an extraordinary range of topics—mechanics, the natural sciences, psychology, physics, astronomy, zoology, botany, biology, medicine, to name a few.
Aristotle advocated what he called “practical philosophy” that included ethics, economics, and politics, the science of governing.
It is the last topic that might help to put what occurred in the recent election in perspective. He considered man “a political animal” and offered what the author of “The Greek Search for Wisdom”, Michael A. Kellogg, describes as “a pragmatic, if messy, vision of free citizens who find their fulfillment in active participation in the affairs of state.”
“Aristotle,” writes Kellogg, “never loses sight of his ultimate criterion for the ideal state: it exists not to benefit a ruling class but to secure the good life of its citizens.”
Much of the depression and shock resulting from the election was the realization that, with the exception of the House, conservatives would continue to live under a regime that favored its own ruling class—the unions, environmental organizations, dependent minorities—in opposition to those who have achieved success whether as small business owners, corporations, professionals, or in the financial sector.
Many of the Founding Fathers were familiar with Aristotle, Plato, and other philosophers and historians of the earliest eras of Western civilization. They subscribed to a belief in “virtue”; the maintenance of an excellent character. “Such men were understood to disdain to lie, cheat, and steal not because some moral theory tells them it is wrong to do so, but because those are base and ignoble actions.”
This is what makes President Obama so fearful among conservatives. They concluded long ago that he is a liar and a man prepared to say or do anything to gain and keep power. This feeling goes beyond the usual suspicions the opposition has to any president.
What has baffled conservatives is that the same people who have brought the nation to a “fiscal cliff” are those who were returned to power in the Senate and the White House. When Republicans regained control of the House of Representatives in 2010, they began by resisting Obamacare and a whole range of presidential initiatives, but could not even bring the President to the table for a balanced budget, for any cuts in spending, for the things that led first to the Simpson-Bowles Commission and finally to automatic sequestration; deep spending cuts.
The fiscal cliff is Obama’s fiscal cliff. He no longer has George W. Bush as a convenient whipping boy and excuse.
Here’s what Aristotle knew so many centuries ago.
“The household was the critical economic unit of the state. Indeed, the Greek term for household management, oikonomike, is the origin of our term economics. The household or family has always been central to the life of a community or a nation, but a look at America today shows that the family has weakened with the advent of unwed mothers, the demands for same-sex marriage, and other attacks on it.
Artistotle advocated the need for private property, a factor that has always played an essential role in the creation of wealth in America.
He regarded democracy as the “most tolerable” of other forms of government, tyranny and oligarchy.
And here is where it gets interesting as Kellogg writes that Aristotle concluded that “Accordingly, when the many take power in the state they tend to vote for measures to equalize not just the rights of citizenship, but also the distribution of property and honors” and that “poverty is the parent of revolution and crime.”
If there is widespread fear among conservatives regarding a second Obama term, consider that two thousand-plus years ago Aristotle wrote that “tyrants preserve themselves by sowing fear and mistrust among the citizens by means of spies, by distracting them with foreign wars, by eliminating men of spirit who might lead a revolution, by humbling the people, and making them incapable of decisive action…”
Nor are we surprised to learn that Aristotle believed that the most critical component of a successful state was “a secure and stable middle class” and that “too much wealth in the hands of a few is as destructive to the good of the state as too little wealth in the hands of the many.”
This may explain why the GOP in Congress will likely bow to Obama’s demands for higher tax rates on the wealthy. That may have been one of the most appealing elements of his campaign to his supporters and it was a common demand of prior progressive presidents.
Ultimately, Aristotle believed that “the very process of collective deliberation and judgment is likely to reach a better result than the isolated judgments of individuals, even if those individuals are, by hypothesis, the best and wisest in the state.” Kellogg writes that “This is perhaps the most profound (and optimistic) endorsement of democracy ever made.”
Many conservatives today fear for the preservation of the Republic. To them I would say there are midterm elections coming in two years. By then, those who voted for Obama and Democrats may be less pleased with their choice. I am reminded of 1994 when Newt Gingrich and a few others engineered the complete Republican takeover of Congress. It has happened before and it can happen again.
© Alan Caruba, 2012
Posted by Alan Caruba at 2:18 PM

My wife and I have separately emailed John Boehner requesting him to stand fast and not to cave in to Obama regarding taxing the "rich". I include in this the inheritance tax which is nothing but theft. I hope your readers do the same and ask their friends to do so, too.

I have tried reading comments on the Huffington Post website so that I can gauge how liberals think and reason. Needless to say that it was an extremely depressing exercise. Thousands upon thousands of comments calling for increasing taxes on the evil rich; demanding free healthcare for everyone; and celebrating the demise of Capitalism. America sure is in trouble.

@Lime: This is how nations fall into decline. It is as old as civilization.

Alan said, " This is how nations fall into decline. It is as old as civilization"."

Very true: the rest of the world is facing decline and fall along with America.

In demographics, Europe, Russia, and the 57 Muslim nations are dying due to birth rates that fall far below the replacement level.

So this is the way the world ends...not with a bang, but with a whisper.

My ancestors left Europe because they did not like what Europe had become -- and was becoming.

As of last Tuesday, AMERICA has BECOME EUROPE!

This may seem off-topic, but as a physicist, and knowing that Aristotle stifled true physics for nearly 2,000 years, I don't trust Aristotle's judgment in any subject; he was a master of rhetoric, of merely persuasive speech -- known as such in his youth, at Plato's Academy -- and not a master of science (nor, it follows, of logical reasoning, however famous he is for that, in many peoples' eyes). For example, your statement, that "Aristotle believed that 'the very process of collective deliberation and judgment is likely to reach a better result than the isolated judgments of individuals, even if those individuals are, by hypothesis, the best and wisest in the state'...", is an argument for consensus, which I know to be false, as it is with regard to the hysterical climate consensus. Beware wrongheaded, dogmatic beliefs among the masses now -- the tyranny of a monolithic but false public opinion is how tyranny entrenches itself, with stealth, into the life's blood of a nation.

I think we have to keep focused here. Alan’s' points regarding Aristotle’s observations about the basic structures of life that work is a separate issue from any issues regarding physics. The concern here is based on the idea that socialism is a structure where a small elite make all the decisions. That is not what the structure of the U.S. Constitution was created for. The tyranny of the masses is always of concern, but the tyranny of an elite is far more dangerous….and that is the point at hand. What should really be of concern isn’t whether this current crowd of socailists are elected or not. The nation can withstand these kinds of people. What should be of concern is that the nation has become so irrational that they would vote for these people. That is far more frightening!