A Military in Decline 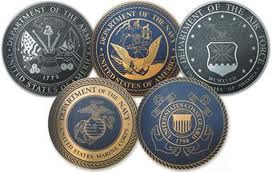 
Wars are often unpredictable. The outcome of such conflicts is also unpredictable, but defeat in future conflicts is now being “baked into the cake” and I suspect most Americans are totally unaware of how serious this threat is. You can be sure potential and actual enemies are calculating the odds.


A recent USA Today article noted that the choice between troops and modern weapons would require the Army to shrink to “as few as 380,000 soldiers and the Marine Corps to 150,000 troops. There would also be fewer Navy aircraft carriers and Air Force bombers. Current plans envision an Army of 490,000 soldiers in the coming years, and a Marine Corps of 182,000”, added that “The Army hasn’t been that small since before World War II when it had 267,767 soldiers.”


In January, the members of the Joint Chiefs of Staff sent a letter to Sen. Carl Levin, the Chairman of the Committee on Armed Forces.


“The readiness of our Armed Forces is at a tipping point. We are on the brink of creating a hollow force due to an unprecedented convergence of budget considerations and legislation that could require the Department (of Defense) to retain more forces than requested while underfunding that force’s readiness.” The letter addressed the “sequestration that has trigged “a cut in operating budgets of more than twenty percent across the Joint Force compared with the President’s budget.”


While “Troops on the front lines will receive the support they need…the rest of the force will be compromised.” The “looming readiness crisis” would force the Army, Navy, Air Force, and Marines “to ground aircraft, return ships to port, and stop driving combat vehicles in training.” After more than a decade of hard fighting in Iraq and Afghanistan, the Joint Chiefs warned that “We will be unable to reset and restore the force’s full-spectrum combat capability…”


The U.S. military is on life support. In July, The Washington Times reported that Gen. Raymond Odierno, the Army’s chief of staff, told a gathering at the American Enterprise Institute that fewer than one-quarter of today’s youth can qualify for Army service” but what struck me as odd was his view that this makes “the recruitment of women even more important.”


In the long history of the American fighting forces—indeed in the history of civilization—nations have not called upon their women to be front line combat personnel. The feminist movement in America has changed that and the military is under orders to recruit more women in the name of “diversity.”


It does not take an expert in military affairs to know that the demand to include more women in the ranks will degrade unit cohesion throughout of our fighting forces.


The Center for Military Readiness devotes itself to this topic and its findings should be front-page news. Instead, Americans remain unaware of the deterioration of the nation’s ability to train a new generation to defend itself and project its strength.


A recent Pentagon study by the Sexual Assault Prevention & Response Office (SAPRO) fills two hefty volumes. The Center says it “documents the dysfunctional consequences of social experiments with human sexuality in our military over many years” warning that “Failing to see the big picture, the Department of Defense is moving ahead with plans to extend problems of sexual assault and misconduct into the combat arms.”


As someone who has served in the U.S. Army well before women were introduced as part of the fighting elements, it comes as no surprise that, between 2004 and 2012, the number of sexual assault cases among military personnel “escalated from 1,275 to 2,949, an increase of 129%.” This has occurred in a military that has ”more sexual response coordinators (25,000) than it does recruiters (19,000).”


From the chiefs of staff down through all the officer ranks, the pressure has been on to accommodate the very real differences between men and women. It is compromising all elements of military service and is most evident in the area of training. The Center says “It does not matter what Pentagon officials and women-in-combat activists are promising now…incremental pressures to assign women to fighting infantry battalions eventually will drive qualifications standards down.”


The Marine Corps, an elite fighting force, serves as just one example. They reported that obvious differences in physiology should rule out women in combat. “On average, women have 47% lower lifting strength, 40% lower muscle strength, 20% lower aerobic capacity (important for endurance), and 26% slower road march strength. In addition, both female attrition/injury rates during entry level training and discharge rates were twice those of men and non-deployable rates where three times higher.”


“There is no incentive,” says the Center, “for ensuring that tough training standards for elite fighting battalions remain high and uncompromised.” That is the description for a fighting force that can no longer meet the rigors of the battlefield.


Every indicator of how our military’s combat readiness is being degraded is available to those in the Pentagon and in Congress. Double standards in the name of “diversity” will undermine the vital element of survival in combat, team and unit cohesion.


The Center has called on Congress to acknowledge these ancient and present challenges and to shape policy for the military as is its responsibility under Article 1, Section 8 of the U.S. Constitution.


“To truly honor and respect our courageous servicewomen, Congress should take this issue seriously,” says the Center. “The highest priority should be military necessity, not self-interest, political illusions, or ideology that denies differences between men and women.”


An under-funded U.S. military, riven with all manner of social experimentation involving women and gays, is putting the nation and our global interests at risk.

American military weakness at a time when WW III is about to break out in the Middle East...INSANE!

It reminds me of the U.S. Army of the 1930s that drilled with wooden rifles and cardboard tanks, as Nazi Germany massed for the offensive with plenty of real guns and tanks.

If history is a teacher this weak military machine of ours will become lean, mean and find good leaders.

After we lose much ground and many good troops...

Carter gutted the military, Reagan brought it back.

Obama guts the military, and if some rumors are to be believed, it's so he can take over America and disarm the American citizen.

He's going to need United Nations troops to do that, and I am firmly convinced that the 150 million or so gun owners and at least 75% of what military may remain will be enough to stave off that effort.

There's hardly any mention of homosexual rapes that are increasing in the military to the disbanding of DADT. Not only that, but recruiting thugs, gang members, terrorists and low IQ immigrants into the military will only push it back.

A nation that cannot defend itself with its army cannot hope to hold itself.

Feminists can whine all they want, the simple thing is: women were not made for combat. And, if they're going to complain about sexual assault, they should mention the growing homosexual rapes. But we won't see that, as that is "offensive."