President Christie? It Could Happen 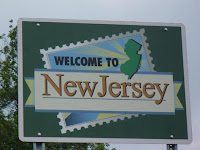 I have to confess I have enjoyed the brief head-banging between Kentucky Senator Rand Paul and Governor Chris Christie of New Jersey. I am New Jersey born-and-bred, having lived here with time out for college and the U.S. Army. I have traveled to most of the other states, but I was always happy to come home. I thought Sen. Paul looked like he was—no pun intended—in the wrong weight division when he got in the ring with Christie.


The Governor is running for re-election in November against a no-name female Democrat who was clearly chosen to be the sacrificial candidate against a sure winner. As this is being written, Christie has garnered endorsements from forty-three Democrat elected officials around the state, many of whom are heavy-hitters at the county level. In Secaucus where Democrats outnumber Republicans by nearly fifty percentage points, the mayor and entire town council just endorsed him.


How can Republicans win the White House in 2016? They could choose Chris Christie as their candidate. Of all the potential candidates the GOP will select in the primaries, Christie alone has the kind of cross over appeal that can encourage Democrats who are sick of the damaged Clinton brand to wish Hillary gone for good.


Christie’s national reputation is such that the Guardian, a British newspaper, recently treated its readers to a profile titled “New Jersey Governor Chris Christie is a lot more conservative than people think.” Among some conservatives, he is regarded as a RINO (Republican in Name Only), but his record in office says otherwise.


As the Guardian’s Matt Katz, noted, “In large swaths of conservative America, the thinking is that the Republican who may best be positioned to win the White House is not really a Republican.” Christie, however, campaigned vigorously for Mitt Romney and was a keynote speaker at the Republican nominating convention.


Some cavil at Christie’s assertive personality. Hey, he’s from New Jersey. Around here he is just being outspoken and candid. We like that.


No one can say that Christie is some pampered Ivy Leaguer from a privileged background. He is a true native son who only ventured outside the Garden State was to pick up a degree in political science from the University of Delaware (1984) followed by a law degree from Seton Hall University in 1987. The University, located in South Orange, is a short drive from where I live.


In 2002 Christie was named U.S. Attorney for the District of New Jersey and quickly gained acclaim for combating political corruption, terrorism, and gang-related violence, among other crimes. His record included more than 130 convictions or guilty pleas. When he left office in 2008, he was praised by Republicans and Democrats alike and won plaudits from the state’s newspapers. He became Governor in January 2010.


Still, conservatives are wary. Columnist Ann Coulter fell out of love with him after he warmly greeted President Obama to the state in the wake of Hurricane Sandy. Rush Limbaugh predicts he will be the 2016 presidential nominee—for the Democrats. Others are wary of his position on gun control, but he is not going to be taking anyone’s guns away. Meanwhile, as the Guardian article pointed out, “Liberals and moderates see him as a Republican they could learn to like.” 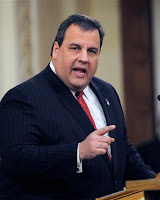 It would be a big mistake, however, for conservatives, Democratic, Republican, and independent to write him off. His record is there for anyone to see. He reformed the state’s pension and health benefits system in ways that will save more than $120 billion over the next three decades. While Governor, New Jersey has enacted three consecutive balanced budgets. He got the legislature to put a cap on property taxes. And he cut $2.35 billion in job-destroying taxes, along with eliminating hundreds of rules and regulations, removing a burden on New Jersey businesses.


Christie has increased education funding and secured revisions to the state’s antiquated teacher tenure laws while helping to increase charter schools in under-performing districts around the state. He has dedicated nearly $1 billion to hospital charity care and increased funding to the state’s 105 community health-care centers to $50 million, an all-time high. If that’s not considered conservative to some, it’s likely that those benefitting from these priorities would disagree.


In a July 30 press conference, Christie said “we’ve made a choice to expand the Medicaid program to cover more New Jerseyans and get them more healthcare coverage in partnership with the federal government. On the other hand, we’re not going to do state-based exchanges because the federal government won’t tell us what the rules are, won’t put us in control, and won’t tell us what the cost is going to be.”


To those who are still unhappy about the greeting he gave President Obama in the wake of a super-storm that destroy swaths of the famed Jersey shore, on July 30 his administration announced that the Federal Emergency management Agency (FEMA) had awarded more than $14 million in public assistance grants to the municipalities of Belmar, Lavallette, and Newark.


There is more than can be said of the Governor, but it is worth noting that Christie ties with Hillary Clinton in polls of general election voters. Name another Republican that has done that.

These are not normal times and honest elections are a thing of the past.

Problem with this is guns.

He gets elected, congress will shift.

They shift, anti-gun legislation will pass and Christie will sign it.

Even if his record is less RINO that it appears, he's still not pro-gun and the gun owners know it.

Remember, the commentary is pure speculation...and so are your responses. That's what makes politics so much fun to write about.

It's either speculate in the comments or get really, really depressed.

I hear despair is a sin.

Angus brings up the *guns* thing and that is my biggest issue with Christie...

I have *other* issues but that one tops the list anyway...

What worries me most about a "President Christie" is that he has been polluted (no pun intended)by the global warming enthusiasts. There have been a number of instances where he has not only approved funding for solar and wind power, but actually ENDORSED them as workable replacements for coal and nuclear power. Don't get me wrong - I like Christie, particularly for how he goes to battle with the public sector unions and his desire for a fiscally sane government, but he does have some very Democrat-like tendencies when it comes down to the role of government in the lives of the citizenry.
That being said, I would LOVE to see Christie rail at Hillary in the debates and tear her down.

I don't like any of his global warming and renewable energy tendencies. I wish someone would brief him on how wrong he is.