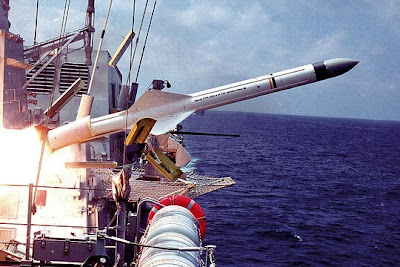 
I don’t know why the White House doesn’t just send Syria’s Bashar al-Assad a map of where it intends to attack with Tomahawk and other missiles. The bottom line, however, is that this much heralded military adventure is unconstitutional. The President has no authority to initiate the use of the military against Syria.


This has not stopped presidents from engaging the nation in wars, but the last declaration of war, as specified in Article 1, Section 8, Clause 11, occurred on December 11, 1941 against Germany as a response to its formal declaration of war against the United States. Three days earlier Japan had attacked Pearl Harbor initiating a state of war.


As the Tenth Amendment Center points out, “Unless fending off a physical invasion or attack, the president is required to get a Congressional declaration of war before engaging in military hostilities in another country.”


Let us be clear about this. Syria has not declared war on the United States and, while the use of gas goes against an international convention against it, the Assad regime has already killed 100,000 Syrians in a civil war. Nor is Syria the only nation in the Middle East known to have used gas. Saddam Hussein gassed several thousand Kurds in Halabja, Iraq in 1988 and used it in his eight-year war against Iran. The West’s response was to do nothing except to condemn it.


As Daniel Pipes, president of the Middle East Forum, points out, “Warfare is a very serious business whose first imperative is to deploy forces to win—rather than to punish, make a statement, establish a symbolic point, or preen about one’s morality.”


President Obama’s first mode of governance is to make a speech and then to assume the problem is solved. From his very first speech in Cairo in 2009, those in charge in the Middle East interpreted his policies as weakness.


When President Clinton lobbed a few missiles by way of retaliation for al Qaeda attacks on U.S. embassies in Africa, Osama bin Laden concluded the U.S. was weak and set about planning the two attacks on the Twin Towers.


Dr. Pipes warns that “Bashar al-Assad’s notorious incompetence means his response cannot be anticipated. Western strikes could, among other possibilities, inadvertently lead to increased regime attacks on civilians, violence against Israel, an activation of sleeper cells in Western countries, or heightened dependence on Tehran. Surviving the strikes also permits Assad to boast that he defeated the United States.”


The Wall Street Journal opined that “there is no good outcome in Syria until Assad and his regime are gone. Military strikes that advance that goal—either by targeting Assad directly or crippling his army’s ability to fight—deserve the support of the American people and our international partners. That’s not what the Administration has in mind.”


What Obama has in mind is a symbolic attack in much the same way killing bin Laden was both necessary and symbolic. In making the announcement Obama declared “Yet his death does not mark the end of our effort.  There’s no doubt that al Qaeda will continue to pursue attacks against us.  We must –- and we will -- remain vigilant at home and abroad,” adding that ”As we do, we must also reaffirm that the United States is not –- and never will be -– at war with Islam.”


Islam, however, is at war with the United States and the West. That is the declared aim of both al Qaeda and the Muslim Brotherhood.


The war in Syria is a civil war. There is no good outcome no matter whether the Assad regime wins or is overthrown. There is no strategic or tactical victory to be achieved by the United States in either case. Simply punishing the regime for using gas achieves nothing except to expend several million dollars’ worth of missiles.


The Tenth Amendment Center points out that “As they did in the war against Libya, those violating these strict constitutional limitations will like refer to an attack on Syria as something other than ‘war.’ But, changing the words they use to describe their actions doesn’t change the constitutional ramifications. Under the Constitution, a war is a war whether you call it a war or something else.”


The time is long past when America must address whether our military interventions in the Middle East have demonstrated any success. To date, they have not. The majority of Americans are opposed to an attack on Syria and both the Constitution and the collected wisdom of the public argue strongly against it.


We are, however, too far down the road thanks to the administration’s declared intention to do so. War it has been said is to be an extension of politics. We will witness a political gesture and one that is intended to demonstrate Obama is a leader internationally and domestically. He is neither.

But when has the Constitution or the law ever mattered to Obama?

My question is this; WHEN does the U.S. Congress and Senate *grow a set* and stop this MB supporting Communist bastard?

Fred, if Congress gives him a pass on this, the Constitution won't be worth anything...and I think he's counting on that.

However, Rep. Nadler (D) has just issued a statement warming Obama not to proceed without congressional authorization.

The thing that keeps me wondering is what they hope to accomplish. If they get rid of one dictator and replace him with another dictator...who hates the west even more than dictator they now have....will that be better?

These countries are not like the countries in the West. They are medieval societies with modern trappings and military hardware, but they are ancient tribal enemies who are emotionally, intellectually, philosophically and religiously divided and always will be. These tribes are fighting the same battles they have fought amongst themselves for centuries.

Since there is no solution; why would any sane person want to get involved?

Rich, I keep wondering how long it will take the West to stop intervening in the ME? As you say, it is just a collection of tribes and sects that dislike each other...and us.

Does everyone have their popcorn, beer and HDTV in place?

Tomorrow is "Wag The Dog" Day - except it's for real.

Stop whining about the Constitution. It has been a dead letter for a hundred years, especially the war power (Article I, Section 8).

The real problems are (1) that Assad would be strongly motivated to retaliate against America's allies and assets in the region, and (2) Iran has promised to attack Israel if we attack Assad.

The possibility of a large regional war is very real. It might be inevitable. A world war is less likely but not impossible. If anything, the leaders of the major powers in the summer of 1914 were probably smarter and more honest than the insane, corrupt thugs who rule over us now. And they gave us WWI, communism, fascism, the Great Depression, WWII and the collapse of six great empires.

TexasFred said, "My question is this; WHEN does the U.S. Congress and Senate *grow a set* and stop this MB supporting Communist bastard?"

In a way having a dictator and Supreme Party to make all the decisions in the country is a relief...

For one thing you don't have to worry about who to vote for since they're all the same - FOR REAL!

Enjoy the war, because the peace is gonna be HELL!

Ron, I do not think the situation is as bleak as you suggest. The Constitution still exists and both Dems and Republicans have joined together to write to Obama to tell him it must be obeyed.

Seems to me congressional approval is irrelevant. What difference does it make if congress approves it? The end results of an attack on Syria would be the same.

Does anybody think for a minute the congress wouldn't approve an attack on Syria? Has congress ever stopped a U.S. military action in that past? Unless I'm forgetting something, most go along with it if only to "support the troops".

In a constitutional republic like ours, dispensing with the Constitution is an open door to tyranny.

Maybe so, but I'd say the end results will be the same whether congress gets to vote on it or not.