Meteor Dust and My TV Reception 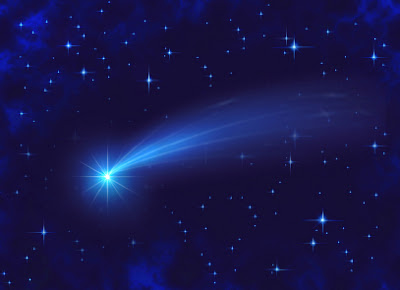 
Throughout much of the last two days my Direct TV reception, fed via satellite, was disrupted as some stations were accessible while others were not. Turned out to be just an outage problem for my apartment complex, but I initially wondered if it might have to do with lots and lots of meteoric dust.


Here’s why: on August 11th and 12th the annual Perseid meteor showers were at their peak. They are commonly called shooting stars and can be quite stunning. They are, as Karen C. Fox noted on NASA.gov, only “the tip of the iceberg when it comes to meteoroids slamming into Earth’s atmosphere. Some 10 to 40 tons of material of invisible meteoric dust enters the atmosphere from interplanetary space every day.”


And you were worried because Al Gore has been ranting about a little bit of carbon dioxide (CO2), a mere 0.038 percent of the atmosphere, was going to destroy the Earth?


Here’s what Steven Goddard, the proprietor of the Real Science blog, noted on Saturday, August 10, after hearing that CO2 now constituted 400 parts per million in the atmosphere:


At some point people have to understand that all talk of CO2 having anything to do with the weather and/or climate is a huge lie. And all those schemes and laws intended to reduce CO2 emissions are lies as well.


Take a moment and think about all the other environmental things you are supposed to worry about. Rising sea levels—not happening. Melting glaciers—not happening. Disappearing rain forests—not happening. And on and on with an endless list that all require billions in government funds to research and billions more wasted on solutions that solve nothing.


Happily, no one fears meteor showers. As Ms. Fox reported, “The big showers like the Perseids, and later the Leonids in November, are caused when Earth and its atmosphere travels through a region of the sky filled with left over debris lost by a particular comet.” This dust “ploughs into Earth’s atmosphere at speeds of between 7 to 44 miles per second. They also bring with them minerals and metals from their parent bodies, such as sodium, silicon, calcium, and magnesium.”


John Millis, Ph.D., is an assistant professor of physics and astronomy at Anderson University, in Anderson Indiana. He teaches a wide variety of courses while maintaining an active research program in high energy astrophysics. Some time ago I printed out an article he authored, “A History of Massive Solar Storms.” Those who think that a little CO2 in the atmosphere is a threat to all life on Earth should try to wrap their minds around the prospect of a really big solar storm.


“Should a solar storm erupt in the coming years,” wrote Dr. Mallis, “it will release a massive amount of high energy charged particles streaming toward Earth. Such a storm occurred in 1859.”


The good news is that a sign of such a solar storm is an increase in sun spot activity and, right now, there is negligible sun spot activity. Scratch it off your worry list. However, low sun spot activity—magnetic storms on the sun’s surface—is the reason the Earth has been in a cooling cycle for some 17 years. We are not going to be hit with a huge solar storm, but we could be on the cusp of the next Ice Age.


Some say the world will end in fire,
Some say in ice.
From what I've tasted of desire
I hold with those who favor fire.
But if it had to perish twice,
I think I know enough of hate
To say that for destruction ice
Is also great
And would suffice.


That’s not only great poetry, but pretty good science as well.

Let us not forget Al Gore and his polar bears.
This was uploaded to You-Tube in 2008.
http://www.youtube.com/watch?v=p_Hfndttkt8

As for meteor showers, the only thing I ever got out of looking for them was a stiff neck.