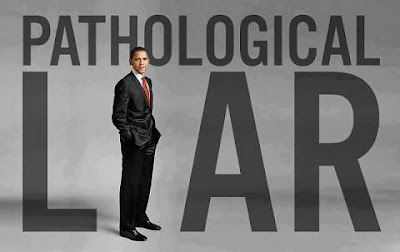 
If you Google “Obama + Liar” it will cite 33,000,000 times in which someone has written or posted that Obama a liar and, after a slow start, thanks to an adoring media, it took well into his first term for the accusation to become frequent. Inaugurated in 2009, early on his lies were being cataloged in order to keep up with them. There is even a website devoted to his lies, http://obamalies.net/. They are constant.


One of the most famous stories about George Washington was penned by Mason Lock Weems, more generally known as Parson Weems, an American author who is forever a part of our history for his “Life of Washington”, in which he spins a tale about young George and a cherry tree he chopped down. When challenged, Washington replied “I cannot tell a lie. I did it with my little hatchet.”  That, of course, was fiction. Washington was a man of widely acknowledged integrity, but he successfully deceived the British on many occasions.


All Presidents have been accused of lying by their political opponents, but Obama’s habitual lying has generated millions of words as various pundits have tried to figure out why. Writing in the October 25, 2012 edition of American Thinker.com Selwyn Duke said, “A liar, however is someone who lives and breathes the lie; someone who specializes in the art of artifice; someone to whom lying is his first recourse, not his last. Such a man is Barack Obama.”


In July 2011, Joseph Curl asked “Is Obama a pathological liar?” in a column for The Washington Times. “In the weird world that is Washington, men and women say things daily, hours, even minutely, that they know deep down are simply not true. Inside the Beltway, we all call those utterances “rhetoric”…And lately the President has been lying so much that his pants could burst into flames at any moment.”


Bearing in mind those 33 million Google posts, I will spare you further quotes, but we have reached a point where the question of the President’s ceaseless lying has finally become a major political issue.


In June The Pew Research Center, which has tracked the various descriptions of President Obama over the years, noted that “The survey finds that the one-word impressions people have of Obama have changed a great deal throughout his presidency. Terms like incompetent and liar now are among the most frequently used words to describe Obama.” No surprises here. 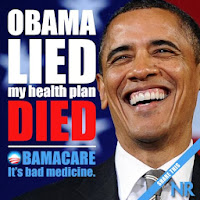 The revelations about ObamaCare and the lies Obama told to sell it to the public have now become unavoidable for the White House, and they will have a significant impact on the 2014 midterm elections next November  if the Republicans in Congress can resist letting him off the hook by going along with a proposal to delay its implementation for a year.


The only way ObamaCare can be repealed is if the GOP controls both the House and the Senate. There is an old political adage that says, if your opponent is determined to hang himself, for Heaven’s sake, don’t take away the rope.


There are some well-known facts about compulsive and/or pathological liars and they all fit Obama. Compulsive lying is a type of obsessive disorder. Pathological liars are described as manipulative and cunning people who lie to achieve their goals without caring whether it hurts the feelings of others. Compulsive liars lie because it is their automatic response to any situation. They are often referred to as habitual or chronic liars.


I am not a psychologist or psychiatrist, so I will not pass judgment beyond what other observers have had to say regarding Obama. I do think, however, that there are some serious aspects to his behavior that must be addressed.


In the halls of Congress as elsewhere, a man’s word is his most valuable commodity. Where there is no trust, very little of the nation’s business can be conducted and Obama, Pelosi, and Reid, the Democratic leaders, have severely destroyed whatever trust might have been extended to them initially by their Republican counterparts. Indeed, Congress is noteworthy these days for having passed far fewer bills than previous ones.


Years ago there was a Russian poet, Yevgeny Yevtushenko, who, living in the then-Soviet Union, warned us all, “When truth is replaced by silence, the silence is a lie.”  We cannot be silent in the face of the tsunami of lies pouring forth out of the White House, as told by the President, and by those around him.


We must expose the lies, discuss the lies, and we must resist the lies or be their victim.

I think Obama's personalty disorder is even worse than just being a liar - the man is a classic psychopath:

Indeed, one is the current president of these Dis-United States of America.

If you point out the fact that Obama lies you get called a RACIST...

If you point out the fact that Obama is a rank amateur, you're a racist..

If you don't like Obama because he's a rank amateur and a liar, yeah, you're called a racist...

The TRUTH is NOT hate speech!

Someone told me years ago this name for it. "Narcissist" Not sure it that is the correct spelling.