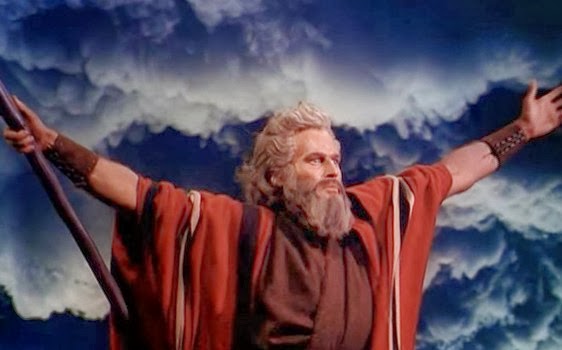 
When I was growing up in the 1950s there were two blockbusters, “The Ten Commandments” and “Ben-Hur.” Together they pulled in $1.795 billion in adjusted domestic ticket sales. The power of the Bible, both Old and New Testaments, to draw audiences is impressive and, in hard times like the present, many seek a message of hope in religion.


It’s worth keeping in mind that, according to Pew research, by the end of 2012, a large majority of Americans—77% of the adult population—identify with a Christian religion, including 52% who are Protestants, 23% who are Catholic, and 2% who affiliate with the Church of Jesus Christ of Latter-Day Saints, Mormons. Some 18% expressed no explicit religious identity and 5% identified with a non-Christian religion.


U.S. Presidents, particularly the Founders, were serious readers of the Bible. Tevi Troy, writing in The Wall Street Journal on February 14, noted that “Our earliest presidents, George Washington, John Adams, Thomas Jefferson, and James Madison were all assiduous readers—of history and philosophy, and the Bible as well. Lacking many books in his earliest years, Abraham Lincoln “was among the most diligent readers of all U.S. Presidents.


I suspect that the Obama administration’s open attacks on the Catholic Church for its resistance to Obamacare’s demands that contraceptive medications be covered in healthcare insurance plans makes a lot of Americans, not just Catholics, uneasy at best, raising serious questions about the nation’s fundamental devotion to the free practice of religion.


In a statement about the National Day of Prayer, President Obama made no reference to Christianity, but acknowledged freedom of religion in its historic context. He is a far cry from his predecessor, George W. Bush, for whom his faith in Jesus was openly acknowledged and who found wide support in the nation’s evangelical community. Bush was an avid reader of the Bible.


A Marxist at heart, I doubt that Obama cares much for Christianity and his Chicago church was led by Jeremiah Wright who is most famous for having said “God damn America” and had to apologize for remarks critical of Jews. Obama has openly defended Islam and many believe he is a Muslim.


Hollywood is rediscovering the Bible these days after years of films based on cartoon characters like Batman and Spider Man. In 2014 it will release more big Biblically-based films than it has in the last eleven years combined and the trend is strong for more in 2015.


Debuting in February was “Son of God” from Twentieth Century Fox, culled from the History Channel’s 2013 miniseries, “The Bible”, produced by Mark Burnett who, along with his wife, Roma Downey, is a devout Christian. Debuting in March is “Noah” from Paramount, starring Russell Crow and coming in April is “Heaven is for Real.” On its way to the nation’s theatres are “Mary” and “Exodus.”


Burnett believes that people are seeking messages of spiritual uplift in the wake of the 2008 financial crash and I would add the five years of Obama’s failed management of the economy with its emphasis on socialist, Keynesian government spending that has proved to be largely a waste that has added six trillion to the nation’s soaring debt.


Having attended school when the day began with a pledge of allegiance and the reading of a prayer, I am among those who lament the court-imposed ban on the latter.
As a longtime book reviewer, I have seen a trend of books espousing atheism. Among the latest I have received are “Writing God’s Obituary: How a Good Methodist Became a Better Atheist” by Anthony B. Pinn, “The Original Atheists” edited by S.T. Joshi, and “The Transcendental Temptation: A Critique of Religion and the Paranormal” by Paul Kurtz, one of the most active critics of religion with fifty books to his credit. There are, however, many books that explore faith such as “Faith Afield: A Sportsman’s Devotional” by Steve Scott and “”What on Earth Do We Know About Heaven?” by Randal Rauser.


One can only hope that Hollywood’s rediscovery of the Bible will contribute to a resistance against those groups and individuals who protest any display of religious symbols such as the Cross, notable during the Christmas holidays.


America was founded by men who were believers in religious expression and faith. And tolerance. The drift from these values harm the nation and a renewal of them are the essence of hope.

The traditional joke told in many college philosophy classes tells it all: a professor writes on the chalk board at the end of his class in big bold capital letters underlined..

The class is dismissed, the lights turned off and the door locked by the professor who has the only key to the door.

The next morning, the professor unlocks the door, turns on the light and looks at the chalk board and written by an unknown hand in bold, underlined capital letters...

Hollywood is just like a duplicitous Democrat come election time, they will say ANYTHING they think will get votes and ANYTHING it takes to have a $25/$30 MILLION opening weekend..

I know why guys like us aren't politicians and movie producers too Alan... We can BS a little, and have fun with it, but to be a Pol or a Producer you have to be able to LIE, stab people in the back, screw your neighbor and give a convincing speech... ALL at the same time.. I just can't multi-task like that...