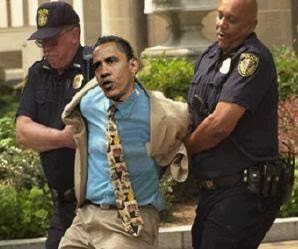 
America has arrived at a point at which it has never been in its 226 years of existence since the Constitution became effective in 1788. It has a President for whom that Constitution is routinely ignored in his quest to “fundamentally transform” America into a nation it has never been despite the slide into progressive policies that began early in the last century.


His namesake legacy legislation, Obamacare, is wreaking havoc on the lives of millions of Americans who have lost or will lose their healthcare plans that have been replaced with those whose cost is far higher. It is costing the nation jobs, reducing further the income of millions. The Congressional Budget Office just released a report predicting it will cost 2.3 million jobs and add $1 trillion in projected deficits.


While in office in his first term, the U.S. credit rating was reduced for the first time in its history.


In January CNSnews reported that 1,687,000 fewer Americans were holding fulltime jobs than held jobs in December 2007—the month the last recession began. The current number of jobless Americans is more than 92 million Americans. Simply stated, Obama has failed to restore the economy during his five years in office, having spent the first four years blaming George W. Bush for this failure.


As 2013 came to an end, Fred Barnes, writing in The Weekly Standard, noted that “On the five most important polling questions that measure a president’s success, he not only dropped significantly, but he’s now regarded negatively overall. The five yardsticks are presidential job approval, honesty, handling of the economy, strong leadership, and the public’s impression of him personally. Being under water on all five is extraordinary, if not unprecedented.”


For a growing majority of Americans, Obama has become public enemy number one. 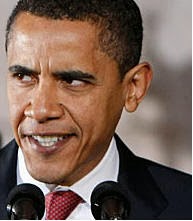 At the heart of the disapproval of Obama is the realization that he lies about everything all the time. Nothing he says can be trusted and this is a definition of pathological dishonesty. In a recent interview before the Super Bowl with Bill O’Reilly, he lied about every issue raised. Increasingly, guests on the channel’s news shows are beginning to regularly use the word “lie” to describe what he says, where before they used euphemisms such as “untruths.”


Because the Senate is controlled by the Democratic Party, a deluge of legislation passed by the Republican-controlled House to respond to Obamacare and other aspects of the economy have been killed before any debate or vote can be taken. The Democratic Party is now wholly owned by progressives, more resembling the Communist Party USA than its former self. It engages in denouncing any critic of Obama as being a racist.


Obama’s January State of the Union address reflected his dishonesty and his agenda. It reflected the progressive belief in the “collective” rather than the value of the individual. Obama has pursued a policy of class warfare, seeking to divide Americans over the issue of economic inequality. He declared climate change—the new name for “global warming”—as “settled” science at a time when the U.S. and the rest of the world has been in a cooling cycle for the past seventeen years and can expect to remain in it for many decades to come.


At a time when many Americans cannot find work, Obama has urged an immigration amnesty that would add an estimated eleven million illegal aliens to the population along with their families which would also qualify. The only reform Americans want is stronger border security.


Reflecting barely three percent of the population, Obama reversed himself to endorse same-sex marriage, has altered the U.S. military’s policy on gays and pursued a policy to integrate women into combat units. He has forced several hundred flag officers, generals and admirals, to retire, has expanded Homeland Security’s enforcement corps, and endorsed the vastly expanded ability of the National Security Agency to secure data on every phone call Americans make or receive.


At the same time, he has sought restrictions on the Second Amendment right to own and bear arms.


It is essential to understand that no President has had the power to issue an executive order that does not have constitutional or regulatory empowerment. Failing this, any President acting in this manner is doing so as a king or despot. The Constitution was written to avoid such usurpation of power.


These and other actions have endangered the Bill of Rights on which Americans depend for justice and freedom.


I have thought that it would be unlikely the first black President will be impeached. I am beginning to think that a momentum is building toward impeachment in a Congress that no longer trusts Obama.


Obama took an oath to “faithfully execute the Office of the President of the United States” which includes the enforcement of its laws. He has not only directed that laws with which he disagrees not be enforced, but he has unilaterally and unconstitutionally made changes to laws. Only Congress has that right.


The November midterm elections hold forth the opportunity to give the Republican Party the opportunity to take control of the Senate and increase members in the House. Given the trends in the polls, this appears to be the outcome. It is all that stands between Americans and a President whose contempt for their welfare and intelligence is on display every day.

When a person feels that they have a *divine* mandate that allows them to be an *Imperial President*, there is NO end to the damage that can be done..

Nixon was impeached for a lot less.
The color of his skin keeps Obama in office.

What makes anyone think the 2014 elections will change anything even if the Republicans take the House and Senate?

Obama has made several statements tantamount to him being the dictator who will rule with a phone and a pen!

Impeachment? Good luck with that idea, as it so isn't going to happen to the first black president!

The fact is there will be no soft landings for this country - we are mounted on a runaway tiger headed towards a cliff.

Republicans appear weak, afraid to make a stand.
Quite frankly, I never knew a President could rule by executive order as Obama has.
The checks and balances designed by the constitution no longer exist.
It might be a good time for federal judges to get involved. Of course they may be as corrupt as the rest of the clowns on capital hill.

The American people are to blame.....not Obama.
Turns out the American people have been brainwashed by the leftist liberals.
If you are that stupid and uncaring of what used to be a wonderful country so be it.
Only the American people can turn this potential disaster around.
A good deal of National pride would be a start, and then get ris of the Democrats and elect a reformed Republican party....... minus McCain & his ilk.

Hey Alan;
Obama will not get impeached, he controls the media and the mob. The GOP will talk a good game before the election but they are afraid to do anything. Wait until Hillery gets coronated in 2016 and we will see more of the same.

Future Historians will debate when the end came - was it in 1999 when the Senate refused to remove Bill Clinton from office? Perhaps 2001 when Homeland Security was create? Maybe 2008 when the economy nearly collapsed and the Fed seized control? It could be 2009 when Obama took office and started down the road of one man rule.

Of course, the Republic can be restored, but I say this with caution knowing the fate of the Roman Republicans led by Brutus who died in rebellion against Caesar.

These days I think of Cato The Younger, who fell on his sword rather than submit to the tyranny of Caesar.