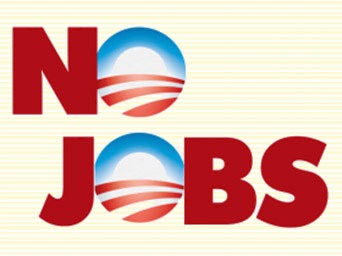 
A close relative of mine has been spending months job-seeking and the news from the White House in the first week of March was that the President was playing golf in Key Largo while Joe Biden was in the Virgin Islands soaking up the sun. It’s not that they don’t deserve some down time, but down time for the unemployed is full time. The U.S. has 866,000 fewer people employed today than when the recession began in the wake of the 2008 recession.


Since Obama became President in 2009, there has been a 3.5 million increase in jobs, but 12 million new working age people. This is supposed to be a “recovery” according to the White House but the job numbers are not keeping pace with the job-seekers.


It’s not widely reported, but the labor force participation rate of 63% remains stuck at or near its lowest point since the late 1970s. There are two million fewer Americans in the labor force today than a year ago. The number of long-term unemployed, six months or more, rose by 203,000.


While Obama keeps bloviating about income inequality, too many Americans have no income at all.


This is a President who has been pushing to raise the minimum wage, but according to the Congressional Budget Office, raising it to $10.10 an hour would cost the U.S. economy a half-million new jobs by 2016.


In an article by Michael D. Tanner that was published by the New York Post in August of last year, he noted that “The federal government funds 126 separate programs targeted towards low-income people, 72 of which provide either cash or in-kind benefits to individuals.” In addition, state and local governments have welfare programs as well. Who funds these programs? Those with jobs. Welfare benefits are not taxed.


“There is no evidence that people on welfare are lazy,” wrote Tanner. “Indeed, surveys of them consistently show their desire for a job. But they are not stupid. If you pay them more not to work than they can earn by working, many choose not to work.”


Former Presidents have encountered recessions when they entered office and those such as Kennedy and Reagan put an end to them. When taxes are lowered it puts more money into the economy and that stimulates it. There is no such talk from Obama and, indeed, his 2014 budget adds billions more that he wants to add to government revenue and spending.

A March 10th Rasmussen survey found that the President’s proposed new $3.9 trillion federal budget that includes $55 billion in new spending for fiscal 2015, is regarded by one-out-of-two voters (50%) who think the Obama administration has already raised spending too much.


Spending is controlled by the House of Representatives, but legislation to address the present economy has been consistently blocked in the Democrat controlled Senate. It’s the same one that enacted the Affordable Care Act, Obamacare, which is playing havoc with the nation’s health system and impacting its economy by forcing businesses to either cut the number of people employed or reducing full-time workers to part-time status.


Obama and his administration is so detached from reality that it is afflicting millions of Americans who want to work while at the same time its policies are reducing the number of new jobs being created.


If this is a deliberate policy—as I believe it is—the only conclusion is that the President is intentionally inflicting a huge debt and impediments to our economy that are reducing the greatest nation on Earth to a third world nation status. He opposed the view of American exceptionalism and is doing everything he can to kill it.