The Path to War 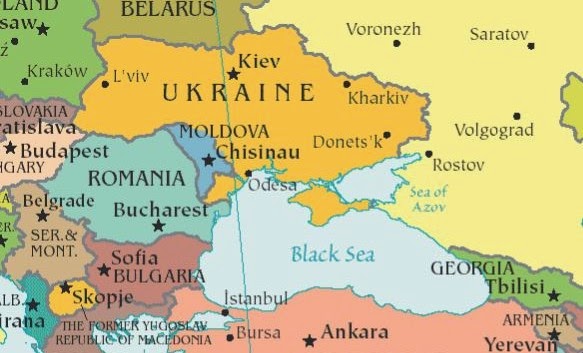 
Having lived through the long Cold War with the former Soviet Union, including the Cuban Missile crisis, my thoughts over those years were that their leaders would not risk war because the outcome would be disastrous for Russia. When it collapsed in 1991, its Eastern Europe satellite states broke free to establish their independence.


Now Vladimir Putin wants them back. The West can be forgiven for abandoning Crimea to the Russians because it was a part of their nation for hundreds of years and they have good reason to want to retain its only warm water ports there. That does not, however, give them a claim on the rest of the Ukraine. It is massing troops along its borders.


Historically, the path to war is often strewn with a failure to respond to aggression or with an over-response.


In the last century, the U.S. resisted involvement in European wars until it was under attack in some fashion. We entered World War Two that had been occurring since 1939 when Germany attacked Poland when we were attacked by the Japanese Empire in 1941 and we resisted getting into World War One for most of it until the very end. Begun in 1914, the U.S. did not enter until 1917 in response to submarine attacks and diplomatic efforts to encourage Mexico to reclaim its former territories. It was concluded in 1918, mostly because Germany had exhausted its resources by then. Barely twenty years later Hitler began World War Two.


Obama keeps talking about the 19th century and international laws, but Russia and other enemies only understand the use of power to secure their expansionist ambitions. Vladimir Putin, now enjoying a renewed popularity at home may conclude he can seize the Ukraine with minimum effort and resistance.


He has reason to believe this given the feeble response of the U.S. and Europe to date. Some relatively minor sanctions have been announced and others are being considered. At this writing those sanctions involve seven Russians and four Ukrainians. There has been no U.S. military aid to Ukraine and only some minor transfers to military assets to Poland.


For Putin, the judgment rests on Obama’s weakness and whether he and Congress would respond more forcefully. He has little reason to believe this given Obama’s withdrawal from Iraq and the U.S. withdrawal occurring in Afghanistan. Add Obama’s continued reduction of the U.S. military budget and its level of power and you have the kind of calculations that can lead to more aggressive action by Russia.


World War One saw the end of several empires such as the Austrian-Hungary and the Ottoman Empire. It launched modern warfare with the introduction of new, more lethal weapons and innovations such as aerial warfare. It began on June 28, 1914 with the assassination of Archduke Franz Ferdinand in Serbia. By August, Germany declared war on Russia, France, and Belgium, and on August 19th the U.S. announced its neutrality.


Neither the U.S., nor Europe wants to engage Russia militarily, but neither has either to date demonstrated any intention to protect the Ukraine or other nations that border Russia. That failure has enormous implications and must be reversed with action that includes the transfer of NATO troops and other actions demonstrating the will to resist.


Obama keeps referring to the “international community” but in the real world all nations act to protect themselves despite organizations such as the United Nations, NATO and treaties that promise mutual aid and protection.


Putin knows this even if Obama and his advisors do not. Obama’s actions at home have weakened the U.S. by virtue of our enormous, historic debt and, as noted, his constant reductions to our military strength.


Strong financial sanctions against Russia may give Putin cause to reconsider, but we cannot wait much longer for their implementation. This is complicated by Europe’s and our own financial investments in what was seen as a new Russia.


Europe’s dependence on energy provided by Russia adds to its reluctance. Craig Rucker, the executive director of the Committee for a Constructive Tomorrow (CFACT) notes that “The radical eco-left has gained such powerful sway across Europe that they have cut their nations off from their most reliable domestic sources of energy.”


“The feel-good cover story is laden with pictures of windmills and solar panels, but the hard facts remain that these expensive and inefficient sources of energy are not up to the task of powering a continent. That leaves much of Europe dependent on Gasprom, Russia’s natural gas export company and pipelines through the Ukraine.”


Overall, however, Russia is regarded to have a weak economy and a reliance on Western capital markets. That might be sufficient to forestall any action regarding the Ukraine.


With Putin in charge, we are looking at a former Russia, the Soviet model.


So the world watches as the U.S., its European allies, and Russia close in on a repeat of the last century’s history with the added threat of nuclear arms capable of destroying entire nations.

Darn good point. America can sway how other countries act but several methods. We can do so militarily, with money and trade, or with energy. Sadly, we cannot even provide our own energy resources and must buy it from those that may not like us much. Thus, we make ourselves beholden to them, and put money in the coffers of our enemy, who turn around and spend that money to harm us later.
But our president has taken this incredible tool of power off the table. Had we developed our energy resources, we could not only support ourselves, grow our own economy, and take money away from our enemies, we could also help other friendly countries that are currently under the spell of whoever they are getting their oil and natural gas from now.

Imagine if we had the ability to supply ourselves and our allies with American oil and gas. The world would be ours and our enemies would not have the power or money they currently have.

The other tools used to exert our influence, our military and our good name, have been run into the ground by obama. Thus, America has almost zero influence today. We are trading on our past reputations, which is eroding daily. The only thing we may have left, is the fear that one day, a real president and a real congress may regain power, and remember who was our real friends and who was out to screw us. The next election will truly determine not only the course of America, but the whole world. Our enemies and friends are going to respond in kind to our next election.

And I am sure that if during our next election, Americans choose poorly, our friends will leave us, and our enemies will grow bolder. Elections have consequences, but sadly, most voters are uninformed and ignorant, or black, and will vote incorectly.

1. Russia does NOT do diplomacy
2. Force is the Russian/Soviet way
3. Obama is a *babe in the woods* when dealing with LIFE in general, he has NO clue... In an international *dust up* he is beyond useless
4. Russia, and now the entire world KNOW this to be fact
5. The USA is in the most precarious position we have ever been in, a faltering economy, a weak dollar and a POTUS that isn't capable of going to the bathroom without help and directions.

Sadly, I see no American *savior* on the horizon, I see no Ronald Reagan ready to ride in and save the day.

Barack Hussein Obama is a gutless, mindless jerk, and he is on the verge of getting a lot of Americans KILLED!

Great read Alan, as always, and another proof tht the biggest threat to peace is weakness. Pres Reagan won the Cold War by strenght, resolve and resilience, Obama made the US weak and meek, with the result of a destablized world.

It worries me that so many people on the Right are buying into the Putin as Enemy thing. The Crimea always was part of Russia. It has voted overwhelming to return to Russia. I don't see the problem.

If anything Putin is a useful counterweight to the aggressive expansionism of the EU.

@dfordoom: Putin has the Crimea and the billion a year it will cost to maintain it. Also, it gets all its energy from Ukraine, not Russia, so he is likely at this point to settle for what he's acquired. Russia's economy is not that great and getting into a fullscale war would destroy it.