For two days there was the usual news and analysis about President Obama’s summit meeting with Chinese President Xi Jinping. We are going to hear that China will bump the U.S. from first place among the great economies of the world, challenge us in Asia, and will be the next great global power.


Secretary of State John Kerry recently said that “the U.S.-China relationship is the most consequential in the world today and it will do much to determine the shape of the 21st century.” When a nation has 1.35 billion people it is going to get a fair amount of attention, but that does not mean the current predictions will come true. The reason? Those 1.35 billion people.


There is no denying that China’s rise to become the largest exporter over the past three decades has been impressive. It is expected to become the largest economy and militarily powerful as well, but Peter Zeihan is a geopolitical consultant and author of “The Accidental Superpower” (the U.S., not China) reminds us that the “China mythos is ingrained nowhere more deeply than in the American psyche—the same psyche that was recently convinced of the ‘obvious and inevitable’ rise of the Soviet Union and Japan.”


Both the former Soviet Union—now the Russian Federation—and Japan are in decline for a variety of reasons, but demography, the age of their population, plays a major role. When a nation’s population becomes top heavy with elderly people, but does not have an expanding younger generation, its economy begins to shrink for lack of a labor force.


The other factor that determines a nation’s success is its geography. Zeihan reminds us that “China is a land of failed empires and shattered hopes” and part of its problems stem from the fact that it is really three very distinct geographies in the north, the central region, and the south. They could be separate nations in themselves.


I have always thought that the supreme irony of China is that it adopted a capitalist economic system while remaining politically communist. Why? Because communism doesn’t work and the collapse of the former Soviet Union will be China’s fate as well.


As President Obama meets with President Jinping, both will be doing so with significant domestic problems. Obama’s include the midterm elections that returned power in the Senate, along with the House, to the Republican Party. It is widely interpreted as a massive rejection of the U.S. President, leaving him weakened in the eyes of the world.
As for President Jinping, Zeihan notes that “Even once a Chinese leader succeeds in rising to the top of his local heap—or even commanding the entirety of China—he then must begin the even longer and more painful slop of purging all those who have visions that clash with his own.” 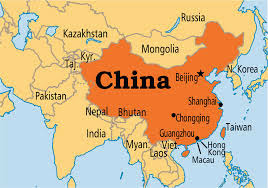 A look at the map and a thought about its huge population would make anyone think it was an economic colossus immune to problems, but the numbers tell another story. “The real surprise of China is that the north, central and south account for just half of China’s 1.35 billion people. North, center, and south are China’s lowland and coastal regions; the rest of the Chinese actually live in the interior.”


Its two major rivers, the Yangtze and the Yellow, though lengthy are only navigable for short stretches in terms of any ocean-going vessel. The result is that historically the Chinese have been “remarkably non-naval.”


As Zeihan describes it, “northern China is the stable-as-glass political core, central China (is) the nationally disinterested economic core, and southern China (is) the potentially secessionist territory and the interior being largely ignored—holds to the present day.”


“Even contemporary China’s political system reflects it: all of the critical military branches of government are headquartered in the north, the north and central regions trade off the premiership every decade in order to balance security and trade interests, while the south is not even represented on the Politburo.”


Compare that to the national unity of the United States whose economy not only serves all its population’s needs, but exports extensively to the world. As for that world, the U.S. is its financial center, the safest place in which to invest and safe-keep one’s funds. By contrast, China’s banking system is in under the control of its government and it limits what citizens can do with their savings. “Private savings are instead funneled to state goals.”


Since China’s goal is maximum possible employment its banks make “loans available for everything” and the “result is an ever-rising mountain of loans gone bad and ever less efficient firms, held together by nothing more than the system’s bottomless supply of cheap labor and cheap credit.” That’s a recipe for a financial disaster because “total financing (is) at around $5 trillion for an economy only worth about $8 trillion.”


And then there is demography. “China is aging far more quickly than it is getting rich.” Specifically, “simple aging has already reduced China’s pool of young, mobile workers by 40 million during the past decade. And because of the baby bust, that decline is about to accelerate greatly.”


As Zeihan points out, “The burden of having to financially support their elderly has a catastrophic impact on young workers’ professional and financial development, reducing educational opportunities, gutting consumption, and all but making savings impossible.”


Despite its efforts to intimidate its neighbor nations, China is at a military disadvantage to them. “They all have air forces and cruise missile assets that in many cases could destroy Chinese maritime assets that get too close.” In general, China’s behavior has created neighbors that are broadly hostile to it.


China is big, but its size and population are its biggest problem.