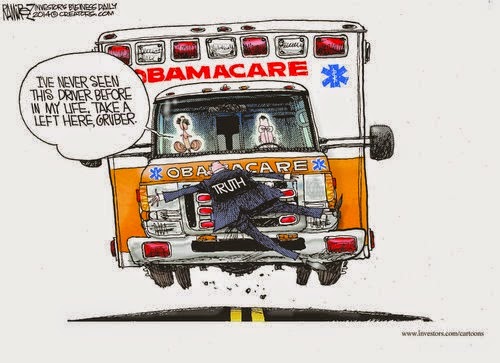 
“No.  I -- I did not.  Uhhh, I just heard about this... I -- I get well briefed before I come out here.  Uh, th-th-the fact that some advisor who never worked on our staff, uhh, expressed an opinion that, uhh, I completely disagree with wuh, uhh, in terms of the voters, is no reflection on the actual process that was run.” -- President Obama replying to a question about Jonathan Gruber at the conclusion of the G-20 Conference in Brisbane, Australia.


Will the last name of the MIT professor identified as the “architect of ObamaCare” become a verb some day? Will people say “I’ve been Gruber’d? or “The government is “Grubering again”?


After all, when he admitted that ObamaCare’s passage was achieved by deceiving the Congressional Budget Office and the entire American public, turning his name into a synonym for lying is not unthinkable. Adding insult to injury, he said the voters were “stupid.”


How stupid was it for the Democrat-controlled Congress to pass a two-thousand page piece of legislation that none of them had read? (No Republican in Congress voted for it.) ObamaCare took over one-sixth of the U.S. economy and did something that makes me wonder why we even have a Supreme Court. It required people to buy a product whether they wanted to or not. If they didn’t, they would be subject to a penalty.


One way of the other, the federal government was going to squeeze you. The Court did conclude early on that ObamaCare was a tax, but don’t expect the mainstream media to tell you about all the other taxes hidden within it.


What surprises me about the Gruber revelations—available on YouTube to any journalist who wanted to investigate, but none did—is that there appears to be so little public outrage. An arrogant MIT professor who received $400,000 from the government and made millions as a consultant to the states who needed to understand ObamaCare, calls voters stupid and the initial reaction of the mainstream media was to ignore the story. 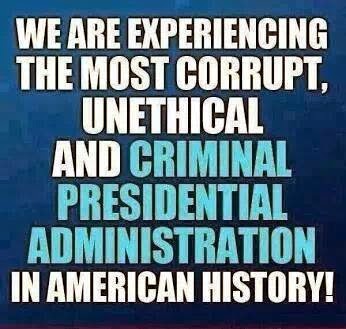 At the heart of the Gruber affair is the fact that Obama and his administration has been lying to the voters from the moment he began to campaign for the presidency. In virtually every respect, everything he has said for public consumption has been and is a lie.


In one scandal after another, Obama would have us believe he knew nothing about it. That is the response one might expect from a criminal rather than a President.


One has to ask why it would be difficult to repeal in full a piece of legislation that the President said would not cause Americans to lose their healthcare insurance if they preferred their current plan, that would not cause them to lose the care of a doctor they knew and trusted, and would save them money for premiums. The initial deception was to name the bill the Affordable Care Act.


Repeal would help ensure the solvency of Medicare and restore the private sector market for healthcare insurance.


This is a President who was elected twice, so maybe Prof. Gruber is right when he speaks of stupid voters.  Not all, of course, but more than voted for Obama’s two opponents. As this is written over 45% of those polled these days continue to express approval for Obama’s performance in office. How stupid is that?


What is so offensive about Gruber’s own revelations about the manner in which the bill was written and the lies that were told to get it passed is the incalculable misery it has caused millions of Americans.


It has caused the loss of jobs. It has forced others into part-time employment. It has caused companies to reconsider expanding to grow the economy. It has driven up the cost of healthcare insurance. It has impacted local hospitals and clinics to the point where some have closed their doors. It has caused many healthcare professionals to retire or cease practicing medicine.


A new study by the Legatum Institute in London ranked citizen’s perception of their personal freedom in a number of nations. Americans ranked way down the list at 21 out of 25, well below Canada, France, and Costa Rica to name just three. The study was based on a 2013 poll.


What is a stake here is (1) the absolute need for a trustworthy federal government and (2) the need to repeal a piece of legislation based entirely on lies. On a larger scale, the right to make your own decisions on matters not relevant to the governance of the nation should be regarded as sacred, it’s called liberty.


The Republican-controlled Congress and the Supreme Court are the two elements of our government that can and must provide a measure of protection against the deception that is practiced every day by President Obama and members of his administration. Let’s hope neither is "stupid" in the two years that remain.