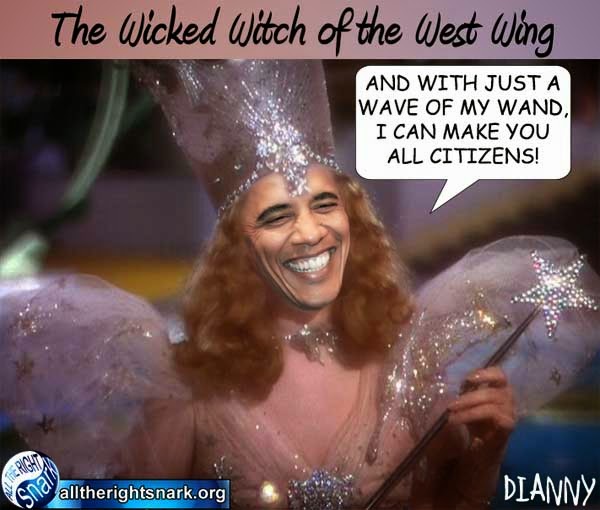 
The same mindset that could conspire to foist ObamaCare on Americans by deception is at work to do the same thing with an unconstitutional, unilateral announcement of amnesty for millions of illegal—oops, “undocumented”—aliens living in America.


What is amazing about this is that it was announced the day after the midterm election when Obama and the Democratic Party had suffered a huge rejection. I suppose when you believe, as Obama apparently does, that he is right when everyone else is telling him he’s wrong, moving ahead on amnesty now rather than waiting to work on legislation with the new Congress makes sense to him.


Only it does not make sense. Causing a constitutional crisis never makes sense.


At this point I think it is useless to try to get inside Obama’s mind regarding his actions. It’s like trying to understand the logic of a six-year-old. He does what he wants to do simply because he wants to do it. He ignores reality if it disagrees with his opinion about anything.
We all have two more years of this arrogance.


The voters have spoken and rather dramatically. As we get closer to Obama’s executive order it's good to see that Republican leaders are sounding more combative.


What exactly can or will the presumptive Senate Majority Leader, Mitch McConnell, do? What will John Boehner, House Majority Leader, do? They have, in fact, relatively few options. They dare not and do not want to shut down the government. They will not impeach Obama. They can, we’re told, defund aspects of an amnesty executive order. Ultimately, they are likely to fall back on a law suit against the White House based on the constitutional division of powers.


The midterrm elections showed us that the lies the Democrats told failed.


The effort to paint the Republican Party as obstructionists failed. The real obstructionist was and is Harry Reid who blocked more than three hundred bi-partisan and Republican pieces of House legislation from being debated or voted upon in the Senate. Neither he, nor any other Majority Leader should have that much power. The Senate needs its role for debate restored.


The claim that the Republican Party was waging “a war on women” or was racist was absurd.  The midterms saw any number of Republican women elected to office and African-American GOP candidates made history when they won. It’s no longer the Party of “old white men”, but a largely white component of all ages voted heavily in the midterms for those younger, diverse winners.


The Republican Party could not be in a stronger, better position than currently. Rarely mentioned is that what put them there is the Tea Party movement; a number of Congressional members elected by the movement are driving the response to Obama’s amnesty idiocy. 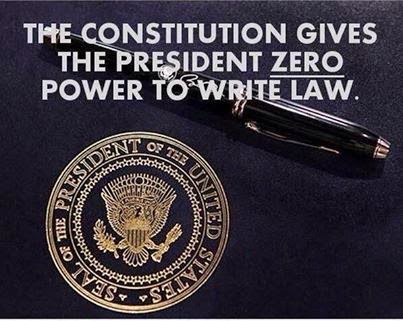 Six members, Sens. Ted Cruz (R-Texas), Mike Crapo (R-Idaho), Mike Lee (R-Utah), Pat Roberts (R-Kansas), Jeff Sessions (R-Alabama) and David Vitter (R-Louisiana) made it clear to Sen. Reid that “This will create a constitutional crisis that demands action by Congress to restore the separation of powers.”  The only thing Republican Senators are amenable to at this point is strengthening border security. They will not put forth any immigration legislation until after they take power in the Senate in January.


So, naturally, Obama wants them to do something now.


Only an idiot would say, as he did, that he “heard” what the voters said and then add he also heard what those “who did not vote” had to say. The only thing that matters in an election is who got elected and why. Hearing what voters who stayed home had to say is delusional.


Voters were so angered by the sheer incompetence of Obama and Sen. Harry Reid’s gridlock in Congress that they voted in a whole batch of new Senators and House members. Those they chose were predominantly conservative Republicans and that tells you a lot about the next two years until Obama is gone.


Obama has never liked Congress. He seems to resent having to share governing power with it. He about to launch an amnesty war as a way of acting out his resentment.


At this point, the Republicans in Congress know who they are dealing with and are in no mood for a compromise, nor expect one. Remember, though, it is the Republicans who are the grownups and what we are likely to see in the months ahead will be a number of reform measures and amnesty will be among them. Obama will be blocked on any number of other efforts that will harm the nation and the world.


After we celebrate New Year’s day the 2016 presidential campaigns will begin in earnest. The first straw vote in Ames, Iowa will take place in nine months!


There is no lamer duck than the President. Whenever he speaks these days all you can hear is quack, quack, quack.