Israel Will Defend Itself 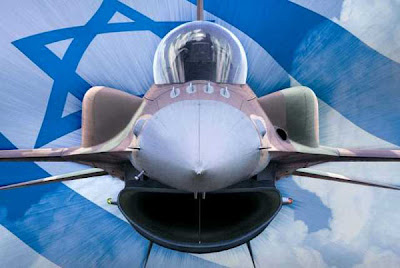 
Minister: We'll Hit Them Till They Say 'Enough'


Min. Moshe Yaalon says "We will put an end to this. We will not maintain restraint."


Minister Yaalon said Sunday that Israel does not intend to maintain restraint in the face of the intense rocket attacks from Gaza. "If the terror organizations do not cease their fire we will be prepared to toughen our response as much as necessary, until they say 'enough!'," he said.


"There is a complicated war here and in the end we will finish it," he said. "This is not a one-off move. But we will put an end to it. We do not intend to maintain restraint because the situation is unbearable for us."


"We will bring quiet to the south even if it takes some time," he said. "Hamas's leadership will not get off scot free and as far as we are concerned, the most extreme options are possible."


Channel 2's political reporter quoted unnamed senior sources in Jerusalem Sunday who said that a ground operation like Cast Lead is not possible because Israel "does not have legitimacy" to act against Gaza as long as relatively few Israelis are killed and wounded by the terrorists. He added that Mohammed Morsi's election in Egypt and Barack Obama's re-election in the U.S. also make the situation more difficult for Israel.
The above is the latest news out of Israel as of Sunday and it describes Israel’s situation as a civil war in Syria rages on its border, and there was an exchange of fire in the area of the Golan Heights, a military acquisition of a long ago war. Syria threatens the stability of the region to include Turkey, Jordan, and Lebanon.
It is noteworthy that Min. Yaalon identified the reelection of President Obama as a further complication of their military decisions, not the least of which is to attack Iran’s nuclear facilities.
It seems clear even at this point that Obama is seeking accommodation with Iran despite the fact that it has technically been at war with the United States since 1979. Israel knows that if Iran reaches a point where it can weaponize its missiles with nuclear warheads, they will be attacked.
Moreover, the recent general elections tilted Congress a bit farther from the support that Israel has received in the past as new Senators and Representatives are identified as being in the far Left element of the Democratic Party.
Israel has been under attack since it declared its sovereignty in 1948. It has fought several wars initiated by its “neighbors” and done well in all of them, but the longest war has been one of terror declared by Yassir Arafat when he established the Palestinian Liberation Organization which, like all Arab groups, split into two factions, the most antagonistic of which is Hamas, a surrogate of the Iranians, that has been rocketing Israel from Gaza after Israel withdrew, ceding it to the Palestinians.
The change of government in Egypt only adds to Israel’s problems as attacks have been coming from the Sinai.
None of this bodes well for Israel and conflict is inevitable. The only thing Arabs respect is strength and the willingness to use it.
Unless there are secret U.S. negotiations and plans for the coming attack by Israel, they are likely to face an unprecedented situation in which they cannot count on U.S. support. Despite his promises Obama cannot be counted upon to assist the Israelis and his antipathy toward Israel is well known. Ironically, it is the Saudis who might provide support because they, the leader of the Sunni faction of Islam, fear Iran as much or more.
All this suggests that a cornered Iran, already suffering from sanctions, may strike out, not just at the Israelis, but at the U.S. as well. That may sound like an act of madness, but we are not dealing with rational leadership in Iran.
In the mid-20th century, the world found itself in a similar situation as despots in Europe and Japan initiated World War Two. With the exception of the attack on Pearl Harbor in 1941 and the Twin Towers and Pentagon attack in 2001, the U.S. has not been subject to a foreign attack of a significant size. That could change if war breaks out in the Middle East and spreads from there.
America just paid tribute to the veterans of WWII, Korea, the Vietnam Wars, and those in Iraq and Afghanistan. The "greatest" generation is now either passing from the scene. Others are part of later generations that fought to protect our security and national interests.

An entire new generation or two of Americans must rely on a shrinking U.S. military and, if the sequestration cuts kick in, we will have a smaller Army, Navy, Air Force, Marines and Coast Guard. Secretary of Defense, Leon Panetta, has called it a potential catastrophe.
The U.S. now has the most inept and timid administration of the modern era. The unfolding story of the Benghazi attack is proof of that and proof, too, that it is prepared and willing to lie to Americans about the facts of the attack; a disgraceful failure to defend our Libyan ambassador and his staff despite earlier attacks on the British and Red Cross in Libya, both of whom withdrew from the battle zone.
As it is often said, elections have consequences.
© Alan Caruba, 2012
Posted by Alan Caruba at 1:41 PM

I honestly don't know how Israel maintains its composure... They need to go all *6 Days War* on these cretins and be done with it...

I agree. Received an email from Israeli saying Gaza has been shelling southern Israel--140 rockets--and that the leadership is so wedding to the Oslo Accords it is not responding. They either bomb and inflict some hurt or the rockets will just keep coming.