Are We All Metaphorically Jewish? 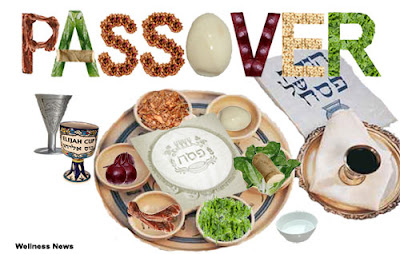 America is rightly called a Christian nation. The new Pope Francis represents 1.2 billion Catholics worldwide. There are 1.5 billion Muslims. There are more than 959 million Hindus and more than 467.5 million Buddhists. The world’s Jews, however, are a scant 14 million or so. The two main locales of their population are Israel and the United States with about six million each.

So why does it feel like I live in a society and a world where the imprint of Judaism is so large?

One obvious reason is that Israel looms large in coverage by the U.S. news media for a multitude of reasons that include the large evangelical Christian support for Israel, the presumed attachment American Jews have for it (some do, some do not), and because it is regularly threatened by its neighbors in the region. While President Obama was there, the Iranian Supreme Leader was threatening to destroy Haifa and Tel Aviv. There were rockets from Gaza.

On Monday evening Jews around the world will begin the celebration of “pasach” which is also known as Passover. The Jewish lunar calendar dates this year as 5,773. In general terms, Judaism is about 3,800 years old, dating back to Abraham. Rabbinic Judaism which arose after the destruction of the temples in Jerusalem and subsequent exiles is about 2,000 years old. The influence of Judaism, however, began when Moses went up Mount Sinai and came back with the Ten Commandments. For Western civilization, they have been enduring moral guidelines ever since.

I doubt that most Americans and others are aware of the enormous imprint on civilization, religion, science, physics, medicine, technology, the arts, and virtually all other aspects of our lives that has been made by Jews. Christianity, of course, has its roots in Judaism and even Islam borrowed some of its precepts from it.

In the West we live in a metaphorical Jewish world.

Passover is a good time to contemplate such things. We know, for example, that Albert Einstein developed the Theory of Relativity, an enormous contribution to physics and our understanding of the universe.  Or that Jonas Salk developed the first polio vaccine for polio and that Albert Sabin developed the oral vaccine for polio. Two generations ago it was a dreaded disease. Selman Waksman discovered Streptomycin and every time you say “antibiotic”, you are using a word he coined. I won’t list all the names of Jews who advanced medicine because it is long. The same holds true for various Nobel Prize categories.

Do you like those sexy or just plain denim jeans you wear? Levi Strauss, a Jew. They were sewed on a machine invented by Isaac Singer, a Jew.

For Americans, the impact, influence and participation in our popular culture is so hugely Jewish that whole books could be written about it. George Gershwin composed the Rhapsody in Blue, starting it with a clarinet solo that is straight out of the Klezmer tradition of Yiddish music.
The American theatre has been peopled with Jews from playwright Arthur Miller to the team of Rogers and Hammerstein that created iconic musicals. Movies were transformed by Jewish directors such as Cecil B. DeMille, Billy Wyler, and Woody Allen. It’s a long list.

As for actors and actresses, it’s also a very long list. Born in the 1920s, there’s Mel Brooks and Lauren Bacall, Jerry Lewis and Carl Reiner. Move ahead to the 1930s and we have Dustin Hoffman, Alan Arkin, and, for Star Trek fans, there’s William Shatner and Leonard Nimoy. The decade of the 1950s gave us comedien Jerry Seinfeld, actor Richard Dreyfuss, singer Bette Midler and music legend, Bob Dylan, born Robert Allen Zimmerman. From the 70s generation, younger fans will recognize Sarah Michelle Geller of “Buffy” fame, Gwyneth Paltrow, Joaquin Phoenix, and Maya Rudolph from Saturday Night Live. Born in the 80s, there’s Natalie Portman, Scarlett Johansson, and a bevy of talent on the big and small screens.

In my lifetime, six million Jews from throughout Europe were murdered during the Holocaust and one must wonder at the loss of physicists, physicians, chemists, artists and others who might have contributed to our lives. The Iranian threat of a nuclear weapon to be used against Israel is described as” existential”, but it is so real that it must never be allowed to occur. No nation or group of nations can “contain” a nation determined to kill millions and dominate, not just the Middle East and Africa, but the entire world.

A recent Wall Street Journal commentary, “Israel’s High-Tech Pipeline to the U.S.” by Michael Eisenstadt and David Pollack examined the extraordinary role in high tech played by Israel where its computer and communications geniuses have already developed much of the technology we take for granted; “applications such as instant messaging, Internet telephony, and data-mining.” The authors note that Israelis “have helped the U.S. preserve its military edge.” Microsoft’s Bill Gates says “innovation going on in Israel is critical to the future of the technology business.”

And now you understand better, after enduring four years of Arab intransigence, turmoil, and the threat of jihad—holy war—why President Obama began his second term with a visit to Israel. It was a global platform to warn Iran against going ahead with its nuclear ambitions and threats. No nation in the Middle East wants that to happen, but especially Israel.

On Passover 2013, Jews as they have for centuries will gather at the Seder table and repeat the story of having once been slaves in Egypt and of how, with the help of God, they escaped to the promised land. “They tried to kill us, they failed, let’s eat” is the joke they tell, but the story of the Jews over the centuries is perhaps better reflected by what a founder and Israel’s first Prime Minister, David Ben-Gurion, once said, “To be a realist in Israel, you have to believe in miracles.”

On Passover, you too might want to bow your head and say a prayer for Christians throughout the Middle East and parts of Africa who are being killed or driven from their homes, just as Jews have experienced from the days of ancient Egypt.
(c) Alan Caruba

What, no Gyllenhaals (Jake and Maggie)?

It's not because they're Swedish too, is it? ;)

@Bmeph. No, it was strictly because there are so many talented actors I could not include everyone.

The Jewish people have drawn more criticism than any other people on earth...

Muslims hate the Jews, the Klan hates the Jews, God only knows who else hates the Jewish people, but I have always heard; you draw the most flak when you're directly over the target...

The Jewish people must be doing something right, they sure as hell draw a lot of flak!

Have a blessed Passover Alan!

This is valuable background which helps to explain why there are so many Jews on the Forbes 400, far beyond normal statistical prediction would expect. We Americans have a lot to thank our Jewish leaders. I'm a Catholic with a Rabbi helping me to navigate today's many worries.

@Travis. A Catholic with his own rabbi? Sounds like the best of all worlds to me!

A sucker for details myself, I know you won't mind me getting it right. It's Billy Wilder and William Wyler. Both were good, if on ever-so-slightly different trips. Both were Jews. Both got out while the going was good.