I rarely re-post a commentary, but this one is relevant to what is occurring in Cyprus and what may lay ahead for the European Union and the Euro.

Reuters – (3/24/13) Cypriot President Nicos Anastasiades held last-minute talks with international lenders on Sunday in an attempt to save the Mediterranean island from financial meltdown and possibly becoming the first country to leave the euro zone. 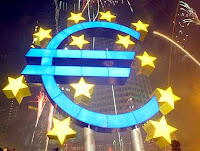 In Paris on October 15th, a group of finance ministers and central bankers known as the G20, representing major nations, gave the European Union until October 23red to find an answer to the financial crisises that are tearing apart the EU and its monetary structure.

Don’t hold your breath. If not now, at least in the foreseeable future, the EU will collapse for the oldest reason, national sovereignty and national self-interest.

If you visit Wikipedia and enter “European Wars”, it will kick out a list that’s several pages long in small print starting with the Trojan Wars, 1193-1184 BC. The Romans conquered everyone for a while. The Spanish tried to invade England. For a while Napoleon was invading everyone. There were the hundred year wars, thirty year wars, and wars for the hell of it. Suffice to say the Europeans have a long record of going to war with one another.

World War One impoverished its participants and led to World War Two. After the devastation of World War Two and with the threat of the Soviet Union to the East, European leaders concluded that the only option to avoid future wars or being overrun by the Russian bear was to form a kind of United States of Europe.

In a newly published book, “The End of the Euro”, subtitled “The uneasy future of the European Union”, Dr. Johan Van Overtveldt, the editor-in-chief of Trends, Belgium’s leading weekly on business and economics, takes us through the history of the European Union and the creation of a common currency, the euro.

For people like me who thank a merciful God that Internet banking makes it possible to actually know my checking account balance, Overtveldt’s book is both a blessing and a challenge because it deals with some very complex issues of finance. He also provides some very useful history with which to understand the past and predict the future.

My knowledge of history was sufficient to have huge doubts about the formation of the European Union and it looks like I am about to be borne out in my pessimism. “While efforts at European integration have without question contributed to peace on the continent,” Overtveldt points out, “at least three other factors are also at play.”

“First, broader international cooperation and consultation” have been the order of the day since the end of World War Two. “Second, the presence of American troops throughout Europe, and certainly in Germany, helped maintain the military status quo. Third, the sense during the Cold War of “a common, non-democratic enemy increased cooperation and cohesion among Western European nations.”

Then Overtveldt identifies the central weakness of the European Union. “History teaches us that, in particular, the lack of real political union is a major barrier to the durability of a monetary union and its single currency.”

The problem of the EU and the euro “is the loss of an independent monetary policy” because what works for Germany does not necessarily work for France, Spain, Italy, and the other EU members.

This has become abundantly evident as Greece totters on default of its debts and the contagion of a sovereign debt crisis threatens to spread. Simply said, the Germans are not inclined to want to “bail out” the Greeks because the Germans have a wide conservative streak when it comes to the conduct of their financial affairs while the Greeks were inclined to fudge the books and run up a huge debt.

In addition to Greece, Portugal and Ireland are likely to find that they have no choice except to leave the EU and Spain, Italy, and Belgium have their problems, too. For that matter, add France to the list.

The U.S. financial crisis no doubt sped up the process, but our government bailed out the banks for the simple reason there never was a choice not to. One or two big investment banks were allowed to fail, others were forcibly merged, but a nation without a functioning banking system is nothing but lines on a map.

In a recent column by Patrick J. Buchanan, titled “Is the New World Order unraveling?” he notes the rise of “economic nationalism” in Europe as well as warning against the foolish American trend of signing away our sovereign rights by joining globalist organizations from the United Nations to the World Trade Organization, along with a slew of treaties and agreements.

The export of whole U.S. industries has been one result “while emerging powers like China, India, and Brazil are demanding to be exempt from restrictions developed countries seek to impose.” The world is a nasty place in which to live. The Moon and other planets, however, are less habitable and do not have cable TV.

As Americans vainly look to their Congress to redress its own authorization of the spending excesses of present and past administrations, the rest of the world, protected by our military strength and moral values, has decided it no longer has to pay us the attention it did in former times.

So we shall surely witness the end of the euro and the European Union as that continent returns to its normal levels of national self-interest that one might argue are not a bad thing in a competitive world. So long, of course, as those nations do not decide to declare war on one another.

...and kiss the USA economy goodbye when the European Union and its economy goes belly up, because when one House of Cards goes down it pushes over the next one, which happens to be the USA.

Next: The Chinese cards.

Then: The Russian cards.

You get the picture.

Can you say, "Global Great Depression II" that will start with a 90% drop in stock prices and 50% unemployment in the USA?

...The upside is that it will the end of AMSOC - American socialism and the Welfare State.

...The downside is that We The People are going to get very hungry and cold in the coming decade after the "Great Correction" returns the world to sanity.

Milton Friedman said the EU would not survive its first crisis, and I think history will prove him right.
Damon Koch
http://smallcraftadvisorychronicles.blogspot.com/