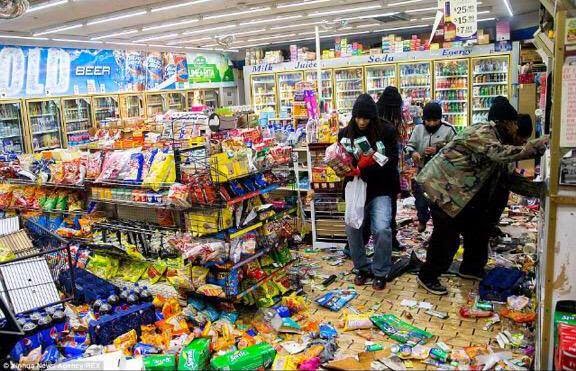 
The latest is Baltimore and the theme for this one is police violence against an unarmed black youth. This was the theme of the Ferguson, Missouri riots last year and has been a fairly common theme since the arrival of the new century fifteen years ago. Such events included riots in Cincinnati in 2001, the Oakland riots in 2009, and the two most recent.


A December 2014 article in Real Clear Politics by Jack Kelly put the statistics in perspective. “Young black males are 21 times more likely to be shot dead by police than are young white males, Pro Publica said. But because more than two-thirds of police officers are white and blacks commit about half of violent crimes, it stands to reason most police shootings would involve a white cop and a black suspect.”


For those of us outside of the black community and living in safe suburban zones surrounding our cities, the riots might as well be taking place on Mars. Why anyone would, as is often the case, destroy their own neighborhood, loot and burn down businesses (often black-owned) defies an answer. 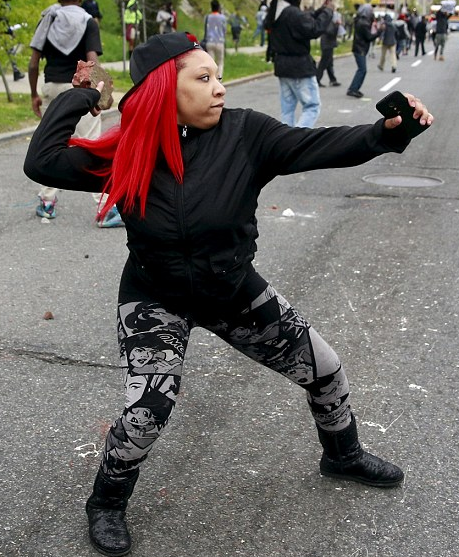 Because riots offer television news dramatic images of violence and destruction, one can depend on coverage for a long as it lasts. Being photographed looting or engaging in violence against police and others seems to be one of the “perks” of rioting. Baltimore’s riot dominated the news on every channel Monday evening to the point one might conclude that nothing else of any importance was occurring anywhere in the world. The earthquake devastation in Nepal had to fight for the very few minutes of coverage it received.


It is astonishing to recall that Dr. Martin Luther King, Jr. was able to lead many civil rights marches with so little violence, but it was the years concurrent with and following the passage of the Civil Rights and Voting Rights Acts in 1964 and 1965 that saw large riots such as several in 1964 in Philadelphia, Chicago, and New York. There were three just in New Jersey that year.


Having achieved the goals of the civil rights movement, historic federal laws, one might have concluded that rioting was no longer needed to call attention to the ills of the post-civil rights era.


Just add Baltimore’s Freddie Gray’s name to the list of those who died either during an arrest or in police custody, sparking a riot. In the past the public generally backed the police, but now they are being depicted as undisciplined killers. The reality is that the police are the thin line of defense between us and the criminals whose job is theirs to arrest and detain. That occurs all the time. Police have more reasons to act in their own defense in a week than most of us will have in a lifetime.


As we learned from Ferguson, the original allegations against the police officer were totally false. Let it also be said that is not the only reason riots have occurred. A lot of them just seem to reflect feelings of alienation, anger, and dissatisfaction that bubble below the surface in black urban enclaves. Nothing is likely to change that.


So, as Baltimore cleans up the mess left behind by the latest riot, be assured that another is right around the corner somewhere. There is a core of law-breakers and angry blacks for whom virtually anything is excuse enough for a riot.


We had to pass through a Civil War to resolve the race-based ills of that era. Americans elected the first black American as President in 2008, but his race has not reduced riots during his time in office.


The lesson that we can draw from this is that, if you put enough people together in close proximity in a city where there is both wealth and poverty, where there are economic disparities between whites and blacks, you need only wait a while for the next riot.

Alan, at the risk of being called racist, I offer the following comments:
1. We have black leaders all over the country but the problem persists. Perhaps it's time to stop the means by which all these rioters subsist (aka welfare) and make them earn a living like the rest of have had to do all our lives?
2. With the advanced technology we have these days, wouldn't it be possible to identify each and every rioter, arrest them and incarcerate them for a long time? And I don't mean a 'school' jail, I mean hard time, like working on a chain gang!
3. We've coddled these one parent children for too long, it's time to take back the country! Quit rewarding bad behavior!

Alan, did you notice? So many of the pictures that came from this riot were of people carrying rolls of toilet paper...

I ask this one question because quite frankly, the rioters can all burn in their hatred together, BUT... Is toilet paper a really valuable commodity in Baltimore?/