What Today's American Politics Tells Us 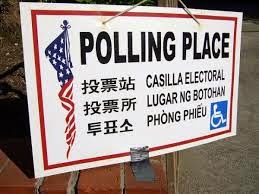 
There is something very disquieting occurring in American politics today. Most dramatically, the Democratic Party is offering a candidate who is a moral cesspool filled with lies and a history of behavior that would render anyone unthinkable for the highest office in the land. Something is very wrong when Hillary Clinton is, at this point, the only candidate for President the Democrats will be able to vote for and, worse, an estimated 47% of them will vote for her.


What we are witnessing is a Democratic Party that has been debauched by decades of socialism, an economic and political system that has failed everywhere it was implemented. 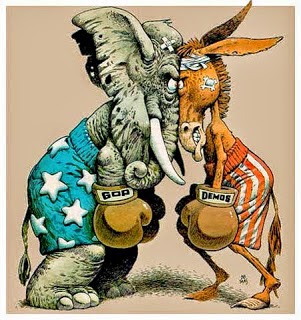 By contrast, what is being largely overlooked is the wealth of political talent—Rubio, Walker, Paul, et al---that the Republican Party has to offer as an alternative. Instead of obsessing over the different aspects of its candidates, we should be celebrating the fact that voters will be able to choose someone of real merit for whom to vote.


While the brain-dead media talks about the Republican candidates, seizing on every small element of the policies they are individually offering for consideration, the contrast with Hillary Clinton widens into a gap as large as the Grand Canyon. Her campaign thus far has been an exhibition of media manipulation. She talks of “income inequality” as if it has not existed from the dawn of time and is based on the socialist utopia of everyone being equally poverty-stricken. Who wants to live in a nation where you cannot become wealthy if you’re willing to take the risks and work hard to achieve it?


It is this gap between those concerned with the very real threats to our nation’s security and welfare that lies at the heart of the months ahead in the long political campaigns. We can, at the very least, give thanks that President Obama cannot run again. We must, however anticipate that he will do everything in his power to initiate or expand policies that do not bode well for the nation.


Why anyone would vote for a party that foisted ObamaCare on us, driving up the costs of healthcare though numerous taxes and impacting the healthcare industry in ways that have already caused many physicians to seek retirement or be forced to process their patients as rapidly as possible to pay their bills? The fact that the Republican candidate Sen. Ted Cruz is calling for the repeal of ObamaCare is reason enough to give him serious consideration. 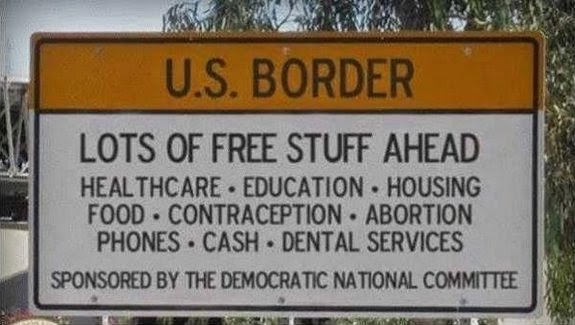 Similarly, conservatives resist amnesty programs that would load the voting rolls with those who entered illegally and now, because they’ve been here for several years, we are supposed to consider them comparable to those who did so legally. Republican candidates who resist this understand that a nation with no real citizenship standards and borders that do not close off easy access rapidly ceases to be a nation. At the same time, these illegals are competing for jobs with those who are legal by birth and naturalization.


It’s a wonder to me that this nation is $18 trillion in debt, has over ninety million unemployed, and the nation continues to “redistribute” money from those who are working to those who are not. These programs are a huge magnet for the illegals, but it is the states that must struggle to fund their educational systems and Medicaid. Meanwhile our infrastructure goes old and in need of repair.


Beyond our shores, thanks to the foreign policies of the President, the United States is no longer the leader of the free world. As the Middle East slips into anarchy Obama wants nothing more than to give Iran the right to have its own nuclear weapons with which to pursue its hegemony of the region. Lift sanctions? Why would we want Iran to have more money to fund the terrorism that it uses to expand its influence? Closer to home, White House efforts to accept Cuba ignores its dictatorship, its record of providing weapons to our enemies, and years of hostility.


This represents a deliberate effort to undermine and weaken the moral principles on which our nation has been founded and risen to leadership in the past. Who is more widely criticized in our society than the evangelicals who have high moral standards and the Tea Party movement that is seeking to slow the obscene growth of the federal government?


We need to worry about a nation where marijuana is legalized and thus able to affects the mental capabilities of those who have used it since its heyday in the 1960s? Where is the need to reexamine the moral issues involved in the murder of babies in the womb? From 1973 through 2011, there were nearly 53 million legal abortions nationwide. In 2011, approximately 1.06 million abortions took place.


In March I noted that “More than a quarter of births to women of childbearing age—defined here as 15 to 44 years old—in the past five years were cohabiting couples, the highest on record and nearly double the rate from a decade earlier, according to new data from the Centers for Disease Control and Prevention for 2011 to 2013.”


“And here’s a statistic that really caught my attention: “Cohabiting parents now account for a clear majority—59%--of all births outside marriage, according to estimates by Sally Curtin, a CDC demographer. In all, 40% of the 3.93 million births in 2013 were to unmarried women.” Moreover, “It is mostly white and Hispanic couples who are driving the trend, not black couples, experts say.”


This speaks to the breakdown of the institution that is most essential for a healthy, successful society, the dissolution or downgrading of marriage and the births that occur outside of it.


American politics—always a national debate on where we are and where we’re going, is critical to the future. Right now America is at risk of becoming a place where our founding morals, values, and traditions are being cast aside.


Your vote was never more important.