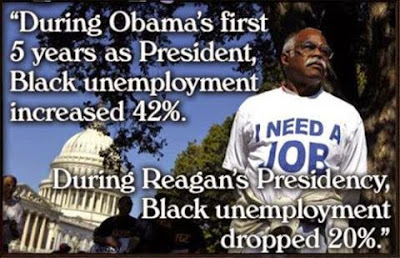 
When I look back at the Civil Rights movement of the 1950s and 60s, I marvel at how naïve I was that the passage of major legislation was going to “solve” the problem of discord between the white and black race.


On May 3, the Wall Street Journal reported on a survey regarding racial disturbances around the nation such as those that wracked Baltimore. “A resounding 96% of adults surveyed said it was likely there would be additional racial disturbances this summer…” To nobody’s surprise, blacks and whites “viewed the situation differently.”


“Asked to choose between two possible explanations for recent events, 60% of blacks said they reflected ‘long-standing frustrations about police mistreatment of African-Americans.’” Some 27% of black respondents said they thought the disturbances were caused by people as an excuse “to engage in looting and violence.” I favor the latter explanation because I doubt that our nation’s police forces engage in deliberate harassment and mistreatment of blacks.


Indeed, Baltimore has a back Mayor, Stephanie Rawlings-Blake, a black police chief, and many blacks among his force. If the issue was the police, then no city in America is safe and that is just not so. Unfortunately, the foolishness of Baltimore’s Mayor, who told the force to stand down and let the rioters have their way, was then demonstrated by her request that the Department of Justice (DOJ) launch an investigation of the city’s police force.


The problem with that is that the DOJ’s Civil Rights Division has only fifty employees responsible for handling labor-intensive ‘pattern or practice’ investigations among the nation’s 18,000 state and local forces.  There is no way the Baltimore investigation will produce anything of useful information. It is far more likely that the outcome will be more political than demonstrative of trends.


What is generally not being noticed is that the Obama administration, as reported in Politico.com on May 8, “has opened more than twenty such investigations into local law enforcement agencies “most of which result in either a settlement agreement with local officials or a lawsuit that pushes legally binding reform.”

I have come to the view that the most racially divisive leader in America is our first African-American President. Why else has Rev. Al Sharpton become his most widely recognized “adviser” and why are administration figures are less likely to be found honoring fallen police officers than the alleged black victims? Three were sent to Freddie Gray’s funeral and none to the funeral of the slain police officers. The First Lady, too, has been stirring up racial discord.


Referring to the Baltimore riot, he said that “we as a nation have to do some soul-searching” when as William McGurn of The Wall Street Journal noted the trillions spent on liberal programs, personified by LBJ’s “War on Poverty”, have not succeeded in reducing poverty and have contributed to creating whole populations that live off of government handouts of one sort or another.


“While the Great Society’s billions were creating a culture of dependency,” said McGurn, “South Korea—with its emphasis on trade and global competition—rose from the ashes of a terrible war to become the world’s 12th largest economy.” This occurred over the same time period the liberal dependency programs and liberal governance of many U.S. cities created the problem we are addressing and discussing today.


Nor is the answer for the federal government to take over the management of the nation’s police forces. We have already seen how it has ruined the educational system and is now doing the same to our health system.


Are their differences between whites and blacks? Yes, but they are economic. Middle and upper class blacks share the outlook of their white counterparts. They look at the inner cities and they understand that decades of liberal governance has driven out businesses large and small, along with anyone who could afford to leave. Yes, there was “white flight”, but they were joined by blacks who saw there was no future to be had there for their children. The rest are trapped.


So, will there be more riots and disturbances in our cities this summer? Yes, that would appear to be the case. So long as police are not allowed to take action against the instigators and perpetrators, that is a given.


Not until this nation returns to the high levels of respect for the men and women who put their lives on the line every day will we see a cessation of such events. My experience and the nation’s over the past six decades is an indication that some pundit will be holding forth on this topic six decades from now…only it will be worse.

Very well put and sad Alan, I admire someone who says what he thinks and allows anyone with opossing views to rebut . But with you there's nothing to rebut,
Great job, thanks.

I thought things might change when Obama was elected. He had his chance and blew it.
Instead of telling his people to get off their lazy asses and get to work and stop blaming white folks, he plays the race card.
I go to the supermarket and see the black folks happy as clams, high fiving their overweight brothers, dressed in their finery, paying with food stamps. Hop in their new car and drive home to their shacks in the inner city to watch an afternoon of Oprah Winfrey and Al Sharpton. Sundays at church to hear the Lord will provide and if he doesn’t, blame it on whitey.
I guess I’m supposed to feel guilty for their situation but I don’t. I was brought up knowing I had to work for everything I have.

Yes, Ron. Obama has been the biggest disappointment to the white voters who put him in office.

A "practically perfect" post, as Rambo noted. Thank you, Alan.

It has been MY observation that since the 1960's opportunities for Black individuals in educational gains and business participation has exploded in a POSITIVE way...

It is truly a shame that *some* in the Black community are either too lazy or too stupid to grab the brass ring, it has come by for them many times...

Irony and hypocrisy -- People who characterize white people who voted against BHO because of his perceived race as racists, reject the same sobriquet applied by those who voted for him based on the same standard.
I smell a rat, in fact a pack of rats. Some might call them race hustlers profiting by perpetuating discord and baseless enmity.

This Texas Fread guy is a real race baiting trouble maker.
He don't belong with the fine bunch of commenters that you have here..

Rambo, Texas Fred is a longtime friend and a blogger. His views on race are strong, but not such that I would censor him.

The Truth Will Set Us Free! said...

I am 56 years old, and live in NJ, and I have to say that never in my entire life have I ever experienced so much racism since 2008....the year Obama became our first and perhaps only black president. Now don't get me wrong, I've come across a lot of racial profiling in stores, and I’ve also seen a lot of white trash at work, and I’ve witnessed the the typical racism we have to go through in life.....but damn, since Obama got in office, these closet racist are coming out of the woodwork lately. Yes, there's a lot of very uncool and unvarnished racism around. The remarks made by the “Texan” here on this very blog and after reading his own blog, I can say that it is horrible!
Oh yeah, I’ve heard it said that most Texans are red necks or hillbillies maybe that explains why they are in that camp, but what the heck man, lets be Americans. Not only are Texans racist and uncivilized, they are also uncompassionate towards other people.
I don't have issues with people hating on Obama, but damit, we have more than enough real meat on Obama, we don’t have to stoop that low.Not this bs we keep whining over. I don't mind cops taking down bad guys, but com'on, give me a damn black guy, yeilding a gun, just raped a senior and cut off the head of some kid, not some child support shit and I don't mind white people getting mad as hell about it. America is fragmented by race and ethnic backgrounds and so much fragmented, at times I wonder how can America stand strong, while people are divided and hate each other enough because of Republican and Democrat/Liberal party affiliations, without throwing race into the mix.
I find people in Texas are the most racist people that I have come across in my entire existence in the country when it comes to civil rights and race issues. It's actually the older people from Texas who are still mentally back in the 1930's - 1940's and have their heads screwed on backwards. .

Okay, even my Texas friend will tell you he's a racist. At least he is not a hypocrite about it. He likes African-Americans, has them as his neighbors, and speaks well of them, but...he does not like those called Nig***s. Those are the lowlifes who are equally deplored by African-Americans.

In MY Opinion said...

I refuse to tolerate asinine insults, be them Racial, or Anti-Semitic sentiments from any posters at any blog,

Even if my passionate is devotion to unlimited Freedom of Expression –– in public venues –– That being said, I support Pamela Geller's right’s and her efforts, it makes no difference if I agree with the subject or not. . However, after watching her video I stated to appreciate the warmth and courage in her. And I do applaud her.

At the same time I ALSO support ACCOSTING, ARRESTING and CARTING OFF to JAIL disgustingly rude elements like Medea Benjamin and that CODE STINK she heads, just as I would support immediate suppression and severe reprisals against fools and self-styled "activists" who stand up to heckle speakers in a public forum or try to interrupt plays, operas, piano and chamber music recitals with shouts and curses, etc.