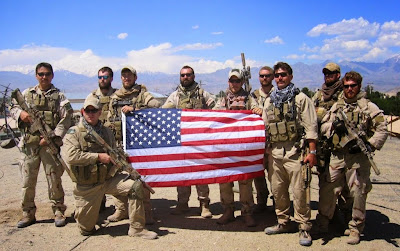 
We need to remind ourselves that Memorial Day is not just another three-day weekend or a day when all manner of sales are offered to those who want to go shopping. It is a day set aside to honor the ultimate sacrifice of those who have fought to defend our nation and take military action in foreign nations. We honor, too, those who suffered wounds and returned home.


We like to think of America as a nation that has gone to war only when we had to, but a new book, “America Invades: How We’ve Invaded or Been Invaded with Almost Every Country on Earth” tells a different story based on history.


As documented by its authors, Christopher Kelly and Stuart Laycock, America, “has invaded or fought in eighty-four out of 194 countries (countries recognized by the United Nations and excluding the United States) in the world. That’s 43 percent of the total. And it hasn’t been militarily involved with just ninety or a hundred countries. It has had some form of military involvement with a spectacular 191 out of 194. That’s more than 98 percent.”


“Most people,” the authors note “would probably agree that much of what America has done around the world has clearly been wise and noble (as in helping liberate Europe from Nazi tyranny.) Some, however, have been wrong and/or unwise. And some of what America has done has been in-between. In some sense, it’s like looking at the history of one’s own family. And, indeed, all of it—the liberations, the fiascos, and follies—is, in some sense, part of the history of every American citizen.” 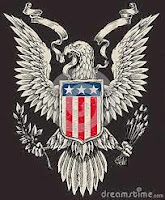 That’s why it is a good idea to pause on Memorial Day because as an American it is part of your history. “Americans are always hoping for peace but usually preparing for war” says the authors who remind us that “the American eagle is an ambivalent bird holding arrows in the talons of one foot and an olive branch in the other.”


Our natural instinct is for peace. Only aggressive nations, usually led by despots, want war. That is not a description of America. We have not, however, shied from war when the enemy was a well-defined aggressor.


“In the twenty-first century, the United States, though challenged by Russia and China, is the sole remaining superpower. The global responsibilities that we began to shoulder in the twentieth century seem today more burdensome than ever. The cost of being the world’s policeman seems exorbitant in terms of both lives and treasure.”


That’s why we need to remind ourselves that, as a former Secretary of Defense, Robert Gates, has said of America, “We are the indispensable nation.”


We have learned what happens when our President has retreated from the responsibility to deter war. Since leaving Iraq with no U.S. military ground support that nation which was stable at the end of our war there has come under attack by the Islamic State. The President’s efforts to reach a deal with Iran that would allow them to become a nuclear power is causing Arab states to regard the U.S. as abandoning them and could lead to a nuclear arms race in a part of the world that is far from stable.


The U.S. in the wake of World War Two has a vast network of bases and alliances that span the world. Many of those bases were created at the invitation of the host nation. The result, as the authors note is that “The U.S. military, but virtue of its global reach, is almost invariably the first to respond to natural disasters as they occur around the world. If not us, then who will?”


On Memorial Day we honor our sons and daughters who gave their lives when their nation called on them.


“Today the sacrifice of over 218,000 American servicemen and servicewomen is memorialized in military cemeteries in twenty-four different overseas cemeteries in eleven different countries. The boundaries of Jefferson’s Empire of Liberty, therefore, stretch around the world.”


We worry about the emergence of other world powers, but I doubt that Russia which lost 127 million of its people in World War Two or China which is focused on building an economy based heavily on world trade are serious wartime threats.


That does not, however, exclude the likelihood that events may cause the next President to conclude that the only way to put the lid on the Middle East is to return militarily to Iraq and to make it clear to Iran that its nuclear ambitions are untenable and unacceptable.


The ancient Romans knew a truth they share in the phrase, “Si vis pacem, para bellum.”  If you want peace, plans for war.


About the only thing that is predictable is that somewhere in the world there will be new wars and, given its power and its responsibility, America may well be engaged in restoring the peace.