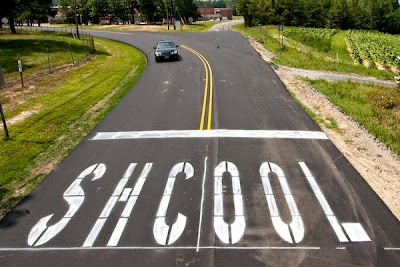 
I used the verb “stupefying” to describe a long process in our nation’s schools that has produced several generations of Americans, dumbed down and resulting in more than half who are functionally illiterate, nor can do math, and, as a recent headline reported “Student’s Results in Social Studies Stagnate.”


“U.S. middle-school students’ performance on social studies didn’t improve much between 2010 and 2014, federal test scores released Wednesday (April 29) show, underscoring concerns about the uniformed citizenry and workforce.”  When it comes to U.S. history, the share of students scoring at or above proficiency last year was 18%, up one percentage point from 2010. In other words, over 80% failed to have a grasp on the subject, critical to every citizen’s understanding of U.S. history, its Constitution, and governance.

An extraordinary new book by Samuel Blumenfeld and Alex Newman, “Crimes of the Educators: How Utopians are Using Government Schools to Destroy America’s Children” ($26.95, WND Books) should be the center of conversation for a nation’s media, but I suspect this may be among the few places you would learn about it. Blumenfeld has written ten books on education and Newman is an international journalist, educator and consultant.


What history does teach us is that progressives, also known as communists, have slaughtered millions in their quest to create the perfect society where everybody earns the same amount, thus abandoning them to equal poverty. To achieve this, it was necessary to exercise complete control over what the children learned and what the media shared as news.


Blumenfeld notes that “In the United States the socialist utopians adopted a new and unique method of conquering a nation; by dumbing down its people, by destroying the brainpower of millions of its citizens.”


This was launched in 1898 by John Dewey, a socialist, and outlined in his essay titled ‘The Primary-Education Fetich.’  “In it he showed his fellow progressives how to transform America into a collectivist utopia by taking over the public schools and destroying the literacy of millions of Americans.”


“The plan has been so successfully implemented that it is now a fact that half of America’s adult population are functionally illiterate. They can’t read their nation’s Constitution or its Declaration of Independence. They can’t even read their high school diploma.”


This was achieved by changing how children are taught to read in our government schools. Previously the method was phonetics in which children learned the alphabet, the sounds the letters represented, and how in combination they composed words. The present method is called “whole word” in which the child must recognize the whole word without identifying its alphabetical elements. “That forces children to read English as if it were Chinese,” says Blumenfeld.


He notes that most teachers are unaware of what they are doing and most parents trust the public schools that are supposed to represent the cherished values of our democratic republic. “But the unhappy truth is that today’s public schools have rejected the values of the Founding Fathers and adopted values from nineteenth-century European social utopian plans that completely contradict our own concepts of individual freedom.”

Blumenfeld also identifies a fact that is hidden in the growing numbers of people who having passed through our schools or attending experience dyslexia and learning disabilities.  Brain scans have demonstrated this. Our schools are places where the answer to the normal child’s energy and curiosity is deemed being “over-active” and our schools “push various psychiatric drugs on millions of children by requiring them to take such powerful, mid-altering stimulants as Ritalin or Adderal to alleviate such school-induced disorders as attention deficit disorder (ADD) and attention deficit/hyperactivity disorder (ADHD). These drugs are as potent as cocaine and have even caused sudden death among teen athletes.”


The statistics cited in “Crimes of the Educators” have been published by Jeb Bush’s Foundation for Excellence in Education and they include:


More than 25 percent of students fail to graduate from high school in four years; for African-American and Hispanic students, this number is approaching 40 percent.


According to tests in 2012 given to 15-year-olds by the Organization for Economic Cooperation & Development, U.S. students were at 17th place in the world on reading, 29th in math, and 20th in science.


“These failures,” says Blumenfeld, “ are not the result of an accident. They are the result of programs created by the best-organized and best-paid educators on the planet. All of these programs that create failure were conceived to produce precisely the results we are getting.”


This explains, too, why many concerned parents have decided to teach their children at home while others spend their money to have their children tutored to overcome the damage of our public schools.


If you have looked around and thought to yourself that too many of the people who see, hear, work with, and who vote are dumb, you now know why.

For those with real interest in going to the next level, here's the authoritative book for your summer reading list . . . http://www.deliberatedumbingdown.com/MomsPDFs/DDDoA.sml.pdf

This post raises a lot of questions, all along the lines of "How can this be?" How do the numbers of "functionally illiterate" divide up with respect to family income; with respect to suburban vs. inner city; with respect to race, ethnicity or the parents' ideology (are they being taught from early on to "fight the system", for example; parents with a tribal mindset are death to a child's ability to learn naturally and well all that it needs to learn)? And what kind of ignoramus would forsake the tried and true method of "sounding out the word, letter by letter" to teach reading (as I recall, I basically taught myself, as I loved reading--"See Spot run", "See Dick and Jane play with Spot" was great stuff, because it led me directly to being able to understand "The quality of mercy is not strained; it droppeth as the gentle rain from heaven, upon the just and unjust alike"); and who would make such an ignoramus an "educator" in the first place?

Frankly, I don't think it is just the fault of educators per se. I think it is the divisions in our society (black vs. white, middle class vs. poor) that cause too many kids to grow up with in-bred animosity towards those who are different from their group, and waste their early, learning years fighting the "system" rather than focusing on the common enemies of everyone: personal ignorance, and mistrust of the "world" in general. In short, dogmas old and new are ascendant in the world today, because too many parents (rich and poor) have embraced them, rather than the love of pure reasoning and true learning.

We agree that one of the worst things we've observed in modern education is the failure to teach kids to read properly. Most schools ignore the phonetic basis of the English language and simply encourage the kids to memorize the most frequently used words in popular literature -- as if they were pictures -- and leave it at that. This causes severe under-development of the left side of the brain (the part that sequences, and scans, and puts one thought after another) and over-development of the associative right side of the brain, often resulting in dyslexia and ADHD.

Imagine, for example, being presented with these 25 words as your first exposure to reading:

What could you do but memorize whole words as if they were pictures?

But now imagine being presented with these 25 words:

Almost immediately, with just a tiny bit of help from a parent or teacher, you'd be scanning from left-to-right, recognizing common word endings, sounding out unfamiliar words, etc.

My wife and I were so incensed when we saw what was happening in our local schools (and found that we, like Flesch, could do very little about it) that we wrote a do-it-yourself teach-your-kid-to-read course for any parent who wants to head off (or undo) what the schools are doing to their kids. It's free and it's here:

The long range plan may be to beat the public over the head with one size fits all programs such as Common Core and programmed learning. When the public has finally had enough, liberal reformers will present a plan for dozens of different educational paths, as we can already see in areas with proliferating charter, voucher, special ed, programs. Those programs will morph into free standing schools.
Of course, this would involve a transformation of a magnitude no local school board could undertake, so the federal government will have to step in and save the day.

The little child standing by, watching the emperor parade by, says, "But, isn't that how we started out, with neighborhood schools."