"Change" for the Worse 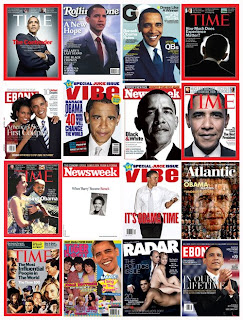 Previously I have written that the global warming hoax was essentially dead and that the many Green organizations advocating all kinds of programs to wreck the nation’s economy were “desperate.”

The Sierra Club, the Friends of the Environment, and the countless other Green organizations are euphoric and they have reason to be.

The election of Barack Obama and a Democrat controlled Congress has put the Greens in the driver’s seat and we face at least four and possibly eight years of executive orders, legislation, and regulation based on a scientifically baseless lie that will introduce Americans to what life is like in Third World nations where electricity is both costly and unpredictable.

It seems likely that the ban on offshore oil exploration and drilling will be extended, despite President-elect Obama’s hints that he would consider lifting it. At present 85% of America’s continental shelf remains unexplored despite the fact that it is widely believed extensive reserves of oil and natural gas exist.

No oil company will spend the billions necessary to build a new refinery in America while under the threat of a windfall profits tax. Indeed, the few that remain may consider moving their headquarters to friendlier locales.

The nation will need to vastly increase its ability to provide more electricity by 2030 as our population increases, but we have an aging “grid” that was built in the 1950’s and 60s. It is in need of significant upgrading and expansion. At the same time, utilities are being required by states to spend millions purchasing millions of dollars of worthless “carbon credits” in order to continue their present operations, more than half of which depends on coal-fired generation plants. Meanwhile, China is opening a new one every week, recognizing that it cannot meet the needs of its people without considerably more electrical power.

What utility will want to invest millions in building much-needed nuclear plants when the current Senate Majority Leader refuses to allow Yucca Mountain to open in order to receive spent fuel for storage?

The billions that will be given to ineffective and impractical “clean energy” alternatives such as wind and solar power will simply be a diversion from the proven means of generating electricity and will prove to be unreliable. Wind turbines, on the average, only operate a third of the time and generally at off-peak hours, and thus require traditional generation plants as constant backup.

The global warming hoax will gain new life despite the obvious evidence that the Earth is now into a new cooling cycle and has been since 1998. The good news is that Congress will not act on a bill to limit alleged heat-trapped 'greenhouse gases" until at least 2010. It has other priorities such as a huge financial crisis.

Americans who are already drowning in messages to live a “green” life will find that communities and cities will impose laws that will eliminate their choices. California has passed laws restricting the building of fireplaces in homes and it is not beyond possibility that many other laws will follow in other states, ranging from a ban on backyard barbeques to restrictions on gasoline-operated lawn mowers. Congress has already banned the sale of incandescent light bulbs in a few years. There is nothing to stop it from banning plastic bags and anything else that is not deemed bad for the environment.

Life in America is going to become more costly and offer fewer lifestyle choices. It is also likely to grow darker as brown-outs and black-outs become more common, disrupting business and personal activities, including the use of every computer that depends on a reliable, constant source of electricity.

It’s bad enough that Sen. John McCain believed that global warming is occurring. Now we have a President-elect and new Congress that will be able to act on that false belief. That is what 52% of Americans have elected to office.

It’s bad enough that America has enemies like Al Qaeda and nations such as Iran, Russia, North Korea, Cuba and Venezuela, to name just a few. Now we will have internal enemies dedicated to thwarting any new energy vital to our growth and eager to require that you to live a “green” life whether you want to or not.

The warnings have been ignored. The fanatics are in the halls of power. This is the reality of the “change” for which a majority of Americans voted.
Posted by Alan Caruba at 1:32 PM

Fear not. To rule with absolute power, you need total control EVERYWHERE. This story suggests Republican majorities in Arizona's state House and Senate, along with their utility regulating agency, will have veto power over an upcoming cap-and-trade plan: http://www.americanthinker.com/blog/2008/11/post_135.html

Another scare in the incubator : The Oxygen (O2) ‘Crisis’ to Alan Caruba
Just how will the Obama camp tackle this nightmarish future, Alan?
It seems that there is no end to the ‘scientific claims’ and ‘global threats’ to blight our lives which come out of the UN, the Greens and various special (pseudo) scientific interest groups. Only recently, in the face of widespread bad weather and growing public disbelief in the fraudulent claims of the Warmist, (regardless of their contortionist acts to make AGW attributable to everything) do two more scare stories appear in the MSM, without – of course – any alternative view to yet another doomsday fantasy.
One article from the UK ‘Guardian’ in August, states: “Could the decline in oxygen ( O2 ) in the atmosphere undermine our health and threaten human survival?” few real facts emerged – only MSM ‘facts’ in just another would-be scare cranked out by an ever desperate MSM vying for more circulation.
The real facts about the O2 in our atmosphere pose not one jot of anything about which to be worried. Measured over the past 100 years atmospheric O2 concentrations have remained remarkably stable at 20.95%. Recent instrumentation precision has further refined this figure to between 20.94 – 20.95%.
The ‘crisis’ speculators are running riot and there is the obligatory book to fan the flames: “The Oxygen Crisis”, by a certain Roddy Newman. He claims that decreasing forest cover due to deforestation over the past 10,000 years, encroaching desertification, reduced ocean phytoplankton, ocean ‘dead zones’, and more, are the reasons for this ‘crisis’. Never mind the facts just give us another reason to run around like frightened chickens.
Ten thousand Years, eh? Well, that puts we Homo Sapiens – that ‘orrible species, the plunderer of worlds, destroyers of Eden firmly in the crosshairs. Hastily re-planting my garden with more trees (more O2 ?) to avert the coming (or is it upon us?) ‘crisis’. I then come across the real facts of this doom O2 scenario which hit me like a whiff of oxygen to a gasping man.
A piece by Wallace Broecker of Columbia University assuaged my panic; entitled, “Et TU, O2”, the truth pours out:
1. Our atmosphere has enormous reserves of O2. Even if we burnt every tree, every shred of organic matter in the soil, every lump of coal and barrel of oil – no matter how stupid we behave we do not have the capacity to barely dent our atmospheric O2 supply.
2. Contrary to popular belief our forests are not dominant in maintaining O2 reserves as they consume as much gas as they produce. In the tropics, where most and more dense biodiversity exists, insects and fungi eat almost all photosynthetic O2. Yes, some O2 is consumed in fossil fuel usage (that combustive triangle) but is so miniscule it can be ignored. In any case, our world’s biomass is experiencing a diverse and growth boom in this interglacial period on the back of naturally elevated CO2 levels with attending greater levels of O2. Global Greening is in progress. However, the real O2 production factory is belived to originate in the geochemistry of the deep-ocean sediments – but no-one knows for sure. In any case, our bodies regulate our O2 input to 5% concentration to our major organs; too much would harm us.

In the 1920s, when steel production was surging someone said that in 50 years all the world’s O2 would be consumed. It wasn’t! Obviously there is a planetary atmospheric regulation system at work about which we have little knowledge, and on which we have absolutely no effect nor any means of control whatsoever. Contiguous and continuous life on earth is firm evidence of such regulation (but don’t hold your breath waiting for the next round of Oxygen Credit Trading to be announced).
Then, today, CNN has a piece on the latest hob-goblin – The Brown Cloud, and, yes, it is responsible for yet more global warming. The good news is that if we all revert to life before fire it will be gone in a week. You just couldn’t make this up – but someone does; where do they find these people?
The scare and ‘crisis’ is over. The real scare is that the people that rule our lives at all levels, including those at the very pinnacle of power, have been convinced by self-serving elements that these scares are real and have a basis in actual fact and they must bankrupt the world in order to ‘cure’ us.
That scares me
Clive in Laoag City, RP

Here is a quote that really fits the comments made by Clive...."It would be better to live under robber barons than under omnipotent moral busybodies. The robber baron's cruelty may sometimes sleep, his cupidity may at some point be satiated; but those who torment us for our own good will torment us without end for they do so with the approval of their own conscience." - C.S Lewis

Submitted for your approval, If the left proclaims that we currently live in a facist society due to the Patriot Act- Longer lines at the airport, cameras watching our every move, big brother listening to our overseas phone calls, what shall we call it when incandescent light bulbs are outlawed? By that I mean we will not be able to buy or use them. As opposed to air travel, where we are free to travel for any reason to practically anywhere.
I fear a time when carbon taxes will be imposed on each household. I fear a time when we cannot use gasoline powered...anything. I fear facisism. All it takes is an attractive scapegoat.
Perhaps someone reading this may believe I have taken too big a leap by connecting light bulbs to freedom,I will,however,happily read opposing opinions while sitting by the light of my low wattage flourescent fireplace.
Sincerely,
Scott A. DeCarlo DuBois, PA