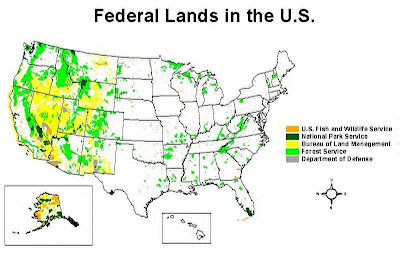 January 20 may be a day that Barack Obama comes to rue. At that point all that change he’s been promising will begin to become visible.

Howard Kurtz, the Washington Post reporter on the nation’s media, has noticed the complete abandonment of any reality by journalists in the print and broadcast media these days, asking, “Are journalists fostering the notion that Obama is invincible, the leader of what the New York Times dubbed “Generation O”?

I am reminded of President-elect Obama’s campaign warning that, “We can’t drive our SUVs and eat as much as we want and keep our homes on 72 degrees at all times…and just expect that other countries are going to say okay…” Or maybe we wouldn’t have to worry so much about what other nations say as what our Congress will say.

Congress has already banned the future sale of incandescent light bulbs. Don’t like having a choice? Too bad. The list of environmentally incorrect things Congress may ban is endless.

Meanwhile, billions more of OUR MONEY may be tossed to the ailing Detroit auto industry even though polls suggest most Americans think that is a bad idea as opposed to they’re having to declare bankruptcy and restructure their way out of crushing union contracts.

Energy independence? You won’t get it if the ban on off-shore exploration and drilling is not lifted and the ban on drilling in ANWR remains intact. There are lots of other places in the nation that will be declared off limits to drilling and mining. Why is that you ask?

Sen. Harry Reid, Majority Leader, wants to pass an Omnibus Public Lands Management Act, a monstrous cornucopia of more than a hundred bills that would place new restrictions on energy exploration, home construction, and business activity. Reid (D-NV) is hoping to slip it through this week’s lame duck session of the Senate. Hopefully it will die in the House.

Millions of acres of land, both public and private, would be put off limits to any useful purpose through the creation of National Heritage Areas, new wilderness area designations, and the introduction of something ghastly called “view scapes” and “sound scapes” that would render vast areas restricted from any new roads, expansion of towns, farming, mining, drilling, and anything else that might contribute to the nation’s energy and economic needs.

This and other nasty pieces of legislation are going to come flying out of the Democrat-controlled Congress that, for the last two years of Bush’s administration, is notable for having done almost nothing. I suspect President Obama is going to find himself at odds with Speaker Pelosi and Sen. Reid, both of whom favor increasing taxes and festooning the nation with more bizarre environmental restrictions.

Meanwhile, the governors and mayors of states and cities that have been spending money and digging an ever-deeper hole with civil service pensions and other benefits are going to be trekking to Washington, DC, hats in hand, for a piece of the action.

President-elect Obama will discover there is less and less money to give away. The United States, if we had to pay off our present debts and entitlement program obligations, is essentially broke. So are the States and so are many of the cities.

It won’t be Santa Obama. It will be the Obama who has already told us to tighten our belts, lower the thermostats, drive and eat less.

Notice that I say “us”, not the federal government, the cause of all our current miseries.

What good are property rights if Congress can simply confiscate privately owned land by declaring it a "view scape"?

Do you seriously think Congress will rein in the $1 trillion regulatory death grip it has imposed?

Do you really think Congress will provide more access to our own oil, natural gas, and coal reserves? Wilderness protection is wonderful right up to the moment we discover we no longer have a timber industry and have to import it from other nations.

Can we expect Congress to reform U.S. agriculture policies left over from the Great Depression?

Do you think Congress will liberalize trade with other nations?

Would an Obama administration want to admit that global warming is not happening?

There are so many things that Santa Obama and the Congress will not do to energize the most productive people on Earth.

So, stock up on those incandescent light bulbs, canned foods, and, oh yes, ammunition.
Posted by Alan Caruba at 1:07 PM

Congress still acts like we're rich, rich, rich. Billion for this Muslim country who worship a God that commands that they hate us and want to enslave or destroy us. Billions for countries all over the world and they hate us and spit on us. It's "other people's money" so what is the big deal? That's how politicians think. How about a 10% across the board cut in goverment staffing? Perish the thought.

There's a developing story about these federal lands.

Part 3: Wild horses - mustangs - are being slaughtered, on federal lands.