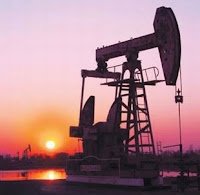 My mind keeps circling back to the recent campaign and focusing on two coincidences. I am the last person to subscribe to conspiracies, but it is entirely likely that two events during the campaigns were something less than just coincidence.

At a point in the campaign when John McCain looked like he had a decent chance to aggregate enough votes to win, Secretary of the Treasury Henry Paulson held a sudden press briefing in which he put forth a three-page proposal that would put him in sole control of the distribution of billions of dollars.

Let us grant that the prospect of major investment houses collapsing and taking Wall Street with them would have been enough to scare the daylights out of anyone in his position, but let us also grant the crisis had been in the making since at least 2006. Let it also be said that the announcement could not have come at a worse time for the McCain campaign. His response, going off-schedule, rushing to Washington, D.C., didn’t help. By contrast, Obama remained preternaturally calm.

History hinges on such events, but try to imagine how the campaign might have gone without that dramatic event? It wasn’t as if the “bundling” of those worthless mortgage loans hadn’t been going on for a very long time and at the time McCain was tied neck-and-neck with Obama for much of the campaign.

The second coincidence was the way the price of oil dropped precipitously during the last months of the campaign. Indeed, exactly four months before Election Day. A friend and veteran oil industry insider suggests that this was “a deliberate move by OPEC to get the American public to forget about high gasoline prices before the presidential election,” adding, “I would say that OPEC’s plan worked perfectly.”

Recall now that in June “the main issue in America was high fuel prices.” When John McCain said he favored lifting the ban on offshore oil drilling, the prices began to fall. Currently, President-elect Obama who previously signaled that he agreed with McCain now says he favors continuing the ban on offshore drilling.

The likelihood is that oil prices will begin to rise again. OPEC wants the price of a barrel of oil to hover around $70.00.

To this day, I have neither heard nor read any of the usual pundits make a connection between the skyrocketing cost of oil that made it impossible for any business to accurately plan for the future. It kicked off the cascade of business failures, lay-offs, defaulting mortgages, and foreclosures that led to the financial meltdown.

Over the weekend the leaders of various nations will meet to try to find ways to restructure the international banking system. There is one way to deal with the financial crisis and that is to let the “market”, the millions of individual decisions people make regarding what to purchase and where to invest, correct itself.

After all, banks are in the business of making loans and a nation with sufficient energy reserves is in control of its own fate.

It has always been government intervention in the “market”; interfering in some way or other that triggers these financial crises. And now the federal government has purchased ownership in banks, insurance companies, and is contemplating a multi-billion bailout of some automobile manufacturers who fell victim to both predatory unions and bad management decisions. The “market” would let them fail.

If one draws no other lesson from this financial crisis, it is that the world runs on oil.

It’s like Pogo said, “We have found the enemy and they are us.”
Posted by Alan Caruba at 12:02 PM

Looking at the electoral maps for the past 2 elections made me think of the extent to which the American People has been swindled during this last electoral cycle. Note that the ‘redness’ of the map actually increased in 08. (Red=republicans Blue=Democrats amazingly)

The results of the elections do not reflect the ‘will of the people’, but amounts to a veritable ‘coup d’état’ perpetrated against the American people without firing a single shot and in plain sight. Three major aspects of the campaign come to mind to justify this statement.

1. The Democrats had close to 7 times more money available from donations than the Republicans. A lot of these moneys were collected from anonymous sources and even from outside of the US. ( $ 460,000,000.00 vs. 85,000,000.00 ?)
2. The so called ‘main stream media’ which is the major source of information for most of the populace exhibited an amazing level of bias in reporting and even engaged in actually ‘promoting’ the Democratic candidates while never showing any interest in the most salient questions relating to the background, experience and prior associations of the candidates. (Example: If it had surfaced the information that McCain had for 20 years participated in weekly meetings of the KKK this would have spelled doom for his candidacy. Not so for Obama and the Church of Rev. Wright.)
3. The ‘community organization’ type of movements assisted the Democrats in collecting or ‘bringing out the vote drives’. In a military type of disciplined effort they may have been able to gather perhaps a few million votes in key states and were instrumental to closing the deal.

Given these circumstances however, we still have the amazing fact that the Democrats never at any one time really pulled ahead in the polls which signifies that the election was won through the effects of unfair and illegal manipulation of factors exterior to the public opinion. (52 % to 46 % ?) Without any of the three factors mentioned above they would not have won.