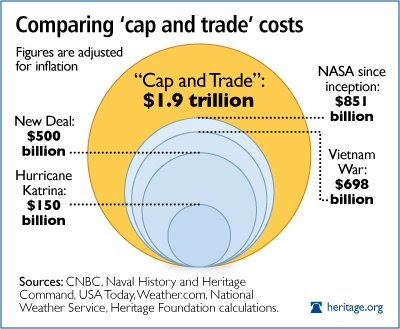 Ever since the “global warming” lie began, for at least two decades or more, I have been writing about what a huge hoax it was and is. For all that time I believed that if the truth got out and reached enough people, they would conclude it was a lie.

The entire credibility of major so-called environmental organizations and institutions such as the United Nations rests on whether there ever was a greater than natural warming cycle; one that would cause harm to the world. Patiently I pointed out that the most recent natural warming cycle had begun around 1850 following a lengthy little ice age of some five hundred years duration.

In the United States, despite all the braying about warmest years and such, the height of the warming cycle appears to have been in the 1930s, causing havoc among farmers, particularly in the Midwest. In 1998, meteorologists and climatologists began to take note of a cooling cycle. It has been gaining momentum since then. Yes, the Earth is cooling, not warming.

Despite this, the White House and the U.S. Congress—at least its Democrats—have been telling everyone that, because of global warming, the United States government must impose draconian regulations and restrictions on “greenhouse gas” emissions, by which they primarily mean carbon dioxide (CO2). The claim, utterly false, is that CO2 is “forcing” a warming that will kill us all if we don’t reduce energy and other emissions.

The utterly vile politicians advancing this—I will not name them because the very act causes nausea—had better begin to pay some attention to public opinion on the subject because the Gallup, Zogby and Rasmussen polling organizations all are reporting that large majorities of people no longer believe their lies.

“They have failed,” said Gallup Poll editor, Frank Newport. “Any measure that we look at shows Al Gore’s losing at the moment. The public is just not that concerned.”

Turns out that people are more concerned about the economy. And well they should be given the insanity being perpetrated by the White House and Congress. If there is a God in Heaven, there has to be a huge backlash in the 2010 midterm elections.

As Newport points out, “some 41% believe global warming claims are exaggerated,” adding “that’s the highest we’ve seen.” Zogby and Rasmussen report comparable results, give or take some percentage points.

Zogby asked people what they thought of the “cap-and-trade” legislation that would regulate CO2 emissions and got the following results: Support 30% Oppose 57% Not sure 13%.

In late April, Rasmussen reported that, “Just one-out-of-three voters (34%) now believe global warming is caused by human activity, the lowest finding yet in Rasmussen Reports national surveying. However, a plurality (48%) of the Political Class believes humans are to blame.”

The “Political Class” is the enemy. They are the scoundrels that stand to line their pockets by investing in companies that will benefit from “cap-and-trade” and Obama’s lies about “clean energy.” They are buying into solar and wind energy companies that are receiving billions in federal subsidies and grants. Anybody who invested in ethanol production has already lost their shirt.

The Waxman-Markey Climate Bill should make of their names the equivalent of Benedict Arnold because both are advancing legislation that would destroy the nation’s economy. The bill requires the nation to reduce its CO2 emissions by 2050 by 82% below current levels. That means a vast reduction in energy use, i.e. coal, natural gas, and oil.

Why would they advocate reducing emissions to avoid a global warming that is not happening? Why are so many in Congress wedded to this hoax? And will Americans permit them to get away with this?

Instead of doing everything possible to encourage energy companies to find and extract the energy reserves the United States requires to function and grow, the White House and Congress is doing everything in its power to restrict energy use.

Die, global warming, die! If this greatest hoax does not die, the United States will be forced to commit economic suicide.
Posted by Alan Caruba at 11:52 AM

The instructions for US economic suicide Sir, come from on high...

“Isn’t the only hope for the planet that the industrialized civilizations collapse? Isn’t it our responsiblity to bring that about?” - Maurice Strong, founder of the UN Environment Programme.

My new novel, "The Middle Fork" takes on global warming through dialogue while kayaking down the wild Salmon River in Idaho. The characters are real people and the discussion is punctuated by monster white water, snake attacks and flash floods. Take a look at: www.themiddlefork.us.

Ayrdale: Thank you for reminding me and all of those visiting this blog of Maurice Strong's statement. It is the essense of the UN Environment Programme!

I am finally reading Ayn Rand's "Atlas Shrugged" for the first time. It seems extremely timely, as our politicians are indeed trying to kill our economy.

Rick, I'll have to read your novel. I'll be looking for it.