Torture? Who Are They Kidding? 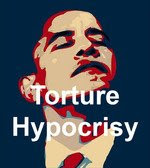 I come from a generation that, for 44 years, fought the Cold War with the former Soviet Union until its collapse in 1991. Occasionally that war got hot in places like Korea, Vietnam, and tiny Grenada. Over a succession of Presidents from Truman to Reagan, all maintained the Cold War until its successful conclusion.

Too many Americans think that we have only been fighting the Islamo-fascists since 9/11, but they have short memories. We have been in conflict with them since 1979 when the Iranian revolution seized American diplomats and held them hostage for 444 days until the inauguration of Ronald Reagan.

In 1982, the U.S. Embassy in Beirut was bombed by Muslim terrorists. In one incident after another Americans were repeatedly targeted. In 1985, the Italian cruise ship was seized and a 69-year-old American was shot and thrown overboard. In 1986, a West Berlin discotheque frequented by U.S. servicemen was bombed under orders of the Libyan dictator. One American died. In 1991 the U.S. went to war with Iraq after it had invaded Kuwait.

In 1993, on Clinton’s watch, the World Trade Center was bombed. That same year 18 American troops were killed in Somalia and one was dragged through the streets of Mogadishu as Muslims cheered. In 1995, five Americans were killed and 30 wounded by a car bomb in Saudi Arabia. In June 1996, a U.S. Air Force housing complex in Saudi Arabia was bombed. On August 7, 1998, U.S. embassies in Kenya and Tanzania were bombed.

During the Clinton years the response was no response to these acts except for a lot of talk and, in the case of the first Twin Towers bombing it was treated as a local criminal act, not an act of war.

On September 11, 2001, the second attempt to destroy the Twin Towers was successful. Among the terrorists were 19 Saudis. More than 3,000 Americans died. George W. Bush was President and, by September 29, a poll reported in USA Today revealed that the “Public stands firmly behind war.” Approval for the action taken in Afghanistan stood at 92%.

Flash forward to today when we have a President in office who won largely by campaigning against the war in Iraq and refusing to admit publicly that the “surge” had proven successful. Once in office, he would authorize a similar surge in Afghanistan, declaring it the new front in the war on terrorism even though it was obvious that Pakistan was where it was being waged by the Taliban.

His opponent in the 2008 campaign was John McCain, a former Navy pilot who had been the “guest” of the Vietnamese for some five years, enduring torture that left him unable to raise his arms above his head. He, however, joins the Democrats in condemning torture. Medal of Honor winner, Col. Bud Day, was a prisoner at the same time suffering torture from 1967 to 1973 that I would not repeat here because it was so severe. He says, “Our President and those fools around him who keep bad mouthing our great country are a disgrace to the United States.”

The Democrats have made much of “waterboarding”, a procedure that many U.S. military endure as part of their training to resist “aggressive” interrogation if captured. It doesn’t kill and it doesn’t leave those receiving it permanently injured. It is unpleasant and, when it is necessary to extract information that will protect the lives of thousands of Americans, it works. That much is public record.

Adding to the waterboarding debate is the new factor of the Speaker of the House’s assertion that the Central Intelligence Agency “lies” to Congress “all the time.” The real question is who is lying; Rep. Nancy Pelosi, third in line for the presidency should both the President and Vice Present be killed, or the CIA?

The refusal to recognize who really engages in torture and barbaric acts has been one of constant denial by the Democrats and the White House. When President Obama takes the high moral ground it does not change the fact that the terrorists routinely engage in beheading their captives. This barbarism was dramatically demonstrated when Wall Street reporter, Daniel Pearl, suffered that fate and there is nary a word about the thirty years of butchery in which Saddam Hussein engaged while dictator of Iraq.

We are at war, not only with state-sponsored torture and butchery by non-state actors such as al Qaeda and the Taliban, Hamas and Hezbollah, but with a culture of cruelty that goes back centuries in the Arab world.

It is a culture that routinely stones to death women accused of adultery and excuses “honor killings” of women that are innocent only of refusing to be married off to men not of their choice or seeking escape from men who beat them. It beheads people deemed “infidels” or those said to have broken Sharia law.

The catalog of Arab Muslim depraved acts includes killing those at prayer in mosques and, of course, the campaign of terror unleashed against Israel called the “Intifada.” It has continued to this day with thousands of rockets fired into Israel by the very people with whom the present administration insists the Israelis make “peace” by giving up more of their land.

As recently as a week ago, four American Muslims were arrested for allegedly planning to kill Jews at prayer in two New York synagogues and shooting down a U.S. aircraft.

The willful refusal to admit that the United States and the West is at war stands in stark contrast to the Cold War.

The debate over so-called “torture” in Guantanamo or anywhere else is a smokescreen to distract Americans from the real enemy and the very long war that must be waged against them lest they bring weapons of mass destruction to our shores and kill millions of Americans.

The “mess” that President Obama blames his predecessor for kept this nation safe from attack for his two terms in office. Obama's first term began with a deep bow to a Saudi Arabian prince.
Posted by Alan Caruba at 11:57 AM

This is the most sensible, convincing and accurate way I have ever seen the current affairs described. You have actually convinced me that water-boarding is alright.

The only issue we don't see eye to eye with is Israel, and yet I don't exactly disagree with you. To be honest, Israel was the worst idea the West has ever come up with. Don't get me wrong, I love the fact that the Jewish people are now once again united under one nation, but sharing land with these people- HORRIBLE IDEA.

Yet, at the same time, it is 100% unreasonable to expect the Jews to withdraw from Israel. That land has been warred over by the major world religions for thousands of years- and they have every right to fight for their country. It just shames me that humanity is that animistic that it fights wars at all.

So yes, I am a peace loving, weed loving liberal. But, I understand that these people aren't. The affairs of the past don't matter anymore - they want to kill us. They grew up wanting to kill us. They will always want to kill us. If their children can grow up level headed and with a sense of scrutiny, this can change in the future (there are actually a lot of peaceful people in Iran, and the culture can be quite beautiful). But these radicals must be killed. It's a horrible scenario, a horrible solution, yet it's the only way. I hate to admit it, but it is the only way.

Chris - I applaud your position. See, it IS possible for someone on the left to actually understand that these people simply want us dead and will stop at nothing to achieve their goal. Now, all we have to do is explain that to the rest of the left in a way that they can understand.....

I do not have the time nor want to take the time (wasting my time) to adequately rip your specious and non-substantive argument to shreds or correct your obvious errors, but four things in particular stand out as even more nonsensical than the rest:

1) The obvious real point of your piece is about vilifying Muslims/Arabs and making the case that we need to be tough on terrorists, but has absolutely no connection whatsoever to justifying torture. In fact, only one paragraph, the ninth, even remotely attempts to justify--falsely--torture, while the first seven paragraphs and six of the last seven don't even mention the word torture.
2) I guess when you say Bush "kept this nation safe from attack for his two terms in office," you mean other than 9/11 and all the attacks on our troops/people as part of our illegitimate Iraq war/occupation. Also, logic 101 says there's no way to prove Bush/Cheney's illegal actions are what kept us "safe" or that legal actions wouldn't have been just as effective.
3) In typical hypocritical conservative fashion, you decry the torture committed by others (Arabs, Muslims, etc.) yet blithely dismiss the torture committed by your own country.
4) Worst of all, you disingenuously make this out to be a concern of only Democrats (other than John McCain) and the Obama White House, but what about conservatives like Bruce Fein, John Dean, Shepard Smith, Andrew Sullivan, Jonah Goldberg, Ken Adelman, Judge Napolitano, Pat Buchanan, Colin Powell, Mancow....just to name a few; military leaders like David Petraeus, Antonio Taguba, Ricardo Sanchez, Mike Mullen, Barry McCaffrey, David Irvine, Janis Karpinski....just to name a few; numerous military lawyers and former Gitmo prosecutors and overseers; numerous members of the Bush/Cheney administration, notably the FBI and the CIA Inspector General; and innumerable former interrogators, all of whom have admitted to and/or condemned Bush/Cheney's egregious torture program?

I'm sorry, but I have no patience at all anymore for nitwits who continue to support and/or deny the illegal, immoral, impractical, and anti-American acts of torture committed by the reprehensible Bush/Cheney administration, a view shared by the majority of the American people. So, when it comes to torture, the real question is who are YOU kidding?!