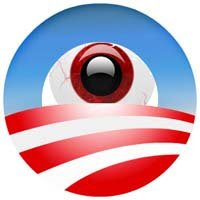 I listened to President Obama’s speech at Notre Dame and there is no denying this is one of the most gifted orators of our times.

Given a carefully crafted speech, Obama can deliver a spellbinding performance; one that sounds so good during its performance that you have to read the text to fully grasp how completely Orwellian it is.

It was George Orwell who gave us the phrase “Double Speak” in his famous novel, “1984”, an allegory of totalitarian dictatorship and a warning against the threat of Communism embodied in the then Soviet Union. The Russians and the people in the captive Soviet satellite nations all knew they were being lied to by the leadership and their media.

The glow is beginning to dim around President Obama. It hasn’t taken long because of an intense flow of legislation and appointments, virtually all of which has been dubious, if not directly harmful to the nation’s economy and security.

That said, he was warmly greeted by the many students and others attending the commencement at Notre Dame. It wasn’t merely that he is President, but that the students in that audience were simply too young, too naïve, too unschooled in the history of our nation and the world to recognize a great deceiver like Obama.

Obama’s ability to impose crushing outlays of billions from the public treasury and then warn against the dangers of those same actions was captured recently in a Bloomberg News article that began, “President Barack Obama, calling current deficit spending ‘unsustainable’, warned of skyrocketing interest rates for consumers if the U.S. continues to finance government by borrowing from other countries.”

In his first hundred days, with the complicity of the Congress, President Obama has saddled more debt on U.S. citizens than all of the combined Presidents that preceded him. The debt we’ve had has always been sustained by borrowing from other nations; in more recent years, China and Japan.

It is utterly and completely duplicitous to create such debt and than warn against it.

It is illegal by the terms of the U.S. Constitution to tap into public funds, the U.S. treasury, to give billions in bailouts to private industry and to financial firms such as banks and insurance companies.

It is a crime to dismiss the sanctity of contract law by turning over ownership of an automobile company to the union that brought it to ruin and to ignore the legal rights of those who loaned billions to it under terms guaranteeing they would be the first to be repaid in the event of bankruptcy.

It is the worst folly to claim that rich people, no matter how one defines “rich”, do not have a right to the money they have earned.

President Orwell…er, President Obama is engaging in the familiar and wicked practice of class warfare, the essence of socialism and communism. It seeks to divide Americans from each other and to play on the worst emotions of envy, ignoring the abundance of opportunity our society and economic system has always offered everyone.

The ultimate goal is to impoverish every one. To destroy or drive out leading industries in America, to deny the growth of the energy industries and sources needed to power America.

In January, President Obama said, “Under my plan of a cap and trade system, electricity prices would necessarily skyrocket. . . . Because I’m capping greenhouse gases, coal power plants, natural gas—you name it—whatever the plants were, whatever the industry was, they would have to retrofit their operations. That will cost money. They will pass that money on to consumers.”

So, beyond the soothing calls to be open to opposing points of view lies the implacable agenda of President Obama and his administration to do terrible harm to the United States of America.

It is Orwellian. It is pure evil.
Posted by Alan Caruba at 12:57 PM

Alan, I certainly have to say you got your blinders off.
Everytime, I see this Obamanation speak the more I believe the Devil is real. His deception is unreal. He (Obama) can't prove his American birth because he was Rosemary's baby.
Also,I have to even agree with you on FDR, who took us off the gold standard because he feared a foreign run on Fort Knox. I thought for the longest time that FDR was the great one until I started reading books. He took us off the gold standard (but wisely left us on the Silver Standard )and literally shut down most of the Gold Mines in America, confiscated the mining equipment and where did he send it to??... to Communist Russia. Here's more if you'd like to read up on it FDR Thief of America.
Obama and the press have created a panic and the great Satan...George Bush to blame it on. The sacrificial lamb.
Now, I see them blaming Christians for everything.. saying "These Christian Hate Groups".
I keep wondering when someone is going to have enough "balls" to stand up against these people.
Every comment should have a retort.

He's only a "gifted orator" because he can read a teleprompter exceedingly well.

Without it, he stumbles over his words like most of the other idiot politicians.

Why isn't what he's done impeachable????

If you mean the question about his eligibility, the problem is securing proof of whether or not he is a natural born citizen.

Several cases are in the court system to achieve this and, depending on the outcome, he will stay or go.